The Incredible Entitlement of the Welfare Lobby

Progressive America has a fever and the only solution is more welfare. Celebrities are trying to buy only $29 worth of fair trade arugula at Whole Foods and then taking snapshots of it in a mistaken effort to show how little food stamps buy. Obama is urging more social welfare spending as the answer to the race riots he stirred up across the country by embracing the Ferguson “Hands Up, Don’t Shoot” hoax. 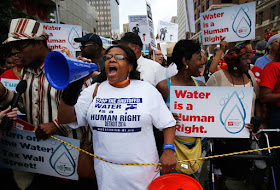 Outraged rich liberals are furiously lecturing the rest of the country on income inequality as if there were no escaping the fact that we’re a society of greedy plutocrats that doesn’t care about the poor.

Obama called for “massive investments in urban communities”. Last year, we spent $75 billion on food stamps. The year before that it was $80 billion. That’s up from $33 billion in 2007. The number of participants has doubled approaching 50 million.

Is spending $80 billion on food stamps alone for a sixth of the country not a massive investment?

Food stamp use in Baltimore under Obama increased 58%, but even back in 2009, a quarter of Baltimore and a third of its black population were on food stamps. Baltimore already accounts for almost half of the food stamp using households in the entire state.

Democratic Congressman Elijah Cummings called for an “inclusion revolution” after the riots, but the revolution in his district happened a while back where a fifth of the households are on food stamps. Even though the household racial split in the seventh is about even, 85% of food stamp households are black. Cummings says that Baltimore needs to be a model for the nation. It’s a hell of a model.

The nation can’t survive turning into Baltimore. The city is subsidized by Maryland taxpayers, a state full of bedroom communities for consultants and employees of the Federal government. Maryland didn’t become the richest state in America through entrepreneurship and hard work, but by siphoning off massive Federal spending. Billions have already been “massively invested” in Baltimore with no return.

Poor urban areas have not been “abandoned” by a cold selfish nation that spends all its time watching FOX News, as Obama claims, they have been subsidized up to their ears. Every poverty statistic is presented as if it were evidence of our guilt, when it’s actually evidence of our incredible generosity.

The angriest portion of the population lives in subsidized homes, goes to subsidized schools, shops with food stamps and even works at subsidized government jobs servicing the needs of the aforementioned. MSNBC talking heads claimed that the rioters and looters targeted the grocery and check cashing places that were oppressing the community. The only community they were oppressing was that of taxpayers.

Those were the places where urban dependents turned taxpayer subsidies into food and cash. They took their cut of a transaction that deprived millions of working families of their income and turned it over to looters.

And when the looters found the opportunity, they looted them.

Rioters don’t gleefully loot stores of snacks and liquor while posing for selfies because they’re outraged and oppressed, but because their sense of entitlement has turned them into amateur sociopaths.

None of this is about oppression or poverty. It’s about an incredible sense of entitlement.

We’ve blown past the antiquated mores in which living on charity was shameful. What’s shameful now is not spending enough money to subsidize the inflated entitlement of the perpetually outraged.

We are cruel for only dumping $80 billion into food stamps instead of $160 billion or $1.6 trillion or whatever insane figure is meant to be the real objective. Means tested welfare spending under Obama has been in the trillions. Why not the quadrillions or the quintillions? There’s no actual spending limit.

This entire twisted debate about the sad plight of the inner city is an indictment of us for not spending enough money funding every possible gimmick for the rioters and looters while believing that some crimes, such as dealing drugs or beating random people to death, should be punished by time in prison.

All the proposed progressive policy solutions have one thing in common; less responsibility. From wrecking the criminal justice system to pouring even more money into the giant urban pit, they ask America to take more risks and responsibility while expecting even less from Baltimore’s residents. 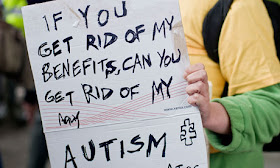 The single factor in Baltimore’s poverty statistics that mattered the most wasn’t race; it was family. Families headed by a married couple were better off than blacks or whites individually.

There are other names for that phenomenon. Responsibility. Commitment. Work ethic.

If a community doesn’t have jobs, that’s not the fault of the capitalist pigs living on their yachts while lighting their cigars with trillion dollars bills. It’s a reflection on the people who live there.

Tellingly the justifications for the looting involved claims that the businesses don’t come from the ‘community’. The question is why is the average business in a depressed urban area run by immigrants who just got off the plane with few other resources than a large family and a willingness to work their way into the ground? And it’s one of those questions that answer themselves.

It’s not racism. It’s not because life on a particular street is utterly hopeless. If it were, the Chinese or Indians couldn’t make a go of it there.

If an immigrant with eight kids and fewer language skills than even one of the graduates of Baltimore’s overfunded and thoroughly broken schools can swing the financing to open a store that provides vital malt liquor, lottery and potato chip services to the neighborhood, why can’t the looters pawing through the debris of his store figure out the same trick?

They can. They choose not to.

Hanging out with your friends and committing petty crimes that escalate until they lead to that dreaded “prison pipeline” is a lot more fun than working fourteen hours a day so your kids can go to college.

Especially if the rest of the country can be induced to subsidize your lifestyle using violence and guilt.

But the welfare lobby won’t be satisfied until it rolls back the clock to the welfare, poverty and crime rates of the seventies. Now that the race riots are here, we can look forward to experiencing the entire glorious failed experiment in human misery all over again. It’s as if the Russians had decided to bring back collective agriculture because they were tired of having so much food in their stores.

This isn’t a problem that more “massive investment” can fix. It can only make it worse. 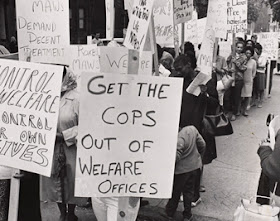 The only answer to a sense of entitlement is perspective. Our values offer us perspective. They teach us responsibility by telling us that the things that really matter are the ones that we work hard for.

The left took away those values and the sense of responsibility. They divided America into oppressors and victims. They stirred up hate mobs to burn and loot over the outrage of the moment, radicalizing irresponsibility and feeding entitlement. But the victims aren’t the ones who live off other people.

Victims work for a living. Oppressors live off them. The victims take responsibility for their lives. Oppressors only show entitlement.

The incredible entitlement of the welfare lobby has to end if the inner city is to have a future.
Daniel Greenfield at June 03, 2015
Share