Obama introduced himself to the nation as the son of black and white parents. He has gone back and forth between Christianity and Islam like a philanderer in a bar. 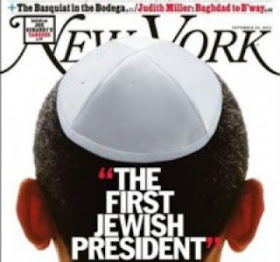 Now he has added a third religion and race to complete his identity politics trinity.

At the last White House Chanukah dinner, he claimed to have a Jewish soul. At a synagogue speech last month, he called himself “an honorary member of the tribe”. Now his former senior advisor has quoted him as saying, “I think I am the closest thing to a Jew that has ever sat in this office.”

Of course Barack Obama has also been Irish. He stated, “I consider myself an honorary Italian, because I love all things Italian”. Newsweek dubbed him “The First Woman President” in 2008 for “bending gender conventions” and promoted him to “The First Gay President” four years later. Cabinet Secretary Lu and Congressman Honda argued that he was “The First Asian American President”.

If you make up an ethnic group or race, by tomorrow Barack Obama will be a member of it. By next week, he will be lecturing it on why it isn’t living up to their shared values.

Obama’s Jewish toadies, like his multicultural frog pond toadies of all races and ethnicities, have been trying to sell Barack Obama as a “Born-Again Jew” for seven years.

His left-wing mentor Abner Mikva claimed during the original campaign, "When this all is over, people are going to say that Barack Obama is the first Jewish president.” But Abner hedged his bets, baptizing Obama in a Mikvah by urging him to study the speaking patterns of Baptist preachers instead.

New York Magazine put Obama on the cover under a photoshopped Kippah as “The First Jewish President” and whined inside that, “Barack Obama is the best thing Israel has going for it right now. Why is that so difficult for Netanyahu and his American Jewish allies to understand?”

And that’s always the conclusion. Photoshop a Kippah on Obama’s head, dub him an honorary Jew and then use that to excuse his attacks on Israel.

Jerry Seinfeld accused his dentist of converting to Judaism to be able to tell Jewish jokes. Obama undergoes an honorary conversion to be able to bash Israel.

As an “honorary member of the tribe” he is entitled to all the anti-Semitic jokes and all the anti-Semitic policies he wants. When he signs off on nukes for Iran and a PLO state cut through the heart of Jerusalem accompanied by demands for the ethnic cleansing of half-a-million Jews, it’s as “The First Jewish Anti-Israel President” who cares about the Jewish State so much that he has to destroy it.

When Peter Beinart switched his career from the New Republic hawk who after September 11 wrote “The left has proved remarkably creative over the years at blaming virtually any Middle Eastern malfeasance...on the Jewish State” to the Daily Beast’s Israel basher who could blame bad weather or a lost sock in a dryer on Israel, he declared that he was bashing Israel because he was a “Liberal Zionist”.

Beinart, among others, has argued that Obama only bashes Israel because he too is a liberal Zionist. 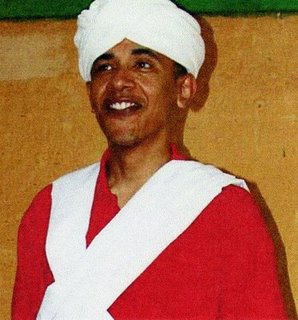 Jeffrey Goldberg, the White House’s choice for heading up its media anti-Israel campaign to relay vital tidbits like the fact that the administration thinks Netanyahu is “Chickens__t” has been pushing the “Jewish Obama” meme the hardest. After his latest agonized interview with Obama featuring the kind of journalism usually only found when teen girls interview their movie idols for Tiger Beat, he explained that “The First Jewish President” only hated Israel because he was “The First Woody Allen President”.

Or as he put it, “Obama’s impatience with Israel, and his dislike of Netanyahu, is rooted in the fact that he is a very specific kind of Jew – an intellectual, Upper West Side, social action-oriented, anguished-about-Israel liberal values Jew.”

Not the bad kind of Jew who peers through a rifle scope on the Golan or pores over a Bible.

Obama’s finest Jewish toady was reassuring liberal Jewish tribals that the man in the White House didn’t hate Israel because he was one of “them”, but because he was one of “us”. Obama’s hatred of Israel is in the finest tradition of neurotic Manhattan liberals who can’t decide whether to bemoan Israel’s descent into nationalistic warmongering or take nude photos of their adopted Asian stepdaughters.

Or, as Woody Allen preferred it in the late nineties, both.

In his synagogue speech, Obama made the pitch that he embodies Israel’s classic leftist values of the Kibbutz and its Labor politicians. His disagreements with Israel are based on “our shared values”. He was turning the language of values commonality so often used by American politicians into appropriation.

Not only was Obama the country’s first Jewish president, but he is also its first Israeli president. He can’t be anti-Israel, because he represents Jewish and Israeli values better than Netanyahu.

The correct Jewish term for Obama contending that he is more Jewish than the Jews is “Chutzpah”.

Goldberg foresees a “civil war” between the Woody Allens and the Benjamin Netanyahus. “A civil war… between an American Jewry that has been nurtured on the values of the Civil Rights Movement, and an Israeli Jewry that has been taught, harshly, that the Middle East is not a place of mercy.” 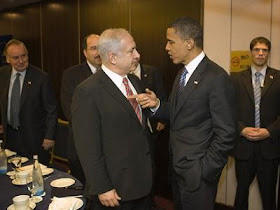 As entertaining as it might be to watch a boxing match between Woody Allen and Netanyahu, he has missed the real civil war. Obama does embody the Jewish values of a Goldberg or a Beinart because their Jewish identity is synonymous with the left. He equally embodies the Catholic values of Irish or Italian leftists or the Cherokee values of Elizabeth Warren. When your religious values have no religion in them, when your culture is a punchline and you want to sacrifice your heritage for an inspiring speech, then why not?

While Goldberg claims that the “anguished-about-Israel liberal values Jew” is the dominant Jewish archetype, demographics are reducing it to a minority in New York within a generation.

Even the Upper West Side is turning Modern Orthodox. And Woody Allen, whom I witnessed yelling at a white-bearded Orthodox Rabbi over the Palestinians a few decades ago, came out in defense of Israel during the last war and suggested that a lot of the criticism of Israel is disguised anti-Semitism.

The civil war has already been fought and won. Jews in the UK are voting conservative and support Netanyahu. So do the majority of Canadian and Australian Jews. Being anguished about values is a luxury for those whose synagogues aren’t being bombed and whose children aren’t being beaten.

When you have something to really agonize about, then you stop agonizing about your values.

The liberal Jews “nurtured on the values of the Civil Rights Movement” are dying out and are being replaced by Jews nurtured on the values of the Bible. They see no contradiction between Jewish values and a Jewish State because their values come not from the Torah of Tikkun Olam, but the Torah of Moses and Joshua, of King David and King Solomon, of Maimonides and the Maccabees.

Obama appears confident that American Jews will accept him as more Jewish than the Jewish State, but Romney picked up the most Jewish votes since Reagan and Jewish midterm support for Democrats fell 21 percent in eight years. As his pal Bill Ayers, who recently called for a boycott of Israel, could tell him, “You don't need a Weatherman. To know which way the wind blows.”

Goldberg insists that “Obama is asking Israel (pleading with Israel, in fact) to be… more Jewish.”

And Obama’s way of trying to make Israel more Jewish is by denouncing Jews for building houses in Jerusalem. Similarly “Liberal Zionists” denounce Netanyahu for wanting Israel to be a “Jewish State” because they want it to live up to the Jewish values of Barack Obama, Bill Ayers and Jeremiah Wright.

It’s all a matter of definitions. 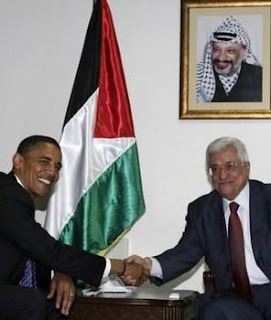 To the Goldbergs, making Israel more Jewish means making it less Jewish. By surrendering land to terrorists, expelling Jews from their homes, dividing up Jerusalem and giving up on a Jewish State, Israel will become more “Jewish”. And when its last Jewish Prime Minister, Mohammed Hussein Osama, informs them that Jewish values demand the end of Israel, they will applaud him for his Jewishness.

The other way of being Jewish is by having Jews live in a Jewish State where they speak the Jewish language and live lives based on thousands of years of Jewish tradition, heritage and religion.

The left has boldly appropriated Jewish values and identity. It has tried to pass off its politics as Tikkun Olam and the Democratic Party as the new synagogue. The Judaization of Obama is the last effort by a discredited ideology to fool its followers into believing that its anti-Jewishness is Jewish.

The Yiddish description of a hypocritical fraud is “As Kosher as a pig's foot.” Obama supporters who partake of his particular set of Jewish values are unlikely to be familiar enough with the Bible to understand the significance of a pig’s split hoof, the Midrashic tale of the pig that stretches out its cloven hooves and squeals, “See how Kosher I am” or even the Kosher status of a pig.

But those Jews who do, recognize “The First Jewish President” for the Kosher pig hoof that he is.
Daniel Greenfield at June 07, 2015
Share