The Left is Too Smart to Fail

The infrastructure of manufactured intelligence has become a truly impressive thing. Today as never before there is an industry dedicated, not to educating people, but to making them feel smart. From paradigm shifting TED talks by thought leaders and documentaries by change agents that promise to transform your view of the world, manufactured intelligence has become its own culture. 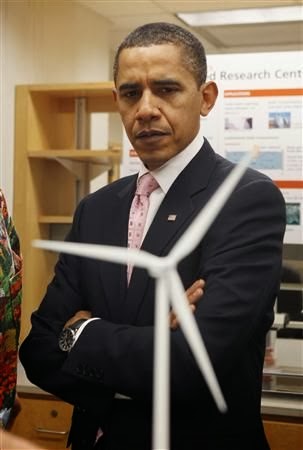 Manufactured intelligence is the smarmy quality that oozes out of a New York Times column by Thomas Friedman, Maureen Dowd, Frank Bruni and the rest of the gang who tell you nothing meaningful while dazzling you with references to international locations, political events and pop culture, tying together absurdities into one synergistic web of nonsense that feels meaningful.

There's a reason that there's a Tom Friedman article generator online. But it could just as easily be a New York Times article generator that sums up the hollowness of the buzzword-fed crowd that is always hungry to reaffirm the illusion of its own intelligence.

We all know that George W. Bush was a moron. And we all know that Obama is a genius. We have been told by Valerie Jarrett, by his media lapdogs and even by the great man himself that he is just too smart to do his job. And it's reasonable that a genius would be bored by the tedious tasks involved in running the most powerful nation on earth.

But what is "smart" anyway? What makes Obama a genius? It's not his IQ. It's probably not his grades or we would have seen them already. It's that like so many of the thought leaders and TED talkers, he makes his supporters feel smart. The perception of intelligence is really a reflection.

Smart once used to be an unreachable quality. Einstein was proclaimed a genius, because it was said that no one understood his theories. Those were undemocratic times when it was assumed that the eggheads playing with the atom had to be a lot smarter than us or we were in big trouble.

Intelligence has since been democratized. Smart has been redistributed. Anyone can get an A for effort. And the impulse of manufactured intelligence is not smart people, but people who make us feel smart. That is why Neil deGrasse Tyson, another obsessively self-promoting mediocrity like Carl Sagan, is now the new face of science. Sagan made science-illiterate liberals feel smart while pandering to their biases. Tyson does the same thing for the Twitter generation.

Obama Inc. built his image around the accessories of modern manufactured intelligence, premature biographies, global reference points and pop culture. This marriage of high and low with an exotic spice from the east embodies modern liberal intelligence. Take a dash of pop culture, mix it with an important quote, throw in some recent technological development that promises to "change how we all live", mention your time in a foreign culture and draw an insipid conclusion.

That's not just the DNA of every other New York Times column, TED talk and important book by an equally important thought leader sitting under the floodlights at your local struggling chain bookstore with its portraits of great writers on the wall and the tables groaning under unsold copies of Fifty Shades of Grey, Malcolm Gladwell, Candace Bushnell and Khaled Hosseini.

It's also the DNA of Obama Inc. It is its assumption of intelligence through compassionate self-involvement, progressive insights derived from an obsession with the self and the sanctification of Third World references, real or imaginary, invoking the spiritual power of the Other, the totem of alien magic, to transcend the rational and the pragmatic. It is upscale Oprah; egotism masquerading as enlightenment, condescension as compassion and soothing quotes as religion. 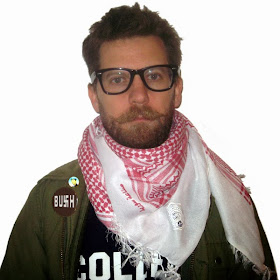 Once upon a time, bright young American men went to Europe and wrote books about the world. That was our notion of intelligence. JFK did it and was widely praised for his intelligence. Today bright young American men and women go to the Third World and write their books about the world, mining the compost of their Flickr accounts, Tumblr updates and Twitter feed for deep thoughts.

Intelligence to a modern liberal isn't depth, it's appearance. It isn't even an intellectual quality, but a spiritual quality. Compassionate people who care about others are always "smarter", no matter how stupid they might be, because they care about the world around them.

An insight into how we live matters more than useful knowledge. Skill is irrelevant unless it's a transformative progressive "changing the way we live" application.

The thought never rises within this bubble of manufactured intelligence that all of them might really be idiots who have convinced themselves that they are geniuses because they read the right books (or pretend to read them), watch the right movies and shows (or pretend to) and have the right values (or pretend to).

Smart is surplus when you have Gladwell sitting under a full DVD set of The Wire prominently displayed on your bookshelf right alongside a signed copy of The Audacity of Hope.

Marxists thought that Marxism was smart. Progressives measure intelligence in progressivism. Its only two qualities are "world awareness" and "progressive future adaptation".

Obama hit both these qualities perfectly with his Third Culture background and the appearance of modern technocratic polish. Not just a politician, but a thought leader, he had the pseudo-celebrity quality of their kind, able to move smoothly from a celebrity panel about Third World microfinance, to a Jay-Z concert to a fundraiser for DIY solar panels for India to a banquet for a political hack.

Everyone who encountered him thought that he was smart because he made them feel smart. And that is the supreme duty of the modern liberal intellectual, not to be smart, but to make others feel smart. Genuine intelligence is threatening. Manufactured intelligence is soothing. And those intellectually superior progressives who need to believe that Obama is smart in order to believe that they are smart cannot stop believing in his brains without confronting the illusion of their own intelligence.

Manufactured intelligence isn't smart. It's stupid. It's as stupid as building windmills for sustainable energy in places where the wind hardly blows, as stupid as calling inflated budgets "investments" and as stupid as believing that a man is smart because he can reference poverty in the Third World.

It's easy to tell apart fake intelligence from the real thing. Manufactured intelligence fakes "smart" by playing word games. It constantly invents new terms to provide the enlightened elites with a secret language of Newspeak buzzwords that mean less than the words they are replacing. The buzzwords, Thought Leader and Change Agent, quickly take on cultist overtones and become ways of describing how the group's leaders would like to use power, than anything about the world that they describe.

Manufactured intelligence is a consensus, not a debate. It's not arrived at through a process, but flopped into like a warm soothing bath of nothingness. It's correct because everyone says so. And anyone who disagrees is clearly stupid and lacks awareness of the interconnected ways that the world synergistically works. And probably doesn't know science, Sagan or Neil deGrasse Tyson either.

Real intelligence is the product of constant debate. It is forever striving to overthrow the consensus and willing to challenge anything and everything. It uses a specialized vocabulary only to describe specialized phenomena, rather than replacing existing words with new words to describing existing phenomena in order to seem as if it understands the future better by going all 1984 on it.

Liberal intelligence is largely concerned with the latter. It is a self-esteem project for mediocre elites, the sons and daughters of the formerly accomplished who are constantly diving into the shallow pools of their own minds to explore how their privilege and entitlement makes them view the world and how they can be good people by challenging everyone's paradigms and how they can think outside the box by climbing into it and pulling the flaps shut behind them.

Perpetual self-involvement isn't intelligence regardless of how many of the linguistic tricks of memoir fiction it borrows to endow its liberal self-help section with the appearance of nobility.

Liberalism isn't really about making the world a better place. It's about reassuring the elites that they are good people for wanting to rule over it. 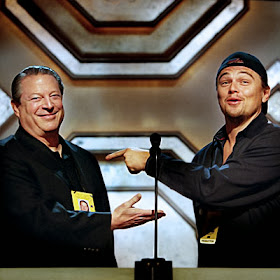 That is why Obama received the Nobel Peace Prize for having good intentions. His actual foreign policy mattered less than the appearance of a new transformative foreign policy based on speeches. Gore promised to be be harsher on Saddam than Bush, but no one remembers that because everyone in the bubble knows that the Iraq War was stupid... and only conservatives do stupid things.

Liberal intelligence exists on the illusion of its self-worth. The magical thinking that guides it in every other area from economics to diplomacy also convinces it that if it believes it is smart, that it will be. The impenetrable liberal consensus in every area is based on this delusion of intelligence. Every policy is right because it's smart and it's smart because it's progressive and it's progressive because smart progressives say that it is.

Progressives manufacture the consensus of their own intelligence and insist that it proves them right.

Imagine a million people walking in a circle and shouting, "WE'RE SMART AND WE'RE RIGHT. WE'RE RIGHT BECAUSE WE'RE SMART. WE'RE SMART BECAUSE WE'RE RIGHT." Now imagine that these marching morons dominate academia, the government bureaucracy and the entertainment industry allowing them to spend billions yelling their idiot message until it outshouts everyone else while ignoring the disasters in their wake because they are too smart to fail.