All the News You Don't Want to Know 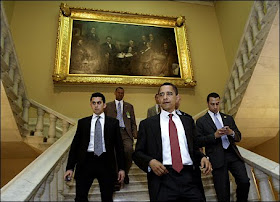 In compliance with Truth in Advertising regulations, the Democratic party has announced that it will be changing its name to the Undemocratic party.

"We've done the research and crunched the numbers," said party Chairman Tim Kaine, "and people don't want to run their own lives. They want a bunch of lawyers who take bribes in order to get elected to run their lives for them. And that's what the Undemocratic party is all about. No one wants democracy anymore, except the majority of Americans, and who cares what they want anyway?"

In line with the new name change, the Undemocratic party has announced a new election strategy which will consist of pointing nuclear weapons at swing states, until they agree to swing their way.

From an undisclosed cave near Kandahar, Osama bin Laden became the first candidate to announce his plans to run for President of the United States in 2012 under the slogan, "Vote for a Real Terrorist". Critics however question whether Bin Laden's campaign promise to free Al Queda terrorists and destroy America weren't redundant after 4 years of Obama.

Health Care Too Important to be Left to the American People

Barack Obama congratulated Congress on its determined willingness to pass a bill that no one besides unions, lobbyists and congress actually wanted.

If the American people still fail to get the message, HR 1111 calls for turning the Grand Canyon into a giant crib and hanging rattles overhead. 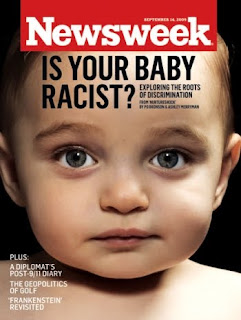 Convicted Democratic congressman Alcee Hastings accused Republicans of a "Blatant campaign of racial hatred and intimidation" because of their refusal to support his bill calling for the creation of a National Wax Museum.

"The idea that there are still people today who would reject spending 2.1 billion dollars to create a museum where children of all races could come and see wax figurines of me, one of the greatest figures in American history is shocking," said Congressman Hastings. "There is only one possible reason for their refusal, and that's racism."

New York Times columnist Bob Herbert agreed. "Every time I think that we've moved on from Selma and George Wallace. From the mobs that beat civil rights workers and burned churches, the Republicans obstinately decide not to support another Democratic piece of legislation, and then it's just like Bobby Kennedy was assassinated all over again."

House speaker Nancy Pelosi ushered in the founding of the first Congressional terrorist group simultaneously with the passage of the Destroy Health Care in America Act. The "Martyrs of 2010 Democratic Brigade" consists entirely of congressmen who are expected to lose office as a result of voting for the act. In retaliation its members have pledged to carry out a campaign of political terrorism against Americans by voting for increasingly insane and totalitarian pieces of legislation on a monthly basis.

Historians however point out that the Martyrs of 2010 would just be carrying on congressional business as usual.

"Those people?" Cheever said. "I can't even stand being around them. And the people of Indiana can be confident that they won't catch me leaving office in order to spend more time with them. If I retire, the only possible reason for it would be to avoid being convicted of a major crime."

Vice President Biden was gravely offended on his drunken visit to the Middle East by an Israeli house. It is unknown what the house said or did to offend the Vice President, but the Israeli government immediately offered to censure the house and ring its doorbell several times as punishment. This did not satisfy prominent Atlantic liberal pundit, Andrew Sullivan who called for invading Israel in order to find and punish the house responsible. This was only the 10th time that Sullivan had called for invading Israel this month.

Governor Schwarzenegger Announces He Will Run as Independent Against Himself

Wildly unpopular California Governator Arnold Schwarzenegger who is battling 71 percent unpopularity ratings announced a plan to return from the future and run against himself as an independent candidate.

"Peeple of Khalifornia," Governor Schwarzenegger said, "for the last several years you have been ruled by an evil clone of myself. But now I have come back from the future to save you all from my own high taxes by running against my own politics of failure and bring Khalifornia into a wonderful economic state where we can jingle all the way home."

Critics as usual pointed out that the Governor's speech made no sense and speculated whether one of the Arnolds would have to change his name to avoid voter confusion.

Barack Obama Trapped Inside Mirror by Lure of his Own Image

A year of terror finally came to an end, when a clever young lad and his owl sidekick succeeded in trapping Barack Obama inside a mirror. The young lad succeeded in doing what no hero had been able to do, by approaching Obama carrying a full length mirror. Unable to look away from his own reflection, Barack Obama has been stuck in place for over a week now, which has prevented him from engaging in his usual fanciful habit of spending a billion dollars a day. Expert sorcerers suggest that the mirror may have successfully trapped Obama by the lure of his own image. The lad meanwhile has moved on to climbing a nearby beanstalk in order to deal with a local giant.
Daniel Greenfield at March 27, 2010
Share