The son of a bank vice president decided to teach about “white privilege” to his students in Sullivan County, Tennessee where the per capita income is $28,429.

After he was fired, the media decided to turn him into a victim.

“He Taught About White Privilege and Got Fired. Now He’s Fighting to Get His Job Back,” the headlines blared. A GoFundMe for Matthew Hawn by his sister, a principal in the Tennessee public school system, has already raised over $55,000 of its projected $85,000 goal.

That’s more money than a lot of the locals in Appalachia would be likely to earn in a year’s time. 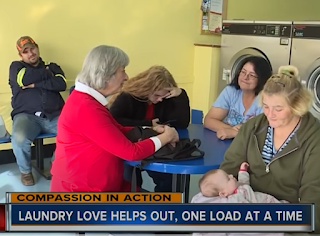 Sullivan County is 95% white and 2% black. The rate of hungry children in the region is double the national rate and a third of those children live in Sullivan County.

At Sullivan Central High School, where Hawn decided to teach about white privilege, 96% of the students are white, 1% are Hispanic, another 1% are Asian, and the number of black students is too small to count.

Even though half the student body at Sullivan Central is low income, the graduation rate is 90% and the students rank in the top 20% for reading proficiency.

You can understand why Hawn, who had taught for 16 years, decided to introduce them to the concept of white privilege.

The article that helped debut Hawn's sob story to the wealthy progressives of the nation who showered his GoFundMe with cash began by describing the "social studies teacher in rural Tennessee" who "was driving to work listening to NPR" which was going on about racism.

It’s hard to envision a better summary of the culture clash between lefty elites and America.

“White privilege is a fact,” Hawn reportedly ranted at his students. “What we are going to do is we are going to discuss how we can help solve the issue of racism in America. What can we do here in Northeast Tennessee?”

Sullivan County and, for that matter, the Tri-Cities area, have fairly few black people. With a 2.4% black population, there’s not many black people to save in Northeast Tennessee.

But Hawn set out to solve racism by teaching his low-income students that America was systemically racist beginning with an essay by black nationalist bigot Ta-Nehisi Coates.

In his infamous book, “Between the World and Me”, Coates had declared that the firefighters and police officers who were killed on September 11 “were not human to me.”

In “The First White President”, the essay Hawn inflicted on his students, Coates raved that "whiteness" was a "bloody heirloom" and that "land theft and human plunder cleared the grounds for Trump’s forefathers".

Trump's grandfather, a barber, moved to the Lower East Side of New York City in the 1880s, but Coates and his ilk are as indifferent to facts as the 1619 Project or the rest of the critical race theory establishment.

“There's a lot of people more concerned about being precisely, factually, and semantically correct than about being morally right,” Rep. Alexandria Ocasio Cortez had argued.

And being morally right is another way of saying being morally superior to the kids at a rural Tennessee high school, their low income parents, and everyone who doesn’t believe that they, along with America and all white people, are horrible racists who need to be “called out”.

In Coates’ essay, the country’s racist scribe to the racist elite, dismisses the idea of a cultural “backlash against contempt for white working-class people” by elites. And yet what’s happening in Sullivan County as a result of his essay perfectly encapsulates that backlash to the elites who embraced Hawn and have nothing but contempt for the locals standing up to him.

Hawn followed that up with “White Privilege” by Kyla Jenée Lacey, a deranged hate filled rant that has the same relationship to a poem that the 1619 Project does to history. In it, Lacey claims that Hurricane Katrina was "answering the government's prayers of eugenics" and that white privilege is "the acceptance of bombs over Baghdad, but not over Boston."

The social studies teacher was not, despite the mass of media misinformation, fired over critical race theory or introducing obscenities and hatred of America into the classroom. (The Atlantic falsely dubbed Hawn, “The First Casualty in the War on Critical Race Theory”.)

He was fired for refusing to introduce balance.

At a school board meeting, Hawn was asked, "what other reading materials have you assigned recently that would offer a different perspective".

Reportedly, his response was, "there is no credible source for a different point of view."

The line, familiar from a multitude of media fact checks, Big Tech censorship efforts, and condescending elite propaganda denies that there can be any legitimate point of view other than their own. And that their public service duty is to force their dogma on everyone else.

It’s the difference between education and indoctrination.

The son of a bank vice president wasn’t the victim of a “war on critical race theory”, as a magazine owned by Steve Jobs’ billionaire widow falsely claimed, but of Tennessee’s Teacher Code of Ethics which was, as Robert Pondiscio and Tracey Schirra of the American Enterprise Institute pointed out, a product of an older and more moderate incarnation of the NEA.

All of this has been hashed out at length by educational experts and Twitter pundits.

What has been much less discussed are the class issues in an assault by wealthy media elites on low-income students and parents who must be taught that they and their nation are racist.

Much of this assault is carried out under a cloud of ignorant disdain for the actual community.

At The Atlantic, Emma Green's first question to Hawn is whether there was a lot of "racial diversity".

"I don’t remember there being a nonwhite person at my high school the entire four years I was there," Hawn replies.

That's not too surprising as Kingsport, where Hawn grew up, is 91% white and only 3.5% black.

The lack of diversity is treated as implicitly racist, but were black people really worse off for not living in Appalachia as opposed to Malibu where Laurene Powell Jobs, who controls The Atlantic, lives? The racial demographics are virtually identical in Malibu and Sullivan County, but the politics and incomes in pro-Trump Sullivan County are a world away.

Leftists justify their abuses, like critical race theory indoctrination, by insisting that they’re punching up, fighting the powerful, not punching down against the downtrodden. And yet it’s hard to see the assault on a local school district and its impoverished families as anything else.

Aside from The Atlantic, the Washington Post, owned by Amazon boss Jeff Bezos, and the Boston Globe, owned by billionaire financier John W. Henry have published hit pieces on Hawn’s firing and on Sullivan County’s efforts to protect its students and its schools.

As Hawn’s latest appeal moves forward, media outlets owned by billionaires continue their disinformation campaign against local parents and school administrators, diverting money that ought to be going to teach students into preventing racism from being pushed in the classroom.

Sullivan County is a long way from The Atlantic’s headquarters at The Watergate, the Washington Post’s own D.C. digs, or downtown Boston, but the new ruling class insists that its dictates, enforced by economic pressure, lawfare, and smear campaigns must apply everywhere, even in rural Tennessee. Having heard that a school system merely asked that a leftist activist present more than one perspective on whether America is racist and evil, they have marshalled their battalions and their fortunes and gone to war in Appalachia.

White privilege isn’t real, but the power wielded by the leftist elite is all too real. Behind the false claims of white privilege is the unearned privilege of a ruthless elite which wraps its totalitarianism in moral crusades that are as wickedly perverse as they are self-righteous.

America’s wealthiest leftist elites demand that poor white kids be taught they’re racist. Maybe they can drive by in their hybrid limos and teach the hungry kids of Sullivan County about their white privilege.
Daniel Greenfield is a Shillman Journalism Fellow at the David Horowitz Freedom Center. This article previously appeared at the Center's Front Page Magazine.