An Open Marketplace of Ideas?

Last week, just in time for Everybody Draw Mohammed Day, Apple decided to ban iSlam Muhammad, an app that featured some rather revealing passages in the Koran. Meanwhile Apple chose to leave in place BibleThumper, an app that attacked the bible. Of course those very same Koranic quotes can be found in the numerous Koran apps created by Muslims. But the double standard doesn't stop there. Before that Apple had decided to ban a campaign App by California congressional candidate Ari David, which criticized his opponent, Congressman Henry Waxman, for being "defamatory". But naturally you can find Robert Gibbs' latest "defamatory" statements on the White House App. 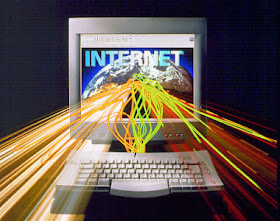 This shouldn't be particularly surprising as Apple does have Al Gore as one of its board members. Apple CEO Steve Jobs is a Democratic donor who has contributed to Rahm Emanuel and Nancy Pelosi. Apple fields one of the largest lobbying efforts among computer companies, spending 1.5 million over the last few years. Not only is Apple not politically neutral, it's decidedly left of central. And it controls one of the largest mobile platforms. Its ability to censor a political App from Ari David, but not from Barack Obama is a thing that has decided implications for the future of an open marketplace of ideas.

Apple's Developer License Agreement gives it the power to censor "offensive or defamatory content or materials of any kind" or any "other content or materials that in Apple's reasonable judgment may be found objectionable by iPhone or iPod Touch users." Apple has been known to disable or "Brick" the iPhones of users who attempt to bypass its control. And now that Apple is aggressively getting into the book and magazine business with its new iPad, the troubling idea that Rahm Emanuel's donor and Al Gore will be deciding what people can or can't read takes on new meaning.

So when Apple decided that the following statement in Ari David's app, "(Waxman) Supported Cap & Trade legislation that would have brought us $7 a gallon gas and as President Obama has stated would make electricity rates “necessarily sky rocket” was defamatory, it was passing judgment on political speech. And determining what political content would be acceptable and what wouldn't be. Robert Gibbs' regular put downs will apparently pass. Ari David's policy oriented criticism of Waxman won't. Similarly anti-war radical Adam Kokesh's App was allowed through, even though he's running as a sham Republican. Or perhaps because of that.

The problem is not limited to just Apple. Facebook responding to the boycotts and death threats coming out of Pakistan, by pulling the Facebook page for Everybody Draw Mohammed, proving that while it may be a useful organizing tool, it is also highly vulnerable to being censored. The same goes for YouTube which has taken down many videos, including Michelle Malkin's and videos questioning Islamic violence. There are numerous similar examples of political censorship, whether out of fear or bias, no one but those on the inside can even begin to say. The larger problem is that the censorship does indeed exist.

Many of these same companies very badly want the government to step in and protect their business model with Net Neutrality, yet while they believe that the government should compel cable and other broadband providers to give them open access to their customers and data sources, they don't have any intention of returning that same favor to their users. This inconsistency between actions and demands also makes it impossible to trust them.

If Apple cannot tolerate a campaign App which criticizes a congressman for wanting to make vitamins, over the counter only, what sort of political speech can it tolerate? With something like 30 million iPhone users out there, the question is both timely and troubling. The technology we use today has empowered a New Media, but if large companies such as Apple insist on turning their platforms into gated communities, then the same old struggle has to begin again. 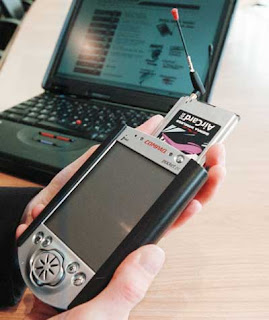 Ayatollahs and Mullahs don't need to cross out the Bill of Rights and draw the Sharia code of Islamic law over it, if Facebook and YouTube will willingly do it for them. Selective censorship of political speech means that the censors, both the actual censors and those who demand that they do the censoring, control the nature of the speech, closing the door on an open marketplace of ideas, and turning back the clock on the same top down media environment in which we have the right to listen or hit the OFF button.

Yet these same companies which have benefited from an open environment, both that of ideas and free enterprise, might wish to reconsider going down the same dead road that their media predecessors followed. Censorship lock those who censor into an inflexible mode, as by shutting down contradictory ideas, they also kill their own ability to react, adapt and change in response to new information. In essence they destroy the very elements that allowed them to be creative and succeed in the first place.

Update: Apple has conceded and has approved Ari David's app. But the questions raised here still remain.
Daniel Greenfield at May 29, 2010
Share