For four long years we have battled the economy, and now I am pleased to announce that the economy is finally ready to surrender. Representatives of the economy have met with the party leadership and signed a preliminary surrender agreement. This means that our prolonged War on the Economy has been successful, and the complete destruction of the economy is at hand. And with these newly liberated resources from the private sector, we believe that it may actually be possible to drive unemployment down beneath 50 percent. 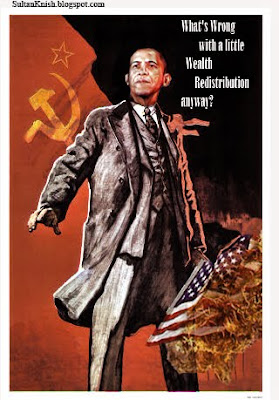 Throughout the long years of battling against the economy, there were many who thought that we would not prevail, that an economic recovery would somehow occur and the American people would be forced to return to their private sector jobs, instead of spending all day waiting in the unemployment line. But under the inspired leadership of the party, the collective organizers engaged in the people's struggle refused to accept handouts from the capitalist bosses. Instead they remained dedicated to bringing them to their knees. And they have. The American Economy is no more.

Nationalized health care. Cap and Trade. Open Door Immigration. The 80 percent Redistribution Tax. The New Constitution. Statehood for Mexico. And of course the atomic destruction of Ohio and Indiana to prevent them from swinging over to the reactionary forces of the counter-revolution, marked the end of American Capitalism. Today the American People live better than ever, unchained from the artificial parameters of the Standard of Living. Over their heads waves the banner of the party which cares and provides for all party members.

Comrades, our struggle is still not over. Outposts of capitalism remain active around the world. Their competitiveness threatens to dampen our revolutionary spirit.

And we must remain vigilant against outbreaks of capitalism at home. These infestations can seem innocent at times. Take the young boy selling homemade lemonade from a wooden crate on his front lawn. But has that boy paid all his business taxes? Has he provided health insurance for all his employees. Has he passed his party administered business ethics exam? Does he provide preferential service to party members and oppressed peoples? Is he using Comrade Chavez's "Green" corn syrup, instead of the decadent sugar? We already know the answer to these questions, because if he were doing all these things, a glass of his lemonade would cost 50 dollars, not 50 cents.

So while it may seem harsh of us to seize that boy and transport him behind the frozen chain link fence of the Al Franken Memorial Reeducation and Obesity Center in Minnesota, the alternative would be to return to the bad old days when there were capitalist factories with smokestacks on every corner and supermarkets with variably priced food in them, instead of our delicious free Universal Grade Government Gruel. The lesson of the last four years is that we cannot let capitalism get its foot in the door of our Great Socialist Homeland. No, Comrades. We must stand strong against their temptations, because a truly equal society is almost here. A society in which all party members will be equal, regardless of race, sex or degree of transvestism.

Comrades, our glorious America today is exactly the one envisioned by Comrades Washington, Jefferson and Ayers, our great founding fathers, who created this country, writing, "We hold these truths to be self-evident, that all progressive party members were endowed with equal obligations by the party leadership, that among these are collectivism, equality, and the pursuit of the people's collective struggle." 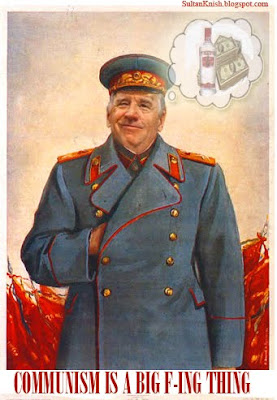 And as the great preamble of our New Constitution reads, "The socialist system of economy and the socialist ownership of the means and instruments of production firmly established as a result of the abolition of the capitalist system of economy, the abrogation of private ownership of the means and instruments of production and the abolition of the exploitation of man by man, constitute the economic foundation of the United States" and further, "The land, its natural deposits, waters, forests, mills, factories, mines, rail, water and air transport, banks, post, telegraph and telephones, farms as well as municipal enterprises and the bulk of the dwelling houses in the cities and industrial localities, are state property, that is, belong to the whole people." This glorious consolidation of the rights of the people, under the wise leadership of the Democratic People's Congress has made America the happiest and freest of nations.

It is in the spirit of that glorious collectivism that the old capitalist American greenbacks will be replaced by shining red currency. From this day forward the American basic economic unit will no longer be the Dollar, but the Debit. As our annual interest on the national debt has long since surpassed our gross national product, the Debit is the people's way of repaying the great debts amassed by the party leadership on their behalf. As there is no more gold in Fort Knox, our national debt serves as the new basis for our economy. With each Debit you receive, you take on a greater share of the national debt and a heavier burden of taxation. Therefore it may truly be said that in America the rich are the poorest of us all.

Comrades, many of you cannot even begin to understand how much effort the Party and its Organizers have put into your welfare. For four years we have battled the forces of counterrevolutionism in order to usher in a bright socialist future. And even now when the last of the dissenters are chipping away at their blocks of ice in the wilds of Alaska, we must remain vigilant against the plotting of the reactionaries who wish to restore an oppressive free market economy. To uproot the freedoms we have fought so hard to impose. To destroy the aspirations of the party and the glorious collective people's struggle.

Yes there have been setbacks. We have been forced to withdraw from California and Texas. And continued occupation of Florida may be untenable. But that is only because the high morality of the Party has prevented it fighting with the same ruthlessness as our enemies. We have only used nuclear weapons once in this conflict against crucial swing states. By contrast the foul bestial viciousness of our enemies knows no boundaries. They mock our leaders, lampoon their effigies and draw hurtful cartoons of them. They deride the Party leadership and subvert our glorious revolutionary imperative.

Know this though, the Party leadership remains strong. And the nation is united behind the Party in its determination to bring peace and freedom to the murderous hordes of the reactionaries who would take away our free Universal Government Grade Gruel, our wise Death Panels and the People's Dole, and replace them with chaos, competitiveness and misery. And so I call upon you to listen to your organizers and to report any reactionary propaganda to the appropriate White House email address, as usual. 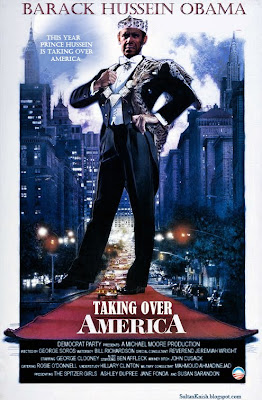 The War is going gloriously. The defeat of the economy will make the economy stronger than ever. And the War on the Economy will be truly won when the War on Employment succeeds in finally reaches the fabled 60 unemployment percent mark. Something that has never been accomplished in any country before. Meanwhile the War on the Harvest is going well, with 98 percent of the harvest successfully gathered and redistributed to those who need it most, the hardworking members of the Party. The War on Health is also going well, with the latest Cholera outbreak in Detroit claiming less than ten thousand lives. Truly it can be said that everything the Party does, it does perfectly.

Comrades, as you sip your Government Universal Grade Gruel through a straw, peering through the windows of your Census mandated temporary mobile housing unit, and prepare for another hard day of toiling in the fields or collecting unemployment checks-- you can be confident of looking forward to another four or four hundred glorious years of the same thing.