Peter Kassig was a ex-Ranger who, like so many of the other hostages, was betrayed by Muslims he trusted into ISIS custody. He converted to Islam as a hostage and his parents have continued the farce of calling him Abdul Rahman.

Now one of America’s enemies has been invited to pray over his funeral.

The sermon built to an impassioned, rapid-fire crescendo, in which, almost shouting, al-Yaqoubi seemed to divide jihad into foreign and domestic spheres, with appropriate action for each. “Wherever the American troops are — wherever they are, they are going to be defeated,” he yelped.


A NATION OF OBAMAS

“Even as we are a nation of immigrants, we are also a nation of laws. Undocumented workers broke our immigration laws, and I believe that they must be held accountable… “

B. Provide sanction to lawbreakers


IF ONLY MOHAMMED KNEW

Under Stalin there were two Communisms. One was the real Communism practiced in Moscow in which a slave empire sought to expand its territory and power. The other was a set of ideas by their useful idiots in the West. Those Western Communists who moved to the Soviet Union eventually wound up in a Gulag whether or not they could name Lenin’s mother or recite chapter and verse from Das Kapital.

Western sympathizers of Communism or Islam did not understand that the actual implementation of the system was a machine of terror with no off switch. Stalin’s USSR and the Caliph’s Islamic State depended on grand promises and mass murder.

The African-Americans who moved to the USSR believing that it was a truly non-racist society ended up dead. Westerners who think that reciting the Koran can save them from the sword have discovered that the Koran can turn on the machinery of terror, but there is no off switch for the swinging sword.


Converting to Islam Won’t Save Your Head


Jordanian Parliament Prays for “Spirits of Heroes” Who Murdered 4 Rabbis

The latest Pew poll shows that 74 percent of Democrats support ObamaCare, but only 29 percent of white respondents do. The Democratic Party is becoming a party without white people. Under Obama, the Democratic disadvantage among white voters doubled without any corresponding gains among minority voters.

Those numbers alone indicate why the Democrats won’t put any real money behind her. If Landrieu can’t even compete for the white vote, then there’s no reason to waste good money on her.

Declaring that the Liberty loan affords a splendid opportunity for the removal of the family savings from the stocking to a safer place, Secretary Daniels made a stirring appeal for the success of the second offering.

“Money is plentiful in America,” declared the secretary. “The banks are overflowing with it; the stockings are bulging out with it.”

“I wish that every dollar in America was on legs so that it had to march up the street and ride on the street cars to get home. Then we could see the dollars and enlist them in the selective draft. Under the law we have the right to do so, but the first Liberty loan was fully responded to so cheerfully and so fully that there was no necessity and there will be no necessity now.


“Lay its Hands on Every Dollar in America”

Obama is tripping over his own feet here. He’s sabotaging his own rationale for amnesty by not even pretending to work with a Republican Senate, many of whose members are quite amnesty friendly, but that’s nothing new for him.

1. That boy needs attention – Obama simply can’t reconcile himself to being a lame duck and with Valerie Jarrett’s prompting, no doubt stung by the Politico story and pressure from the Dems to fire her, convinced him that he can establish a domineering role by shooting first.


Did Gruber Videos Force Obama to Speed Up Amnesty?


Hillary Clinton Might Be Only Dem Under 70 Running for President

Nora O’Donnell is of course correct. Har Nof is contested. Certainly the synagogue is.

Muslims murdered four Jews there. How can it then not be contested? The very definition of contested is a place that Muslims kill people in.

Now that Muslims have killed people in that synagogue, it is now contested. It must be negotiated for. Obama and Kerry must demand that Israel cede it. Peres, assorted leftists and sellout security chiefs with villas in Paris and Los Angeles must insist that Israel has no use for the synagogue and would be better off without it.


What is a “Contested Religious Site” Anyway?


“Rioting and Looting are Tools of Those Without a Voice,” Says Idiot in Spider-Man Mask

The most powerful man in the world is making the same excuse as a little boy losing at Monopoly. But he has a point. There was no way to win on his terms by maximizing the turnout of the base with ugly polarizing identity politics. The closest thing to that effort came from “Senator Uterus” and his off-putting “War on Women” rhetoric and it failed. If Obama can’t win with identity politics, then the election is unfair… and the only way to fix it is with illegal alien amnesty for demographic change.

Illegal alien amnesty is the adult political equivalent of overturning the board of the United States, tossing all the American voters on the floor, and remaking the country with new majorities.

That way identity politics will always be a winning move.


The Dems Lost and It’s Not Their Fault


THE COLOR OF MONEY

For a lawmaker hoping to land a top party seat on a key congressional committee, which matters the most? Seniority? Policy expertise? Legislative skill?

Or is it the ability to raise staggering sums of money—including from interests and industries they hope to oversee—that can be funneled to their colleagues?

The latest campaign finance filings from Reps. Anna Eshoo and Frank Pallone—veteran lawmakers vying to succeed retiring Rep. Henry Waxman as the top Democrat on the House Energy and Commerce Committee—show that since last year and through Oct. 15, they have combined to distribute more than $1.2 million in direct contributions to the campaign coffers of House Democratic incumbents and challengers across the country. 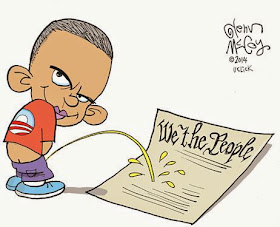