After serving a few years in prison for his role in the Munich Massacre, Willi Pohl moved to Beirut. The brief sentence was a slap in the wrist, but Pohl had still served more time in prison than the Muslim gunmen who had murdered eleven Israeli athletes and coaches during the 1972 Summer Olympics. Mohammed Safady and the Al-Gashey cousins were released after a few months by the German authorities. 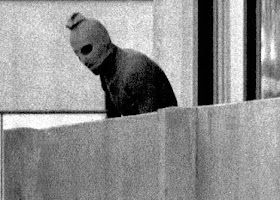 They went back to Lebanon and so did he.

A decade after the attack, Willi Pohl had begun making a name for himself as a crime novelist. His first novel was Tränen Schützen Nicht vor Mord or Tears Do Not Protect Against Murder.

While Pohl was penning crime novels, Israeli operatives had already absorbed the lessons of his first title. Tears, whether in 1939 or 1972, had not done anything to prevent the murder of Jews. Bullets were another matter.

The head of Black September in Rome was the first to die, followed by a string of PLO leaders across Europe. Those attacks were followed by raids on the mansions and apartments of top Fatah officials in the same city where Pohl had found temporary refuge. By the time his first book was published, hundreds of PLO terrorists and officials were dead.

European law enforcement had failed to hold even the actual perpetrators of the Munich Massacre responsible, never mind the representatives of the PLO who openly mingled with red radicals in its capitals. Israeli operatives did what the German judicial system had failed to do, putting down Safady and one of the Al-Gasheys, while the other one hid out with Colonel Gaddafi in Libya.

The Israeli raid on the PLO terrorists in Beirut's Muslim Quarter missed one important target. Arafat. And so, on another September day, some  later, September 13, 1993, Israeli Prime Minister Rabin shook hands with Arafat and proclaimed, "Enough of blood and tears! Enough!"

But the blood and tears had only begun, as a PLO on its last legs was revived and built its terrorist infrastructure inside Israel's borders.

By 1993, the year of the infamous Rose Garden handshake, 45 Israelis had been killed and 34 injured in Muslim terrorist attacks. A year after the handshake, the toll stood at 109 Israelis dead and 456 wounded. By 2002, the year that Israel's patience finally broke and Sharon sent forces storming into Arafat's compound, the numbers for that year were a horrifying 451 dead and 2,348 wounded.

Today, some 40 years after that September in Munich and two decades after the even worse tragedy of that September in Washington D.C., with over 1,500 dead since that fatal handshake, there have been rivers of blood and tears. And a shortage of bullets. 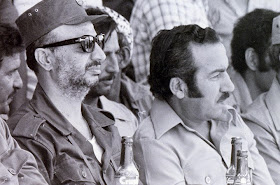 PLO officials these days are more likely to die of morbid obesity or, like Arafat, of AIDS, than of Israeli raids. They are nearly as likely to kill each other, like Arafat's cousin, Moussa Arafat, the former head of the Palestinian Authority's terrorist forces, who was dragged out of his home and shot by his own people.

The murder of Mohammed Abu Shaaban, killed a week after the handshake, by his own people, was the first of a long string of Fatah on Fatah violence that is a far more likely cause of death for top terrorists than the jet planes and tanks of the hated Zionist regime.

The rivers of tears keep flowing, but tears don't protect against murder. Neither do peace treaties. No amount of tears from the tens of thousands mutilated, tortured, crippled, wounded, orphaned and widowed by the PLO in all its front groups, splinter groups and incarnations, including its current incarnation as a phony government, has been enough to stop Western governments from supporting, arming and funding the terrorists.

Tears don't protect against murder. They don't stop killers from killing. They don't prevent the authorities from looking the other way when the killings happen because there is something in it for them. They don't bring the terrorists to justice. They don't even ensure that the truth will be told, rather than the lie that rationalizes the terror.

Tears did not stop the operation of a single gas chamber. They did not save the life of a single Jewish refugee. They did not stop a single dollar from going to the PLO or Fatah or Black September or the Palestinian Authority or any of the other masks that the gang of Soviet-trained killers wore. They will not stop Iran from developing and detonating a nuclear weapon over Tel Aviv. They will not stop Israel from being carved up by terrorists whose demands are backed up by the diplomatic capital of every nation that bows its head in the direction of Mecca, Medina and Riyadh, and the old men who control the oil wells and the mosques.

In 1988, Willi Pohl published another book, Das Gesetz des Dschungels or The Law of the Jungle. That same year, PLO terrorists carried out the "Mother's Bus Attack" taking the passengers of a bus, filled with women on board, hostage and demanding the release of all imprisoned terrorists. The terrorists killed two hostages and Israeli Special Forces moved in killing the terrorists and saving the lives of all but one hostage.

Not a single member of the Security Council voted against it. The United States abstained.

The closest thing to a resolution critical of terrorism was Resolution 579 in response to the Achille Lauro hijacking, carried out by men loyal to Mahmoud Abbas, the current President of the Palestinian Authority, who also provided the funding for the Munich Massacre. Resolution 579 did not mention the Achille Lauro, Leon Klinghoffer or Palestinian Arab terrorists. Instead it condemned "hostage-taking" in general. 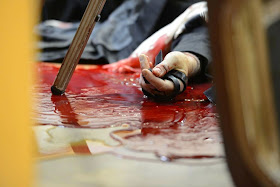 It can only be met with resistance.