The Romans had their arenas, Elizabethan England had bear baiting and Obama's America has the trial. HLN has already shot past CNN with wall-to-wall coverage of the latest trial whose defendant is indistinguishable from a celebrity and whose coverage is barely distinguishable from that of the movie premiere. 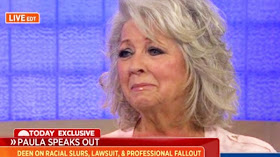 But in between the usual criminal cases whose defendants seem like failed aspirants for the Big
Brother house or Survivor, reality TV stars who found fame with a butcher knife, are the politically edifying cases. The ones that aren't just meant to humiliate and degrade the participants and the viewers, but to indoctrinate them as well.

It is into this category that the Zimmerman trial falls. It's an involuntary case based on insufficient evidence whose course was compelled by government intervention. And like the tribunals of the French Revolution or the Moscow Trials; it's there to teach us something. And the thing it's there to teach us is racism hysteria.

Racism is the new sex for a creed of politically correct puritans who are obsessed with a new kind of prurience. As the last sexual taboos fall by the wayside, the new taboos are political and the new witch hunts are all about exposing hidden reservoirs of bigotry among celebrity chefs and lurking White Hispanic menaces.

The intimate moral faults that keep a population in a state of conformity and terror are no longer sexual, but political. The new prudery is political and the new hypocrisy is racial, knotted over with double standards and exceptions for the watchers and the elites who are exempt from the occasional witch trial, no matter how many black cats and cauldrons they own.

Racial tolerance has long since become racial denunciation. Tolerance has become paranoia. The fear of saying the wrong thing at the wrong time. Of giving the wrong impression. Of failing to be properly guilty for some vague complicity of privilege and oppression. Those fears and guilts must be constantly reinvigorated with fresh doses of trials and denunciations. Public spectacles to serve as reminders that the greatest evil of all lurks everywhere and that we must stand vigilant against it.

The graduate of a modern liberal arts university receives training in spotting and identifying the most obscure forms of bigotry. He isn't taught to spot burning crosses, but to denounce implicit narrative privilege. The microscope that he wields to spot the most obscure forms of bigotry imaginable doesn't really detect bigotry, it manufactures it. It crafts his higher moral ground by exposing the wrongdoing of everyone and everything else.

His or her contemporaries have few skills, except the familiar one from every totalitarian state of denouncing enemies of the state for some trivial act. Having been turned into inquistioners by an educational system that is terrible at producing engineers or scientists, but spectacular at producing politically correct policemen of public spaces, they might as well inquisition.

Bigotry is the bugbear of the moment, but next year it might be salt or short hair. Racism just happens to be easier to rally against. It also comes with the most moral authority points.

The pursuit of bigotry has as little to do with fighting actual racism as witch hunts had to do with hunting actual witches. Real Neo-Nazis and Klansmen can't get arrested in this town. Overt bigotry is boring and actual racists have taken to showing up at courthouses in Nazi uniforms to get attention. . There's no point in hunting a witch who boasts about her witchcraft. There's no sport to it. 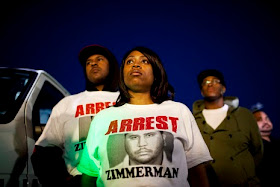 The whole point of baiting a bear is to get the bear to react. The Roman arenas wouldn't have lasted very long without gladiators willing to fight. And the entire tawdry spectacle of the trial and the morality mob requires cooperating defendants who care what the faceless mass audience thinks of them and try to prove their innocence.

Taboos by their very nature involve shame. Exposing some secret bigotry, denouncing a man as a bigot on the flimsiest of grounds, involves sport. The bear struggles and fights back. He tries to understand what's happening. He cries and apologizes. There's shame and guilt on display. But take that away and the inquisitioners have nothing to work with.

There is no drama in denouncing a man who has no shame and no secret fears of being dragged out of the crowd to be charged with disrupting its social harmony. Denouncing Andrew Dice Clay and Alec Baldwin, two of the actors in Woody Allen's next movie, is pointless. Neither of the men care. Both have public personas built on being politically incorrect. But denouncing Paula Deen proved to be a rich feast of degradation and humiliation for the politically correct crowd. And power.

The entire sport isn't about racism, it's about power. The witch hunt isn't about fighting evil, it's about turning to a face in the crowd and then dragging them out as a human sacrifice to the collective power of the crowd and the moral authority of the inquisitioners.  The victim is denounced for secretly lacking the same commitment to social values as everyone else in the crowd. And everyone in the crowd recommits to those values with a mixture of fear and triumph. Triumph over the vulnerability of another human being and fear that their own hypocrisies, their own little sins, will be exposed.

Mass hysteria of this kind is built on elevating one value above all others. It gives its crusaders the sanction to behave in the ugliest possible ways for the greater good. It silences all dissent through a moral power that isn't truly moral, but is nothing more than calculated hysteria enforced by terror.

Racism is still a problem in America, but the Anti-Racists don't care about it. Hysterias are never about solving real problems, but about using complicity and conformity to enforce a moral order. The new moral order uses charges of bigotry to destroy its enemies and to spread fear, but it never really bothers to do anything about real racism. It has a thousand enforcement arms to investigate and denounce bigotry, but it rarely bothers with real discrimination. Instead it harasses businesses that conduct background checks or refuse to hire employees with criminal records. The goal, as always, is not to deal with bigotry, but to spread fear and uncertainty, to create compliance through paranoia.

The Zimmerman case was supposed to be one more reminder that racism is the gravest threat to America since the Y2K virus. And however the case ends, the political correct police will have won by once again asserting the supremacy of their value, combating racism, over all other values, including such obscure trinkets like telling the truth. The very existence of the trial and the months of dishonest news coverage has once again enforced a mandatory hysteria about the racism menace.

Next week it will probably be something else. Perhaps the Voting Rights Act again, a 60s measure that is more dated than the The Ronettes. Or another local crime story blown up out of proportion and turned into yet another teachable moment. It doesn't much matter. The purpose of the entire exercise was never justice, it was about intimidation and brainwashing. 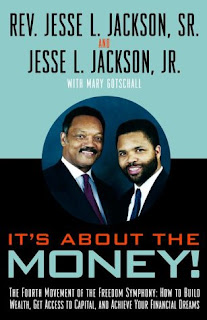 Racism in America, at and from all the country's races, will continue in diminishing amounts for the foreseeable future following a predictable trajectory that had nothing to do with all the sensitivity seminars and other profiteering elements of the racism industry. Meanwhile the racism industry, its shadow twin, will go on expanding and getting bigger. There will be more money, more seminars, more laws and more show trials. The new frontier of bigotry is gay rights and there will be plenty of power and fear to be gained from the next wave of lawsuits, firings, boycotts and morality mobs.

America is at once becoming more racially sane and more racially insane. It is becoming less racist and more race obsessed. Its best and brightest often appear to have few abilities other than spotting and denouncing bigotry. The country is paradoxically becoming post-racial and racially obsessed.

The United States no longer leads the world in space or in many areas of science and technology. Its literature has become forgettable and the great skyscrapers are being built in Asia and the Middle East. But it leads the world in racial hysteria, an obsession as irrational as the satanic sex abuse kindergartens and the witch trials. We can't go back to the moon, but our social engineers stalk the corridors of power with microscopes that claim to peer into the human heart.
Daniel Greenfield at July 10, 2013
Share