What the Terrorists are Truly Afraid of

While the passengers of Northwest Airlines Flight 253 may have survived their flight to return home to their families, like veterans returning home from war they are a reminder of all those who did not survive, and all those who will not survive in a more successful attack. 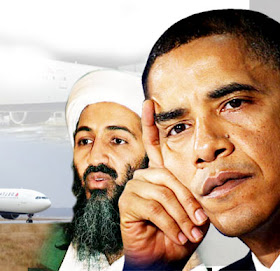 The 9/11 hijackers, and Richard Reid and Umar Farouk Abdulmutallab all managed to bypass airline security, bring weapons on board passenger jets and execute their attacks. The passengers on American Airlines 63 and Northwest Airlines Flight 253 survived not because of the gargantuan infrastructures of airline security or law enforcement, but because ordinary passengers and staff became suspicious and acted, and because the latter two plots relied on tricky detonations that were unsuccessful.

But their failures mean little in the bigger picture. Reid and Abdulmutallab are only two of the hundreds of thousands of Muslim men drawn from around the world to participate in one of its many Jihads against America, England, Russia, Israel or India. To devout Muslims the entire world is a battlefield, a map dotted in red and green. And for every Abdulmutallab who fails, there is a Nidal Malik Hasan who succeeds in killing his targets. Because as long as we keep fighting a holding action against the tide of Jihadis swarming from the Middle East, Africa and Asia, the terrorists only need to be lucky once, we need to be lucky every time. And we know what we won't be. That not every flight will land safely on the airfield. Not every group of passengers will disembark shaking with relief. The terrorists only need to be lucky once.

And while the TSA rushes to implement a new set of overreaching regulations that will accomplish nothing except to make passengers miserable, before quietly abolishing them after a month or two-- Abdulmutallab's success demonstrates the futility of airline security as we know it. The TSA, the CIA, the NSA did not stop Abdulmutallab even though his own father had given them advanced warning, and his profile should have tripped numerous switches. A passenger sitting next to him did that. Just as it was the passengers that saved the White House on 9/11.

If the security apparatus can't even stop a terrorist traveling under his own name, whose own father turns him in, it can't stop anyone. And indeed it can't. A national security apparatus built to take on foreign intelligence agencies is ill matched against an international terrorist network based out of religious schools and universities, and funded by the oil Sheikh "best friends" of their own bosses. And airport security which can't stop its own employees from stealing passenger's luggage, has no real hope of stopping an actual terrorist. The very decentralization and creative planning of terrorist attacks means that the best hope of stopping them lies not in the bureaucracy, but in the ordinary citizen sitting next to the terrorist.

The government has pretended to be omnipotent while in reality the War on Terror has turned into a waiting game at home and a proxy war abroad. That is because while airline passengers are being strip-searched and soldiers are dying in Afghanistan and Iraq, money continues flowing from oil rich Gulf states into the coffers of terrorists, who in turn recruit young men from the Muslim world eager to fight and send them off to a Third World war zone or to carry off a terrorist attack in the First World. 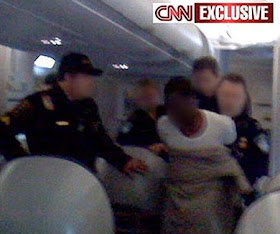 If the United States government really wanted to stop Islamic terrorism, it could better do so in Riyadh, Karachi and Dubai. Instead the religious, political and financial backers of the terrorist war against the West not only get a pass, but a bow from Obama, and we go on playing the waiting game, waiting until the terrorists get lucky, and a plane blows up in the air.

While Abdulmutallab may have failed to kill the passengers on Northwest Airlines Flight 253, he succeeded in becoming a front page story, in reminding Americans to be afraid of terrorists, in canceling flights and panicking the authorities into a response that is already producing a backlash from passengers. The whole snarl of chaos that Abdulmutallab and his higher ups have tied will drive donations and recruits from the Muslim world to Al Queda, while making the case for backing away from military tactics and toward diplomatic ones.

While the Obama administration has not yet officially sat down at the negotiating table with Al Queda, attacks like Abdulmutallab's make it more likely that back channel negotiations will be used to avoid any terrorist attacks during the politically critical period before the 2012 election. And if that seems farfetched, remember that left wing Israeli Prime Minister Peres in his time cut just such a deal with Arafat, and the United States has traded arms for hostages before. We have recruited the murderers of US soldiers to fight side by side with us in Iraq, and we're hoping to do the same thing in Afghanistan.

Abdulmutallab's attack demonstrates the ability of Islamic terrorists to spread terror, even when their actual attack fails. And there is no antidote to terror except an empowered citizenry. But an empowered citizenry is exactly what the government is afraid of. It is also exactly what the terrorists are afraid of. They know that they can get buy fake identifications, bypass airport security and get on board the plane. And if they can't, another one of them will. And another. What they are afraid of is that when they rise for their climactic moment of homicidal martyrdom, it will not be a US Marshall coming for them, but the passengers around them.

The terrorists are not afraid of the United States government. They were never afraid of the United States government. And why should they, when the Saudi Lobby insures that Islamist groups have free run of the country, and the little man in the White House bows before the Saudi king. When Rules of Engagement favor the Taliban, and captured Al Queda terrorists are released into the wild, where they plot and carry out more terrorist attacks. Why in the world should they be afraid of a US government that bends over backward to reassure the Muslim world of its love for Islam?

Islamic terrorists are afraid of US soldiers, but not of the generals and politicians who give them their orders. And they are afraid of the ordinary Americans and Europeans they are surrounded by every day when they infiltrate their country. They are not afraid of governments, because a government is only as strong as its weakest politician, as its most terrorist sympathizing diplomat, as its most brown nosing general. When the artillery comes down they can hide. When the bombs fall they can escape and wait. Because sooner or later governments get tired and go away. But people never go away. And the people can only be defeated through their government. 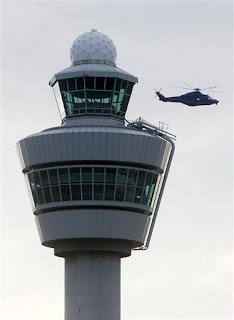 The purpose of terrorist attacks is to terrorize a population through its government, to destroy morale in order to force political concessions. Targeting airplanes disrupts travel and isolates countries making them easier targets for the Ummah to carve apart. Targeting planes, buses, bridges and all means of transportation teaches people to be afraid whenever they go anywhere... which in turn teaches them to be helpless in the face of government security measures and random violence, to detach themselves emotionally and submit. To be Muslims.

This plan depends on the government to behave exactly the way the terrorists expect it to. To be incompetent, to talk a good game and do nothing, to be too afraid to call out Islamic terrorism for what it is, to repress its own citizens rather than profile actual terrorists, and finally to cut a deal when it has gotten tired of fighting. What the terrorists are truly afraid of is that they will not be dealing with the weak spines of politicians, but with a public that has finally had enough. That will do unto the terrorists as the terrorists themselves have done. That will stand up and strike them down, without benefit of lawyers or human rights activists. What the terrorists are most afraid of is that the free people whom they would enslave will stand up against them and fight back.
Daniel Greenfield at December 28, 2009
Share