It is difficult to comprehend the extent to which the left has inserted appeasement into the culture and the educational system of the State of Israel. From the youngest ages children are taught to pursue appeasement dressed up as peace, with the same enthusiasm and verve that Palestinian Arab children are taught to pursue Jihad. The anniversary of the assassination of leftist Prime Minister Rabin is treated as an extended series of events that seems to stretch on forever, as leftist politicians call for peace with Arab terrorists "at any cost" and denounce the right for inciting the murder of Rabin by criticizing his creation of a terrorist state within Israel's borders. Not the anniversary of Israel's independence nor the commemoration of the Holocaust has the moral stature anymore that Israel's left has invested into "Chag Rabin". 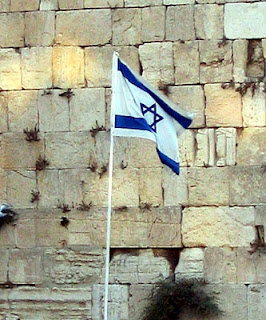 And the results of the left's propaganda campaign can be seen in the falling recruitment numbers and the rise  of draft dodging. As much as a quarter of Israeli men now dodge the draft, and a far larger number of women.  This is all the more shocking in a country where a generation ago draft dodgers were held in contempt and found leading a normal civilian life nearly impossible. The credit for this transformation belongs to the left, whose politicians had preached to a new generation that the army was irrelevant, whose reporters smeared soldiers at every turn, whose activists stood guard at checkpoints to prevent IDF soldiers from doing their jobs, who treated draft dodgers as heroes for refusing to serve in the "Occupation Army".

The sharp rise in draft dodging by the sons and daughters of the left, from former Prime Minister Olmert's own son down, has moved the burden of service over to the Religious Zionist community, the patriotic sector of Israel that has not been infected by the left's agenda. While the left complained that their sons were forced to die for the settlements, the Settlers became the IDF, fighting and dying for Ashkelon and Haifa. The heroes of the last Lebanon war, such as Major Roi Klein, who threw himself on a grenade to protect his men, and the casualties, increasingly came from the settlements. While Olmert's sons were living abroad, it was the sons of the settlements, from the families of men and women living on Israel's frontier with Islamic terror, who went out and fought.

The debate over whether Religious Zionist soldiers should obey orders that run contrary to their own moral values and the interests of the State of Israel, centers on the balance between obedience to the state vs the duty to the values for which one fights. Increasingly many new recruits are stating that they will not obey any orders to ethnically cleanse Jewish communities, which has brought out the usual manufactured outrage from the media outlets of the left. The soldiers have been accused of undermining democracy, which the Israeli left in its usual fashion interprets as being synonymous with their own agenda, as when former Histadrut union thug and current chairman of the Kadima Council, Haim Ramon, proclaimed in an open forum, "If you do not obey the rules of our democracy we will crush you."

Many on the right however also believe that it is more important to preserve the forms of the state, that it requires that soldiers follow orders that they find immoral, orders that will ultimately lead to the destruction of the body of the state. Isi Leibler recently expressed a similar view, which while acknowledging the unpleasantness of the orders, denounced Rabbi Eliezer Melamed of the Har Bracha Yeshiva who had stated that soldiers should not follow immoral orders to participate in the suppression and ethnic cleansing of Jewish communities in order to appease Islamic terrorism. The case of the refusniks from the Kfir Brigade, like the case of Rabbi Melamed, has been phrased as one of conflicting obligations, between the supposed democratic rule of law represented by the state, and the private morality of individuals and factions that must subsume their contradictory beliefs for the good of the state. 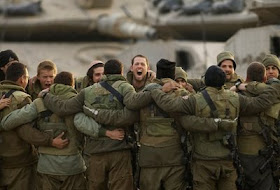 This model however is an inherently wrong one. The state cannot function outside the values of its citizenry and its armed forces. The army does not fight for the government of the state, it fights for the enduring existence of the nation and for the people of that nation. It is not merely a tool for executing government policy, but a shield and a sword against the enemies of its people. Successive Israeli governments have devalued the army and undermined its moral purpose by watering down the IDF oath and the IDF code of ethics. Prime Minister Rabin took the first step in this direction by recruiting Professor Asa Kasher, a radical left wing activist and co-founder of Yesh Gvul, to remove Zionism and a love of the land from the equation, leaving only obedience to elected authority.

The problem is that Israeli elected officials have not represented the values of its citizenry in quite a while. Whether Labor, Likud or Kadima-- Israeli Prime Ministers have acted in response to external pressure while selling out the will and values of the electorate. Meanwhile the Knesset has degenerated into a pig trough by a squabbling gallery of rogues who dive in and out of parties like Olympic swimmers, who scrabble for bribes while announcing that whatever "street" they claim to represent will not tolerate it if their wishes aren't met. It is not only that they do not represent an ideal policy, they do not even represent their own voters.

The Likud does not represent conservative voters any more than Labor represents left leaning voters, Shas does not represent Sefardim any more than Bayit Yehudi represent Dati Leumi voters. Kadima does not even bother to pretend that they represent anyone at all, except the Arab voters bribed to cast their ballot for them. Aside from the government subsidies they distribute, they are generally alien to the voters who elect them. With Prime Ministers who spend most of their term in office struggling to stay one step ahead of American and European pressure, and the Knesset-- and a Knesset whose members struggle to grab as much as they can before they're indicted, by an Attorney General who is likely to end up being indicted himself, if he isn't bought off with a spot on the Supreme Court, Israeli democracy is severely broken.

More to the point the Israeli political system not only does not represent the wishes of Israeli voters, but it does not represent the welfare of the nation itself. By repeatedly shrinking the country's borders, opening checkpoints to terrorists, creating and maintaining a terrorist state inside Israel, and ethnically cleansing Jewish communities from inside Israel-- the political establishment has demonstrated that it does not have the best interests of the country or its people at heart. While IDF soldiers cannot set policy for the state, nor can they be expected to undermine the country under orders from the state. And that is exactly what orders aiding and abetting terrorism, or orders in favor of ethnically cleansing Jews are. Therefore they have a right to dissent from those orders in the name of values that are generally held by Israelis and in the name of the preservation of the nation. Even if it does not meet with the approval of the state. 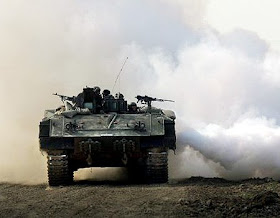 Rabbi Eliezer Melamad and the recruits are demonstrating their loyalty to the underlying moral, political and religious framework of the nation of Israel, by rejecting the dictates of a political system that is destructive to the survival of that nation. As such theirs is the higher loyalty. When state conflicts with nation, and the government conflicts with the people-- the higher loyalty is to the people and the nation, not the state. This same framework holds true in every country. It is the underlying ethical basis for any state that governs a free people. To place the government over the values of the people and the survival of the nation, is to commit a horrifying act of treason that turns the state into a tyrannical shell serving only its own interests. Not that of the nation or the people.

Israel's leftist establishment has turned the political system and the cultural sphere into a hollow shell by consuming the land and the people, in the name of their ideology of appeasement and naked greed. By aiding terrorists, they themselves have become the worst threat to the survival of the State of Israel. And if the left wing and their corrupt collaborators do not give up their death grip on power, the Nation of Israel may have to replace the State of Israel in order to survive.
Daniel Greenfield at December 29, 2009
Share