Peace With Islam in Our Time 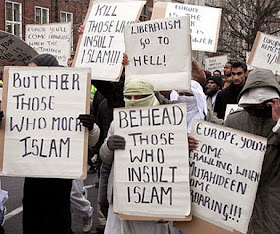 He told a co-worker, “There can’t be world peace until there’s only Muslims.” Then he tried to usher in peace, the Islamic way, by opening fire near the Canadian parliament.

Meanwhile in Israel a reporter interviewing Arab Muslim settlers in Jerusalem found that they too wanted peace. On their terms. “Yes we want peace,” one of them said, “but peace means no Jews.”

When negotiating peace with other cultures it’s a good idea to make sure that the words you are using mean the same thing. Most Muslims and Westerners want peace. But to Westerners peace means co-existence. To Muslims, peace means the end of your existence.

Ideas carry heavy cultural baggage. Peace in the West summons up images of Armistice Day, of the Christmas Truce of WW1 in which French, German and English soldiers could share meals and play soccer together. It carries with it the subversive idea that both sides realize the war isn’t worth fighting.

Such a subversive idea has no place in Islam. The Jihad is at the heart of Islam. To question the holy war is to also question the faith. When war is religion then peace through setting aside war is heresy.

The Western idea of peace is a wholly alien one to Islam. In Islam, peace does not come from men transcending their differences, but from destroying men who think and live differently. That is the function of the religious police of our allied “moderate Muslim” countries who seek out the practice of other religions and other ways of living in places like Saudi Arabia and suppress their practitioners.

Islamic peace does not come from diversity, from accepting the existence of other nations, religions and peoples, but from unity through Islam and eliminating as many differences as possible. If Islam is the source of peace, then all that which is “not Islam” is the cause of war.

Kill the Jews. Kill the Christians. Then there will be peace.

The Islamic idea of peace was aptly expressed by Zehaf-Bibeau and our anonymous Jerusalem Jihadist. It is not based on a recognition of the humanity of one’s fellow man, but on a rejection of their humanity.

As Mohammed curtly put it in missives to the leaders of non-Muslim countries in the region, “Aslim, Taslam.” Convert to Islam and you’ll have peace. The same message has been dispatched by Muslim leaders today to popes and presidents. It’s a message of peace on the only terms that Islam allows.

Islam is the religion of peace. For there to be peace, Islam must be supreme. Within the Islamic worldview, conflict is caused by the existence of dissent. The only way to achieve peace is by forcing the submission of every human being to the correct strain of Islam. “Moderates” may agree to let Jews and Christians live as inferior second-class citizens if they submit to Muslims. “Extremists” will skip straight to raping and beheading them. And once that ugly business is done, there will be peace.

That’s the brand of peace we’re seeing in Iraq and Syria today. Or the peace process between Israel and the Arab Muslims who were rebranded as “Palestinians” because it made them seem like a local flavor. 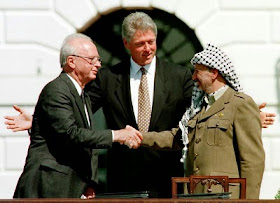 Islam rejects the idea that mutual empathy should transcend conflict. Instead it believes that war should transcend humanity. Or as the Koran puts it, “Warfare is ordained for you, though it is hateful unto you; but it may happen that ye hate a thing which is good for you, and it may happen that ye love a thing which is bad for you. Allah knoweth, ye know not.”

The Western tradition is biased toward the peace of co-existence. It applies the logic of armistice toward all areas of life leading to the championing of multiculturalism and immigration. Its siren song is John Lennon’s Imagine with its call for an end to borders, nations, religions and property. Its ideal of peace comes from the end of structure and separation between people.

The Islamic idea of peace however affirms a structure and separation based on the Koran. It believes that there will be peace when everyone is forced to live within the strictures of Islam. And therefore there can be no genuine peace with non-Muslims who do not submit to Islam.

These two incompatible notions of peace continue to collide. Imagine if French soldiers had clambered out to sing and play soccer only to be gunned down by German soldiers who had a fundamentally different idea of peace. This was actually how WW2 was shaped as the victorious side played by outdated rules while Nazi Germany, Japan and the USSR shifted to a thoroughly totalitarian mentality.

Munich was a disaster because Hitler was not the Kaiser. The other side was no longer willing to play by any rules, even in diplomatic negotiations, or to accept anything short of total victory. The Allies were forced to match their enemies in a ruthless war that saw entire cities destroyed.

The Nazis and Communists were the products of years of indoctrination that taught them to see opponents as less than human and peace as being obtainable only through their destruction. Japan, which had a longer history of dehumanizing outsiders, proved to be an even tougher nut to crack.

Islam has a history of over a thousand years of continuously dehumanizing non-Muslims and identifying peace and their enslavement as one and the same. It is impossible to live in peace with Muslims who think that there can be no peace as long as non-Muslims continue to live independent lives.

In the Muslim worldview, war happens because non-Muslims exist. War is caused by the infidel, the disbeliever and the Muslim hypocrite who does not truly commit to the practice of Islam. The Jihad purifies the world of non-Muslims; it eradicates the “moderate” Muslims who have been compromised by Western culture. It is a war of extermination against the un-Islamic. 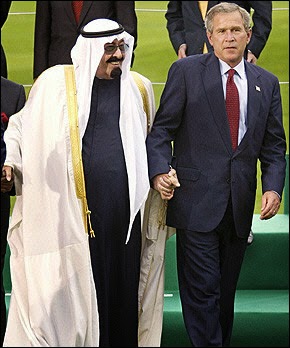 When Westerners propose peace, Muslims reject them as hypocrites for speaking of peace, but refusing to accept the only religion that can bring peace. They feel no obligation to honor any peace agreements since peace can only come from Islam and the Western rejection of Islam proves our deceitfulness and bad intentions. This dynamic is inherent in the Koran and the entire history of Islam.

Islam does not obtain peace through peace, but through war. It seeks a world without conflict by killing anyone who might disagree with its totalitarian ideology.

Proposing the peace of co-existence to an ideology to which peace means its own supremacy is a foolish and deranged act. Our outreach to the Muslim world does not lack for a common language, but for common ideas. Both sides may speak of peace, but for one side peace really means war.

Languages are not only made up of words, but of values. It is not enough to bring a dictionary to a negotiation if the two parties are reading from different moral and ethical traditions. Just because we translate “Salaam” as peace and agree that we both want peace does not mean that we have the same idea of what peace is.

The West sees peace as living side by side with Muslims. Muslims see peace as the end of the West.
Daniel Greenfield at November 30, 2014
Share