At a time when the State Department was spending fortunes on bad art, on Kindles at the bargain price of $6,000 a reader, not to mention renovating the mansion residence of a political donor/ambassador in Europe who would be the subject of yet another cover-up after being accused of pedophilia (but not before causing a public scandal by blaming anti-Semitism on the Jews) there was no money for securing a diplomatic mission that was so far behind enemy lines it might as well have been in the middle of Iran.

And again it was no one’s fault. Despite multiple whistleblowers from the State Department coming forward, most of them left of center types who wouldn’t spit on a Koch Brother, the panels and committees wrote the establishment a blank check.

On the one side you have a black cop who actually grew up experiencing racism. On the other you have a bunch of idiots in Anonymous masks and a community organizer/UCLA student who knows all about racism because she studied intersectionality.

The black police office argues for helping people regardless of their race while she tells him that he should only be helping black people.

You can hardly find a better example of liberal racism out there than this strange surreal exchange by the type of people who use “white people” as a punchline when they should be using it as a self-descriptor.


White UCLA Student to Black Cop: “You Are Kept Down by Your Race”


THE GHOSTS OF KANDAHAR

Obama signed on to a troop surge in Afghanistan to cover for his disastrous move in Iraq. Now the troops are staying on to avoid the spectacle of the Taliban overrunning the country ISIS style. Afghanistan has never been an actual priority for Obama. It has always been a way for him to deal with the political consequences of his decisions in Iraq.

Now the war has ground down to its predictable final stage in which the American presence is renamed as advisory even while combat operations continue.

Obama can’t leave Afghanistan because of the political consequences. But he still has no plan for Afghanistan and it’s the generals who are once again pushing him to have a strategic plan that protects American lives and accomplishes something useful instead of a political agenda that protects his own approval rating.


Trapped in Afghanistan Between Obama and the Taliban

BABY IT'S COLD OUTSIDE

The rest are there to get some attention while providing them with protective coloration. 9 out of 10 people screaming frenziedly while holding up “Black Lives Matter” signs would eagerly scream and hold up “Justin Bieber 4 President” or “Ferguson Loves the KKK” signs if it got them positive attention and a shot at being on television.

Everything you need to do know about why the riots fizzled out can be read on a thermometer. On Monday, when the grand jury failed to indict Officer Wilson, the temperature hit a high of 57 degrees. The next day it was still in the forties. Now that the temperature is in the twenties, the riots have fizzled out.

Weather breaks up a riot faster than appeasement. It’s hard to riot when your teeth are chattering.


3 Myths About the Rioters and Looters of Ferguson

And the party is just getting started because we’ll be paying them retroactive welfare benefits.

On June 9, 2000, a “Chief Counsel Advice” was published in the name of “Mary Oppenheimer, Acting Assistant Chief Counsel (Employee Benefits)”, though it was signed by “Mark Schwimmer, Senior Technician Reviewer”. This document advises IRS employees that illegal aliens who are disqualified from receiving the EITC can retroactively receive EITC benefits for years worked without a valid Social Security number if, after receiving a valid Social Security number, they file an amended return for the previous years worked.

Having burned down every grocery store around Ferguson, the great civil rights movement formed to protest a guy getting shot after a violent robbery and an assault on a police officer has picked a truly worthwhile target; Macy’s Thanksgiving Day parade.

Why Macy’s Thanksgiving Day parade? Is Snoopy racist? Probably, but that’s not the point. If you’ve learned anything by watching their tantrums by now it’s that they love attention and will explode into self-righteous vandalism at the least provocation.

Expect them to start stealing phones and then screaming, “I’m sorry you’re so upset about your corporate product going missing, but Black Lives Matter, hashtag.” And it’ll be mainly white hipsters and Muslim agent provocateurs doing it.

Gerard of American Digest has just moved and is running a blog fundraiser. He accepts Paypal and mail donations.

Ted Belman of Israpundit has been having some problems. He was fundraising, then he got hacked, and he could use some help.

And as always, Zilla could use some help.

Part of being thankful is helping others in our blogging community have something to be thankful for.


Finally, in this abridged roundup, an essay part of which seems quite relevant in light of the Ferguson hipster protests.

Meinhof believed in collective guilt. She believed particularly in the collective guilt of the German middle classes for the crimes of the Third Reich: but she held that she and her co-terrorists were exempt from both national and class guilt, not on the grounds that they had been infants or as yet unborn at the time of the Holocaust, but because they were communist revolutionaries; as such they “belonged to the working class”‘, and the working class in Germany had “never supported Hitler”, had “not voted him into power”, and were therefore “not guilty”.

Her passionate, confused statements made only one thing clear: she and her like-thinkers hoped that by identifying themselves with victims – of the Nazis, of the present social order in the First World, of “colonialism” and “imperialism” in the Third World – they could free themselves from guilt; or, more accurately, protect and preserve themselves from accusation. It was a way of asserting a moral superiority over their own nation and their own class. None of them really wanted to be poor, or oppressed, or hurt, or deprived of liberty, or killed, or compelled to do manual labor. What they wanted, what they envied, was not what victims had to endure, but the supposed esteem in which victims are held, their freedom from culpability, their high moral status. To be a victim – they seemed to believe – was to be innocent. And to be innocent was almost the same as being heroic. 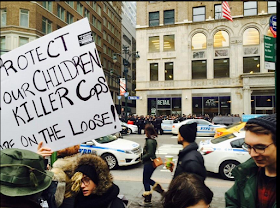