You Can't Outleft the Left

The dominant struggle of the 20th Century was the attempt to reconcile the growth of industrial economies with the social welfare demands of the left. The various attempts to "Steal the Thunder" of the left by adopting its social programs led to horrors such as Nazism on the one hand and the growth of the welfare state on the other. 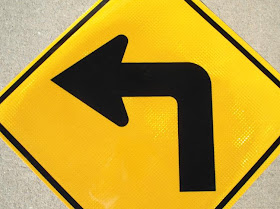 Communism was finally defeated by adopting its program. The national battle against a Russian
Communist empire was won while the domestic struggle against the left was lost.

The welfare state created a fifth column of bureaucrats and recipients to act as the left's electorate. Instead of stealing the left's thunder, they subsidized the triumphant long march of the left.

The liberal Republican prescription is still to Outleft the left, adopting some of its more popular ideas and social policies in a more sensible fashion. And they have never understood that the strategy, even when it succeeds in the short term, is doomed. You don't win by making your enemy stronger. The left understands that. That is why it's strategies once in power involve deepening and expanding its institutional power while destroying those of the right.

The temptation to Outleft the left is always there and always doomed because adopting the ideas and positions of the left means that you have already lost.

Mastering the craft of political expediency only gets you through an election. But if you adopt enough expediencies, moving left to win battles, the day will come when there are no more elections because the war has been lost.

Allying with the far left against the left on national security can be as tempting for some libertarians as bending on social welfare and amnesty is for some liberal Republicans. But it's equally a dead end.

The media has begun conniving in the downfall of Obama because the election is over and the next election will require a Democrat who will run against Obama in the same way that Gore ran against Clinton and McCain ran against Bush.

The ultimate beneficiary of the NSA outrage will be Hillary Clinton. And even if that we're not the case, trying to Outleft the left still fails even when it appears to work. Mainstreaming the ideas of a Glenn Greenwald because at a given time he makes a useful club to beat Obama with will only ensure a future version of Obama who is even further to the left. 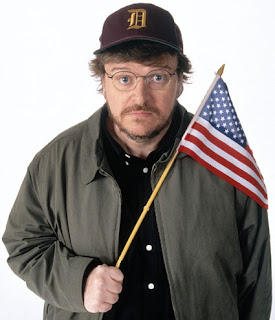 Either we fight for principles or for power and it's easy to tell the difference. Principles are consistent regardless of who is in power. Everything else is political expediency.

There can be a conservative case made against NSA data mining, but the case had to be consistent. Treating drones as an ingenious weapon under Bush but an evil death machine under Obama is not a principled position. If the NSA is bad, it was bad under Bush. If drones are bad, they were bad under Bush.

There is a fundamental difference between opposing a political targeting program in the IRS under Obama and jumping on the left's side of any national security issue because it allows us to hit Obama even when the issue did not originate under Obama.

Not all scandals are created equal. Some scandals are an outrage because they violate our principles and because they are a declaration of war against us. Others are a scandal because a bunch of international left wing activists who oppose every conceivable American military action say that they are.

A conservative case on any issue does not rely on the likes of Glenn Greenwald for support. If what we truly fear is the tyranny of the left, then what possible good can come from empowering the far left?

If you go into a struggle of ideas, you should know what your principles are and derive solutions from them. Greenwald and the rest of the far left does. Their principles lead them to reject terrorism as anything other than a response to American foreign policy. Their solution would be total surrender and appeasement. Imagine a policy that makes Obama look like a militarist and exceptionalist and you're there.

Many believe that there can be nothing worse than Obama. History suggests otherwise. There can always be worse and the seeds of that are here today. 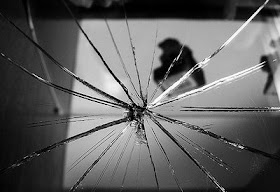 In a long struggle it is easy to lose sight of your principles. The question is have we lost sight of our principles in fighting terrorists, as the left insists, or after fighting a long bitter war against Obama for so long are we losing sight of the fact that our larger struggle is not against Obama, but the ideas and institutions of the left that he is a part of?

The enemy isn't just Obama or his flunkies. It's also Glenn Greenwald and Michael Moore. It's the entire transnational idea that denies the right of nations to defend themselves and indicts them endlessly for imaginary crimes against the Third World.

The only way to make a conservative case against tactics like the NSA wiretapping is to reject that premise and the likes of Greenwald. Unless that is done, the case belongs to the far left and adopting it is not an act of principle but expediency. Trying to beat Obama with the ideas of the left by undermining America will only give the left an even bigger victory.
Daniel Greenfield at June 11, 2013
Share