Little Brother in the Big City

When the big things start getting out of control, we start focusing on the little ones instead. Tackling small problems we can't solve is a good way to feel good about the big ones that we can't. 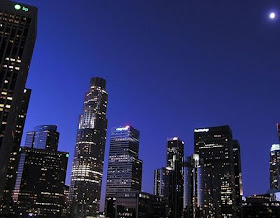 Can't do anything about the nice young men from Nigeria, Somalia and Bangladesh who occasionally stop maxing out social welfare and working odd jobs to set off bombs in the London Underground or butcher a soldier within sight of his base?

Just arrest an 85-year-old woman who shouts at Muslims that they should go back to their own country. At 85, she probably won't put up much of a fight. Then send out 1,200 police officers to protect Muslims from the wrath of a few dozen angry Brits who might conceivably hurt their feelings. And follow that up with some interfaith sessions with community leaders and you're all set.

Can't do anything about Muslims rioting and burning cars in Stockholm? Just send them out to leave parking tickets on the charred wrecks afterward. The owners probably won't do more than mutter a few obscenities and then recollect that they are lucky to be living in such a progressive country that stays out of both foreign and domestic conflicts while providing the best in social welfare.

The city is being segmented into unlivable welfare ghettos where there is no law and gentrified areas inhabited by hipster technocrats who want a thousand regulations that will make everything come out exactly their way. Both the ghetto and the gentro are expanding and squeezing out a working middle class baffled to wake up one morning and find out that they are the enemy of the new state.

In the modern city, you can walk two blocks or drive two miles and cross from a graffiti streaked strip of subsidized housing where the only law is don't talk to the police to an oasis of renovated homes where there are roughly four million regulations covering every little thing.

On one side, the police are out in force responding to shootings, stabbings and domestic violence complaints. On the other, the community board or local council is constantly under pressure from "community activists" to pass new Green regulations on energy efficiency or a ban on displaying toy guns in store windows.

The big effort to salvage the cities lay with courting a new elite of top grads by catering to their proclivities for bike zones, artisanal fusion cupcakes and just enough multiculturalism to make them feel good about sending Sierra or Madrigal to a private school that reserves 10 spots for diversity. That made trendy companies more comfortable about setting up shop in the city and the new burst of gentrification ticked out numbers that made it seem like the city was on the way up. Growing populations of hipster yuppies were displacing the ghettos to the suburbs, helped along by diversity lending mandates from banks, and ushering in a new clueless incarnation of the nanny state.

The old city was liberal. The new one is retarded. It's chock full of all the insane regulatory treehouse agendas of the college campus and just as tightly controlled. Its livable areas are hideously expensive post-college hangouts for grads with big money and big debts looking for hip places to live and its unlivable places are kept to a dull roar with lots of freebies. That worked in the 90s when cities were full of tech and finance sector money and were happy enough to pass it down to the ghettos or to even export the ghettos to the suburbs. But now the money is tight and the violence is up.

Progressive technocracy failed at all the big stuff, but it's focusing on all the small stuff. Set foot in a modern college campus and you'll be leafletted by a dozen activists pushing their petty agendas. That is now the state of the city where no one talks about mass riots and unsustainable pensions, instead the agenda is dominated by the petty fascism of environmental activists and diversity activists. The areas of every city not inhabited by the hipster yuppies and their dog parks could burn to the ground and the very next day the big agenda would still be LGBT school bullying or plastic bag bans.

Bloomberg isn't some kind of outlier. He just happens to be more obnoxious than the rest. The truth is that in policy, he is no worse than dozens of other mayors, who eagerly sign on to all his initiatives. And the other truth is that this petty control freakery is a convenient way to avoid dealing with the big issues. The worse the big problems get, the more focused the entire policy apparatus becomes on the minutia of liberalism. It's not big brother anymore. It's his obnoxious little brat of a sibling. 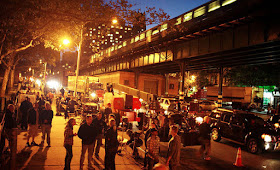 Forget burning cars. If anyone can smell a waft of cigarette smoke, Little Brother will be on you. Bombings and beheadings are taken in stride. But sensitivity violations bring out the cops, who always know whom they can take a club to and whom they can't. Fighting Morlocks is dangerous, but abusing an Eloi who didn't use the proper verbal form for a protected group or didn't put something recyclable in the right trash bin is fun for the whole government family.

What we have is not quite fascism. It's a selective fascism. It's stuff white people like fascism. It's fascism for enclaves of hipster yuppies who still believe in initiatives advocating perfecting the community through petty tyranny while around them the world burns. It's not Reichstag fascism, it's a compartmentalized fascism in which the sheep prey on the sheepish while pretending that the wolves don't exist. It's the fascism of the Eloi who don't just sit around helplessly, but oppress other Eloi.

Little Brother and Little Sister never grew up, and instead of a family album, they have photos of their favorite meals in their social media. They would only wear jackboots ironically, but they have painstakingly exact tastes in everything from food to fonts to politics and they want everything to be exactly the way that they think it should. They believe in freedom and in reporting their neighbors to the authorities. They believe in personal choice for everyone who thinks the way that they do. They are, it goes without saying, Obama voters.

In Little Brother's state, the police don't enforce the law. They enforce the whims of Little Brother and Little Sister. They are there to see that all the children play with Little Brother and Little Sister the way that they want them to. They don't believe in fighting crime or terrorism, except briefly when it happens to them, and they let go of it once their Facebook friends tell them to check their privilege, but they do believe in enforcing the million petty regulations of utopia.

Little Brother and Little Sister are the new elite. They are the unthinkingly glib products of an educational system that teaches little, but indoctrinates a lot. Their knowledge comes from Wikipedia. Their actual education taught them little except about how many people the United States managed to oppress in such a short time and how we need to feel connected to the environment to truly be alive.

Every age has its elites. Our age is burdened with idiot elites dedicated to destroying the "elites". We have a 1 percent that inveighs against the power of the 1 percent and then throws around its weight to get its way. We have people who work for corporations denouncing corporate power only to make use of it anyway. Our elites offer a torrent of contradictory pieties that are undone by their actions.

And the people who actually run all this, negotiating between the idiot elites and the violent classes, are only too happy to focus on the small stuff because the big stuff is officially hopeless. The real problems are a tangled Gordian knot that can be cut through, but not unwound individually the way the technocrats would like to do. And the little problems devolve into petty fascism that makes everyone but the people being stepped on feel better.

The angry mobs get to torch, behead and bomb. And the remnants of the middle class get a boot in the teeth. And Little Brother and Little Sister get to turn another street into a bike path or to insert calorie counts or environmental warnings or some other treehousery into daily life so that they can pretend that they have power, when the territory that they have power over is actually shrinking.

The center of power is always the last to feel the sensation of deadening chaos outside. It takes tyrants, even petty ones, a while to figure out that the system is over. The power that insulates them from that knowledge becomes petty. Instead of controlling nations, they control capital cities and eventually only their own courts. That micromanagement gives them the illusion of being in charge.

The Little Brothers have pushed the West to the edge, but they laugh at the very idea of danger. By all their metrics, everything is better than it was before. There are more jobs developing apps and more bikes being ridden and fewer people saying insensitive things and more little boys being taught not to play with guns and more diversity everywhere. It's progress. It's the future. It's forward and onward.

They're winning all the arguments and controlling the debate, but yet somehow everything is slipping through their fingers. Every initiative of their agenda passes, but it never works out the way that they think it should. 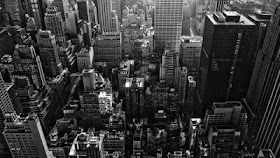 Little Brother, that poor sad imitation of Uncle Joe or Fidel, is a child playing with toys. All his experiences have taught him that he can control whatever he wants to, from his parents to his electronics to other children, but his societies, cities and countries are slipping out of his grasp and into a dark territory of anarchy.

The new power isn't an entitled brat with a government, but a gang leader with a hundred men or a kid who figures out how to bypass some onerous aspect of the system and tells other about it. Civilization is coming apart at the seams and it is the destroyers who have the power, not the petty liberal fascists who can dictate the ingredients of every meal, but not whether they will be beaten to death while biking home.

Liberals have wrecked cities and nations. And what rises out of the wreckage is not some progressive utopia, but oases of petty progressive fascism surrounded by a growing darkness of unmanageable and ungovernable territories and people. The dark age isn't coming. It's already here.
Daniel Greenfield at June 13, 2013
Share