Every city is by necessity a tyranny. Density determines how people live and how they do not. Freedom is in part inefficiency and city living is fed by the need to achieve social efficiency. Bloomberg's much denounced nanny state tactics are only an extension of the same drive to maximize social efficiency. 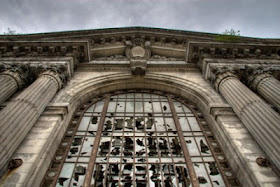 Bloomberg may have become the poster billionaire for such behavior, but the majority of cities have their own solutions to the problems of people that come at the expense of individual freedom. The same efficiency that compresses the maximum number of people into an existing space is also applied to every other area of their lives. In cities of strangers, there is no area of life too intimate to be examined and made more efficient.

Unlike the country, the city is its own frontier. Its great adventure is not exploration, but existence. The city is always changing, mutating, falling apart and coming together under assault from waves of new immigrants and social challenges. Its spaces are inner spaces; whether those of the mind of the individual on a crowded bus, the meaning of the squiggles in a piece of abstract art or that club hidden at the end of an old alley.

Cities are never stable. That is what makes them exciting. Truly old cities become fossilized, but they still always seem on the verge of being tipped over. The city is a social breakdown in motion and the authorities are always scrambling to apply emergency measures to salvage it. There are always poor people somewhere and other people on the verge of rioting. A criminal underclass haunts its towers and slums. And most of all there are too many people.

Freedom is measured in terms of space, both physical and conceptual, but in the city freedom is largely conceptual, rather than physical. The city man and woman are less likely to go camping than to explore their inner psyches. With little physical space available that is unoccupied, the urbanite retreats to the one sanctuary where no one can trouble him. His own mind. Despairing of physical space in his cramped conditions, he takes refuge in the space of his own psychic attic.

Culture flourishes in the city, but it is a culture that is a signpost of status. Urban culture has to work harder to be noticed among jaded appetites in cities where the noise and bustle make attentions harder to seize and where sensibilities are harder to shock. Status symbols in culture take that one step further by disrupting communications, producing art that is illegible and requires inside knowledge to interpretation. The escape into deeper levels of metaphor continues the urbanite exploration of the psyche while closing the door to the underclass to preserve the status of the artistic cultural space.

The city is seen as the pinnacle of culture and therefore there is nowhere else to go but deeper inside. If the city is the endpoint of human civilization, then its refining becomes the prime task of that civilization.

The modern liberal would hardly exist but for the various social improvement schemes of the city from the early muckraking photographers taking photos of dirty slum children playing in alleys to the massive implementation of the modern welfare state. The agrarian and industrial obsessions of the left have collapsed. Only the urban obsession with the eternal slums, now likely to be the product of government intervention, rather than slum overcrowding, continues. 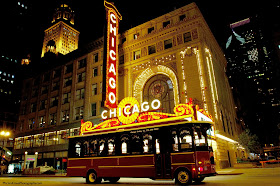 It is no coincidence that Obama's big victories came in the city. And it is even quite probable that population density might be a predictor of big government and small government voters. It isn't that urbanites especially love government, but they have come to accept it as a necessary evil and to look longingly for the vaunted reformers to come and save them from the political machines.

The lack of space, physical, economic and structural, in a city makes the lack of freedom into a part of the design. It is second nature to assume that someone must administer those friction zones because there is no alternative.

The social codes that might resolve such conflicts elsewhere are difficult to sustain in an environment that is always changing. Anonymity brings with it a freedom from peer pressure and community mores, but also eliminates the power of those things to maintain social norms.

Urban social norms are evolved to avoid conflict. Urbanites studiously ignore each other or maintain a distant politeness in their interactions. Not noticing other people is the height of good manners. The truly civilized man is expected not to notice uncivilized behavior. Relativism is the expected response to any violation of human norms, but not to violations of any element of the petty codes of urbania. It is very well for a man to strip naked on a train and run from car to car shouting that the aliens are coming, but not to throw his recycling into the trash.

The only free people in cities are eccentrics and criminals. Eccentricity is a necessary performance art in the face of anonymity. And criminality is often the only way to get things done. Everyone breaks some laws because there are too many laws and many of them are unreasonable or unlivable. In their own way, every urbanite is an eccentric and a criminal. It is only a matter of scale. The best eccentrics have features written about them in newspapers. Less successful eccentrics occasion only shrugs. The best criminals become legends. The rest just spend their senior years bemoaning the new thugs who don't seem to care about honor and are only out for themselves.

Information is the great obsession of the city. The urbanization of America has kept up with an information management revolution. Telecommuting did not touch off a second wave of suburban escapes. Instead cities became bigger than ever.

The new mobile technologies can be used for telecommuting, but what they do best is overcome the sense of confining space. Compacting social interactions into a 4 inch device has transformed the city into a landscape of invisible connections. Social media has achieved another descent for the city into inner space, maintaining imaginary broad social spaces amid the density of urban life.

The internet has become the ultimate city, a virtual urban environment flooded with content, shocks, amazes and confuses, while destroying sensibilities and boundaries. It is a multicultural city encompassing the world. And the individual cities are also coming to seem like the internet, networks and hubs, short-lived and purposeless, but somehow hanging on long enough to grab some attention.

Information is the city's only reason for existence. The industries have fled to dirtier cities in the far east. Detroit still grinds on as carmakers subsidized by the government subsidize a city abandoned by its people. On the verge of bankruptcy, Detroit looms large in the imagination as a failure, a relic of industry whose great failure was the inability to attract enough bright young people with money to subsidize its army of government employees.

New York City on the other hand is a success story. The city makes very little of any use, but it does cater to tourists and acts as a hub of the financial industry. It offers impressions and information as its currency. And supplements that with culture and education. It is no different in this than many other cities, including London.

The new city is park brokerage and part hipster hangout, with the two often overlapping. Outside this charmed circle of hedge funders attending art exhibitions is a growing permanent underclass flowing through the gates of the city. The relationship of that underclass to the two charmed circles of finance and culture is that of the barbarians at the gates of a decadent empire. 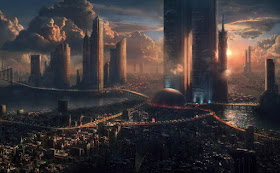 Cities are arguably ghettos. The old mechanisms for moving workers up the ladder collapsed when industries did. The workers who moved to the north from the south to take advantage of those industries became dwellers in the ghettos and they were joined by armies of immigrants looking for opportunities, but finding few of those outside the civil service.

The city exists to administer the city, to cater to it and to serve it. Cities are getting bigger, but it's not a natural increase. The very efficiency of the city has made it a convenient place to gather large numbers of people who need caring for. That is explicitly the case in Detroit where plans include making the city far smaller by demolishing parts of it in order to be better able to care for the people.

The modern city is a failure, but it is also the space out of which conceptions of the ideal state come from. Urbanites are still suckers for the progressive dream of a global state that packs everyone into a city as big as the world. No one asks to what purpose. To an urbanite, the purpose of the city is self-apparent. It is home.
Daniel Greenfield at June 17, 2013
Share