The Crash of Socialism 2.0

In the digital pages of the New York Times, Ezekiel Emanuel, Obamacare whiz kid and brother of Rahm, has a modest proposal to lower suicide rates by ending the sale of Tylenol in bottles. From now on there will be just be small packages of Tylenol blister packs as a kind of seven day waiting period for committing suicide. 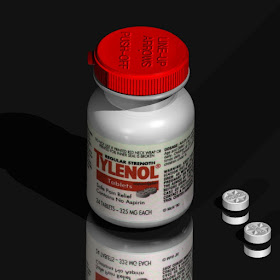 Emanuel is no great humanitarian looking to save lives by making it slightly harder for Pete, who has been laid off work because his company found it easier to do business in China than spend an extra twenty million a year dealing with the regulations endorsed by people like Emanuel, to commit suicide. The truth is he doesn't care about Pete at all. He isn't looking to save Pete's life. He's looking to lower suicide rates.

The two might seem like they are one and the same. And it's an easy mistake to make. Politicians make it all the time. If there is any single great error at the heart of Obamacare, it's that conflation of saving individuals and tinkering with statistics.

In support of his proposal to ban Tylenol bottles, Emanuel cites a British ban in 1998 that he claims significantly lowered Tylenol overdoses. But while Pete, the British edition, may have become slightly less likely to down a bottle of Tylenol in Blighty, overall suicides remained fairly steady, and male suicides have spiked significantly with the economic downturn.

Treating Pete like a child and taking away his Tylenol didn't stop him from committing suicide. And perhaps treating him like an overgrown infant under the care of an idiot nanny state that can figure out how to ban Tylenol from pharmacies, but not how to keep Somali drug dealers from overrunning London, made him feel more helpless and more determined to assert what control he could over his life.

Not that it would matter to Emanuel. The sorts of people who dig through medical journals to find some ingenious nanny state micro solution from the UK, Japan or South Africa that increased or decreased some petty statistic by some petty percentage don't think in terms of people. They think in terms of statistics. They see people the way that Intel engineers see computer chips and they're just trying to engineer them to get the best and most efficient performance out of them.

The modern nanny state is a diseased bastard child of Sociology, Marketing and the efficiency experts who used to roam the halls of GM and IBM back when companies still had company songs. It may be stuck with a mechanical understanding of actual people, but is an incredible whiz with statistics.

If the original Muckrakers that started the machine of urban reform (that turned into national reform) seemed to occasionally care about actual people, their ideological descendants are leftist autistics, in love with statistics and devoid of empathy. They can't tell you why Pete wants to kill himself, but they can tell you that taking away his Tylenol will reduce his chances of a Tylenol overdose.

The "Nudge" school of Cass Sunstein attempts to paste a human face on an inhuman system by tinkering with people at a microscopic level. Instead of passing big laws, there will be lots of small laws. The old totalitarians would have outlawed suicide. The new totalitarians outlaw Tylenol.

Nudgery has found its apotheosis in New York City's Mayor Bloomberg, a billionaire with all the people skills of a cold fish. It's dead certain that Bloomberg already has a copy of Emanuel's latest piece and has forwarded it to one of the numerous overpaid experts who populate his administration and his political organizations. It's not that Bloomberg really cares whether people kill themselves, but like the old efficiency experts, he likes those incremental improvements. 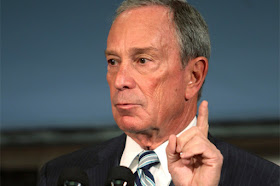 Tylenol overdoses down 13 percent looks good. It doesn't tell us whether suicides as a whole have gone down. It doesn't tell us what those people are doing instead of committing suicide. But those are all holistic questions. They deal with the whole human being instead of a sectioned off statistic, like one of Damien Hirst's dead cows in a box. And the nudgers and nanny staters are incapable of that.  They like the idea of micromanaging people because they can't actually relate to people.

The old efficiency experts looked for minute gains that often failed to improve actual productivity, but made managers feel better about how much more efficiently their employees were working. But the country doesn't do work anymore. Not of the efficient kind. The new efficiency is social efficiency. It's figuring out how to get as many unemployed patients into and out of a doctor's office in as short a span as possible while paying the doctor as little possible. And then locking up all the Tylenol so the patients don't kill themselves. And then the social efficiency experts get a big bonus.

Once upon a time we used to make things. Now we make people miserable.

Nudges gamify progressive impulses. Score enough minor statistical improvements and you level up from a non-profit to an advisory board to a White House cabinet position. The big picture may be as bad as before, but that's not your department. You're acting locally and thinking globally and doing everything but actually helping people. And you get to feel good about helping to change the world.

Earlier generations managed to fundamentally change the world, without planning to do it. They just made things because they were worth doing. Later generations grew up being told that it was their duty to change the world and spent all their time doing nothing of worth and feeling good about it. And now the great revolution in data, the only actual revolution in generations, is being put to the service of social microsurgery, laser scalpel precision operations to tune society into a machine for manipulating people. But the people running the machine don't really understand people.

That doesn't mean they don't get results. Your average marketing expert has less understanding of human beings than an alien from another planet. That doesn't stop the machine that he's part of from getting results through sheer power and pressure. Likewise, the media is mostly wrong and not trusted, but still gets results because it has the biggest megaphone.

The Pavlovian shortcuts to manipulating people that are such a big part of convincing you to try a new soft drink or selling voters on Obama 2012 worked, but getting people to buy your hairspray or vote for your candidate is fundamentally different than changing how they live. The nudges and the data streams may seem sophisticated, but they rely on a Pavlovian view of human beings reacting to impulses in predictable ways. It's good enough for making a dog salivate when a bell is rung or a coed's eyes fill with stars at a Hopey poster, but it doesn't account for anything deeper than that.

A deeper view of human nature takes into accounts paradoxes and complexities. It understands that every act will have positive and negative consequences. And that people can be manipulated into acting against their interests and drives, but not into giving up on pursuing those interests and drives. That is where the Yugos and the Ladas of Communism ran into a ditch by assuming that the ability to control people at the macro level was the same as controlling them at the micro level.

The planned economy always runs into the paradox that the benevolent plan for the benefit of the People, even when it is endorsed and supported by the People, is torn to pieces by the individual interests and drives of the people, no capital letter. The collective is definitive in propaganda, but it is the personal that triumphs over the political. The unconscious drives of the individual triumph over the collective.

The modern engineers of societies think that they are wiser because their nanny states take into account the micro. They tinker with the size of Tylenol containers and think that this means that they are better prepared for the challenges of a rigidly controlled totalitarian state than Lenin and Mao were. They aren't. If anything they are less prepared. Lenin and Mao had the cruel cynical contempt for people so common to Communist dictators. Their idiot stepchildren, part IBM, part George Herbert Mead, all Google, treat people with contempt, but don't even pay enough attention to people to be aware of the contempt that they have for them. Their contempt is as autistically mechanistic as their solutions.

The old progressive way was to model the state on a factory full of big machines, ruthless managers and experts overseeing the entire operation while the workers scurry underfoot. The new way is to model the state on a dot com that collects information on you in order to assign you to a category that will determine how it will automatically manipulate you. It's the sort of thing that seems like genius on a TED video or in the pages of the New York Times, but is even uglier and more doomed. 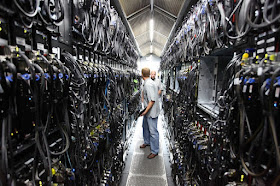 Swapping out the factory for the data center and patriarchy for matriarchy doesn't fix the soulless hole at the heart of the problem. A perfect society built by trying to turn people into machines will always fail. It will fail whether the logo on the box reads IBM or Google, whether the engineers wear three piece suits or neckbeards and whether the poster on the wall is Big Brother or Elizabeth Warren.
Failure can't be engineered out of the system. Failure is the system.

The social engineers are trying to stamp out bugs. They're proposing to lower the Tylenol overdose rate while the national debt approaches 17 trillion, the average student graduates with $30,000 worth of student loan debt and the suicide rate for men continues to rise. But the bugs aren't isolated faults, they are symptoms of the unworkability of the program. The programmers are trying to program people without understanding them and repressing people in favor of systems in order to achieve their target goals.

The social programs have failed. Socialism 2.0 is already as much of a social and economic disaster as Socialism 1.0. The future isn't progressive social improvements micromanaged by experts, but electric poverty, tax dodging dot coms and online black markets. The modern Neros are still fiddling with their people manipulation software while everything around them burns.
Daniel Greenfield at June 03, 2013
Share