The one question I invariably encounter in a conservative movement that tends toward the gray side is how to engage the youth. And the answer is usually nothing that the questioners want to hear. 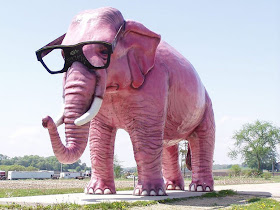 Now the Republican Party has laid the corpse of the last election on the slab and come up with the expected answers. Some of them are correct, albeit belated. Many others are the sorts of things that the squishy side of the party has been recommending for a while.

The Republican Party has gone from denying that there is a culture war to conceding defeat in the culture war while denying that it ever existed. Its program now is to push aside the socially conservative material and stop frightening off minorities. And that misses the whole point about everything.

The right has its racist elements like the left, but its weakness with minority groups has nothing to do with what the Republican Party is, but with what the Democratic Party says it is. The GOP is taking on responsibility for the things that it never did. That is a bad idea on the best of occasions, but a terrible idea since it only reinforces the exact same image that has attached to it.

George W. Bush, John McCain and Mitt Romney were not racists, but if you listen to the media and have no opinion of your own, you might get that impression. And if you're a member of a group that experiences racism and your community leaders and role models tell you that they are racist, then you have excellent odds of believing it.

Clarence Thomas, Herman Cain or Ben Carson are not going to fundamentally change that because the problem is not really in the Republican Party. The problem is that the other side has an extensive investment in depicting Republicans as racist and it controls much of the media and academia. Its figureheads also happen to be highly influential in those communities being targeted.

The only way to counter that is to build up an actual working presence in these communities, focused on their middle class and their small businesses, finding common cause where it's possible, and doing something to build up rival community leaders.

And this isn't only true of minorities. Plenty of white communities are in the same boat. They can occasionally be won over, but they have been structurally indoctrinated and organized into seeing the Republican Party as the enemy. That isn't going to change because the Republican Party goes out of its way to announce that it is now friendly.

A non-retarded Republican Party would have spent the Bush Administration seeing that all that money from Washington D.C. is going to friendly organizations, rather than unfriendly ones. The Democratic Party has spent decades doing just that. But that is very doubtfully the GOP plan.

Instead perhaps there will be a series of LDS-style ads featuring minorities who announce proudly, "I am Black and a Republican." And someone will make a lot of RNC money proposing that idea.

That naturally brings us to the youth. A sizable number of them do believe in gay marriage, abortion and a cradle to the grave nanny state complete with free contraception and abortion for all. But for various reasons the Grand Old Party has decided to bend on gay marriage in the hopes of winning over the kids.

Romney didn't actually lose the white youth vote and going for gay marriage will likely alienate young religious voters while failing to attract nearly enough socially liberal/fiscally conservative voters to make up the difference. Not unless Rand Paul is on the ticket and probably not even then. But the GOP still isn't thinking with its head. And like Rob Portman, it's driven as much by personal concerns as by political ones.

The answer that I give when asked about the youth, that no one really wants to hear, is that in many cases they aren't 'gettable'. That doesn't mean that they are permanently off-limits, but that with delayed employment opportunities and delayed maturity, it will take time until they actually share conservative economic and social concerns. That's not true across the board, but it is true of the very voters that the Grand Old Party wants to get its hands on.

Shifting on gay marriage will not make a difference. It will only reinforce the image of the GOP as a dated party that lags behind the Democratic Party's initiatives. And gay marriage does not exist as an individual cause. It is part of a constellation of social causes representing progressive social mores. The idea that gay marriage is a stopping point is laughable. There is no stopping point. That is the whole point.

The left is not interested in gay marriage because it believes in marriage, but because it believes in destroying all existing social institutions. A Republican Party that fails to grasp that has no clue where it is or what it's fighting. It might as well be sent blindfolded into the ring with Muhammad Ali. And that is indeed what has been largely going on. The Republican Party has capitalized on populist backlashes to the left's culture war without really understanding them or believing in them.

That brings us back to the youth. If we are to believe the brilliant rebranders of the GOP, then the youth have naturally socially "advanced" on gay marriage. That is of course utter nonsense. The advance has been carefully engineered by the left for its own reasons using popular entertainment and the education system, among other methods. The same process that branded the Republican Party racist led to this amazing social revolution in believing what you see on television to be true.

Gay marriage exists as part of a set of progressive social values. To accept it, you have to accept everything that comes with it... or a year from now you'll be right where you were before you accepted it.  And the people moving the agenda forward are not your friends. The places that they are moving the agenda are meant to stagger you and bewilder you. To make you feel like you are losing your own country.

The natural advance theory is a myth. And trying to keep pace with these 'advances' is hopeless because they are managed culture war strikes, not some external process naturally progressing at its own pace.

The same problem exists with the youth vote as with the minority vote. We are not up against a cultural or social misunderstanding, but a deliberate program that has been developing for over a century and that is backed by heavy investment in role models, in entertainment and in ideas. We have not alienated them. They have been alienated from us. The distinction is an important one because it means that we are not in control of the process.

Trying to win by evolving is a lost cause. Trying to repackage conservatism as socially liberal ignores the most basic elements of human psychology and the entire process of youthful rebellion that feeds  radicalism. All that's left is to get rid of conservatism, rename the Republican Party the Freedom Party that now stands for everything the Democratic Party stands for except higher taxes and big government and wait for the laughter.

Imagine a Republican candidate trying to adopt his liberal opponent's positions in a debate with a one-hour delay. That is how ridiculous the GOP is being. And its leaders should not doubt that even a crowd of voters which gets sizable chunks of its politics from its entertainment will only sneer at them for their hopelessly uncool efforts at trying to fit in.

The GOP leadership wants a quick fix solution. How to Get Minority Voters and Young Voters in 4 Easy Steps. There is no such solution.

The left did not get to where it is with quick fix solutions. It thought in the long term and it acted in the long term. And while we may lack the time and the committed manpower to replicate its tactics, it's absurdly silly to think that its cultural advantages, which include, among other things, control of the education system and your television set, can be negated by turning on a few positions.

This is a war of values. Whatever your beliefs about marriage or any other subject may be, every political struggle is about what we believe about society at large. It is about what we believe other people should believe. The man who believes in the least amount of government imaginable still needs a society that agrees with him and is willing to implement that kind of system or it all comes to nothing.

We are in the middle of a culture war. That doesn't mean our leaders should go around shouting that to the skies, but they should understand what it means. This is not really a struggle over ObamaCare or gay marriage or whether money should be pumped into green energy, agricultural subsidies or foreign aid to Pakistan. It's a battle over what kind of society we should have and what its people should believe and not believe.

You don't win a culture war by opting out. You don't win it by surrendering on most of the points. And you don't win it by pretending it isn't there. If you fail to make an argument, then you lose by default. And then when the polls catch up with you, you chalk up that failure to changing mores and count yourself clever for catching up to the bandwagon of your enemies and then fighting a last stand on the next issue of the day for as long as the polls say that you should.

This is not simply about government. This is about the kind of society that we want to have and the kind of people that we want to be. This isn't about enforcing morality, but it is about recognizing that if we don't have a system of values that we put forward, then we will automatically lose to those who do. And their system of values will have very little room for freedom of speech or any other kind of freedom.

Some people vote for parties, swapping them out like yesterday's laundry. These are the independent voters. Others vote their values and that is as true in Portland as it is in Salt Lake City. Most vote their culture. That tribal sense of where they belong. It is why Jewish support for the Democratic Party is so hard to shake. It is why social conservatives keep voting Republican even when they see little out of it. 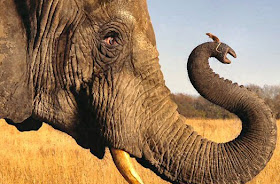 If the Republican Party ever starts understanding where its voters are coming from and where the people who aren't its voters are coming, and the entire process that has been tearing apart the country for generations then it might have a shot. But that's not a quick fix. It's not an easy answer. It can't be solved with an online ad campaign full of videos meant to go viral, but not in the way that the people making them think that they will.

The GOP used to understand the culture war, now it doesn't. It would like a unilateral detente. It would like to opt out and just focus on economic reform. And that plan has as good a chance of succeeding as interrupting an exchange of shelling in WW1 to ask if this whole thing can't be settled with a spirited debate. It doesn't work that way.

The real problem is not just that the Republican Party is still shell-shocked from its defeat, but that it has learned very little from that defeat. Despite being beaten by a coalition, it has no real plan for assembling its own coalition. It doesn't really understand its base or the other side's base and it is thinking in urban liberal terms about the future of a conservative party.
Daniel Greenfield at March 18, 2013
Share