Hollywood has no problem being dumb, sleazy and violent. Those are all known and marketable qualities. What it does not look is appearing desperate. Desperation however is what the Oscars of this year and last year have in common. They stink of an industry desperately racing its own age and irrelevance reaching for gimmicks to try and hang on to a younger audience. 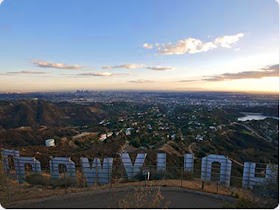 The dirty little secret is that Hollywood hardly exists anymore. The industry is bigger than ever, but its bread and butter consists of 200 and 300 million dollar special effects festivals filmed in front of green screens and created in Photoshop and three-dimensional graphics programs. They star obscure or mildly famous actors and they do two-thirds of their business abroad.

America is still the official headquarters of the global entertainment industry, but many of the bigger projects are filmed internationally with foreign money and intended for foreign markets. What the American corporations bring to the table is the intellectual property which is why the latest spasm of mergers and buyouts has focused on taking control of every treasury of classic marketable properties.

Disney has put Star Wars, Mickey and Marvel Comics under one roof. It's impressive from a business standpoint, but bankrupt from a creative standpoint. Old Americana is being milked dry for the sake of turning out another disposable movie starring familiar characters. The movies are actually still the same.

The blockbuster has mutated into its final stage. The "individual" movie is almost dead. Forget Jaws or Raiders of the Lost Ark. The modern blockbuster is seamless and soulless. An impersonal work that renders the director and cast irrelevant. The criticism has been made before, but what is new now is the percentage of special effects and the cost. The more expensive a movie becomes, the more risk averse its producers are.

If a movie is going to cost 200 million dollars to make, then it has to be identical to the other 200 million dollar movies that were profitable. The template is there. All that's left is to plug in another talented Korean, British, Russian or even perhaps American director, and then roll out the same movie with characters from another property.

The movie must have collapsing skyscrapers, massive explosions and a few slumming character actors. What it cannot have is too much dialogue or plot, because those don't translate well. How a movie will play in Topeka or even Los Angeles doesn't matter nearly as much as how it will play in Beijing, Moscow and everywhere else.

Hollywood makes movies on the side. What it really does is manufacture special effects theme parks for other countries whose own entertainment industries are not yet ready for prime time. And the types of movies that it makes can be made nearly anywhere. And will eventually be made anywhere. Tinseltown is pretending to be artistic and creative, even while both qualities are dead as doornails.

These days Hollywood resembles the decline of the British film industry, kept alive by state subsidies and used as a talent base for other countries. At some point, American actors and directors will move on to next conglomeration of capital and audiences in Asia, the way that British actors and directors moved on to Hollywood. The next Hollywood will speak Mandarin. Its executives will buy up American properties and film them in China. The casts will be diverse, the plots will not exist and every movie will be mostly the same. In other words it will be exactly like Hollywood is now.

The blockbuster of 2025 will be Made in China. It will feature 1. Aliens 2. Robots. 3. Buildings collapsing. It will have a pro-China message, but the Western writers hired to insert some topical dialogue for Western audiences will throw in a few relevant lines for the version that is released here. The Indian, Russian and South American writers will do the same thing for their versions.

Hollywood will become the American distribution arm of a new global film industry that can make the same bad movies more cheaply and easily. Its executives will recommend properties for the head office in Beijing to buy up. Occasionally they may even be allowed to make some of their own movies. There will be plenty of nostalgia and the usual tawdry independent movies funded by taxpayer subsidies that you can find in Europe's own buggy whip movie industries. 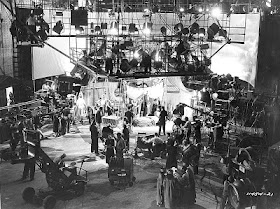 The big wheels of the industry already know this. But they don't have much of a choice. Hollywood has been frantically chasing the youth market with each new incarnation of entertainment technology. Hollywood spent decades making movies bashing television for competing with it for its audience. Eventually the electronics companies that fielded the first television networks dumped their products into the same pool as the movie studios, but by then the internet had begun to take off. And all the movies demonizing the internet haven't done anything to stop it.

The movie/television/comic book conglomerates are competing for younger audiences against video games and the internet. And the internet is winning. The median age for most of the entertainment industry's products is old. Some of that can be attributed to demographic collection technologies that rely too much on traditional viewership, but much of it is just reality. Hollywood may bring in James Franco or the creator of Family Guy to host its industry party, but that doesn't change how old it is.

The entertainment industry dumbed down its products to the lowest common denominator to target the teenager. And in the process the entertainment industry destroyed itself. Television networks killed family hour to chase upscale twenty-somethings and wiped out their own viewership. Their big brothers destroyed the movie theater by making it indistinguishable from an amusement park ride. The television network model killed networks and the cable networks that adopted that same model are about to get whacked by the collapse of the cable bundle business model. The movie model made the movie easy to reproduce by any country with enough capital and digital artists. These days that's the People's Republic of China.

Hollywood movies are already being made to Chinese specifications, complete with Communist censorship, and that's only the beginning. If China's economy does not collapse, then it will become the tail that wags the Hollywood dog. And Hollywood will be history.

The death of Hollywood would have been a tragedy once, but these days it's almost a relief. It leaves behind a lot of great movies, almost all of them made in the past, and the best proof of that is the compulsive flood of remakes, reboots and reinventions of old properties. The spirit of the industry is gone and all that's left is a shambling zombie picking over its own brains and living off past glories while throwing elaborate industry parties that are little more than an expensive glorified reality show.

Hollywood is still chasing relevance and the youth market. The theater conglomerates are figuring out new ways to squeeze twenty bucks out of customers in a bad economy to cover their own expenses which include revamping their theaters for youth-oriented gimmicks like 3D. But the problem is that in an economy where the under 20 and 30 crowd is out of work, those gimmicks are struggling to pay for themselves. Add in the high levels of unemployment among minority young males, who are the industry's best customers, and the picture looks even bleaker.

The Chinese kid has some money to spend after getting through a long shift of making iPads or grinding for virtual money in an online game. American kids have less money than they used to and the internet offers entertainment, including the latest pirated movies, for free, often offered by sites run by some of those same Chinese kids.

In this solipsistic environment, does the movie theater even have a future? How much room is there for a business model built around digital entertainment that doesn't run on the internet? Despite the billion-dollar grosses, theater owners are not entirely certain. There's a reason that a thimble's worth of soda and popcorn is so expensive and it's not because movie theaters are doing well. It's because everyone is behind and running up debt.

Movie studios throw fortunes into mediocre blockbusters and then spend the next three years wrangling over the profits, and cheating everyone from the director to the stars to their distributing partners of their fair share. Movie theaters pay out most of the money from the opening weekends to the studios and count on extended engagements to make money, but the modern blockbuster is one opening weekend after another with no extended engagements.

Everyone is deep in debt and counting on a string of hits to bring in audiences and save their business model. Everyone is merging and clustering together to limit the risk, while increasing the drag. 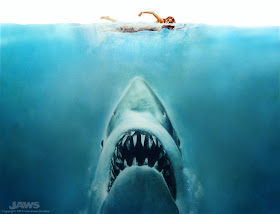 There's no future in that and Hollywood knows it. The industry is locking down intellectual properties because it knows that it's about to turn into Kodak after the digital revolution. An outdated business with nothing to offer except its rights to certain properties that more successful industries will want to make use of.

Hollywood is dead, but its corpse is still trying to carry on with business as usual. The inventive industry that mixed together vaudeville and adventure books into an entire industry that spanned the globe has long ago run out of ideas. Instead it's marking the time, deadening its nerves and doing everything it can to appear youthful. The parties are still being thrown as if the industry has not changed, as if it's still a band of salesmen and theater owners who opened their own studios and made and lost fortunes betting on geniuses and big concepts.

What we think of as Hollywood was a byproduct of the need to fill theaters, but the technology of filling theaters is being broken down on a more sophisticated level, without the need for creativity. What the big computers did to Wall Street, they are also doing to Hollywood. The future isn't a silver screen, it's a behavioral map of the most reliable ways of getting the industry's best customers into a theater to watch a product created in slave-labor countries based on templates that run on numbers, not creativity, even of the three-act kind.

Hollywood's past glories may live on as nostalgia, but it has no future. The industry is history.
Daniel Greenfield at February 25, 2013
Share