In Year 1 of Obama, two fat cats named Michael Moore and Harvey Weinstein released a movie. Their magnum opus was "Capitalism: A Love Story". The unsubtly sarcastic point after the colon was that capitalism was an unmitigated bag of evil. And to reaffirm the faith of capitalism-haters in the evils of capitalism, here was a movie put out by a bunch of corporations owned by millionaires. 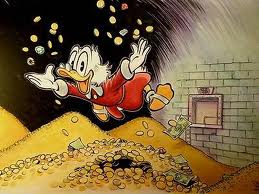 The traditional image of the anti-capitalist as a ragamuffin who dies of consumption in his garret has always been at odds with the real image of the anti-capitalist as a rich man or the son of a rich man. When Obama launched his big push for higher taxes, he enlisted as his ally none other than the richest man in the country. And when Occupy Wall Street's demographics were broken down, the courageous opponents of capitalism turned out to be the sons and daughters of the upper class.

This sort of thing isn't a surprise, it's history. Lenin's father was a nobleman. Cuba's dictator attended Castro's wedding. The man of the people is rather often stuck at the bottom of the top of the pole. The people who make revolutions are not the dispossessed, but those who are close enough to see what power really looks like, but have no hope of wielding absolute power unless they enlist the mob. They are close enough to see the throne, but not close enough to non-violently sit down in it.

That's not even the case in America. Here we instead have the bizarre spectacle of Nicholas II and Batista calling for a revolution against the petite bourgeoisie. It's a class war being waged by billionaires against people earning six figures a year. It's millionaires making movies for profit using workers to denounce the practice of making things for profit using workers.

All of this is done in the name of democracy. Just look at the Democracy Alliance, an alliance of left-wing billionaires spending huge amounts of money to win elections. What could be more democratic than that except actually paying individuals for their vote. But just as there are bad capitalist movies and good capitalist anti-capitalist movies, there are bad billionaires who use their fortunes to influence the political process and good billionaires who use their fortunes to etc...

The Koch Brothers are bad. George Soros is good. Sheldon Adelson is bad. The Sandlers are good. The good billionaires on this list have arguably done far more damage to the little people and to the political process, but good money and bad money have nothing to do with real world consequences. Good billionaires give money to the left. Bad billionaires give money to the right or just swim in giant piles of it every evening before taking a cruise on their solid gold yachts.

Good evil CEOs work at non-profits and do nothing while chewing up public money that is taken by force from the people. Bad evil CEOs oversee the production of products that people voluntarily buy.

Good people support taxing the middle class and bringing in huge numbers of unskilled workers to the country to work cheaply and then tax the middle class some more to cover their social benefits. And of course they're good people. They even offer the children of the middle class a chance to go to college and rack up six figures worth of student debt that they can then use to write essays protesting income inequality. 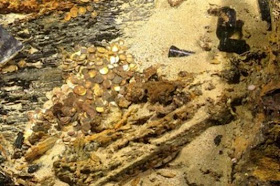 And there's no conspiracy to see here. If you think that you might as well suspect that the Democracy Alliance wasn't really about promoting democracy, but about using giant piles of ill-gotten loot to hijack that democracy.

It doesn't really matter if you call it capitalism or socialism or anythingism. Power is about power and money is about money. Strip away the labels and you have a lot of powerful people trading money for power with the agenda of accumulating more of both. It doesn't really matter what you call a billionaire who makes his fortune on currency speculation trying to dictate elections or a former politician who uses his clout to promote a crisis that his investments tend to profit from.

The concern trolls of income inequality tell us that the escalating gap is a crisis, but that's another distraction. The issue isn't how big the gap between you and the CEO of Sears is. The issue is how much of a challenge it is for people to make it to the middle class and stay in the middle class. And that's not a problem that can be solved by taking more money from the CEO of Sears.

Confiscating wealth may be a tempting strategy if you're a Russian peasant in 1918, but the wealth redistribution invariably applies more to the largest segments of the population because even in a country where the poor really are poor, their resources can be indefinitely confiscated, while those of the rich cannot be.

The revolution may start with the merchants, but when all the wine is drunk and all the mansions are sacked, and Lenin has sold the best paintings in the museums to Armand Hammer (another good lefty tycoon) it trickles down to the peasants who retain wealth through sheer numbers. Armand Hammer flies the paintings home and the peasants get marched off to collective farms. The income inequality problem doesn't actually get solved, but no one talks about it anymore for fear of being shot.

It's always easy to frame the problem in terms of the hoarding of capital by the wealthy, but the wealthy aren't actually hoarding their wealth. The wealthiest Americans tend to give their wealth away through various foundations. Bill Gates is spending his fortune trying to wipe out Cholera. Ted Turner has plugged it into the United Nations. David Koch had given hundreds of millions of dollars to Lincoln Center and MIT. It's not a new tradition either. The names of Carnegie and Rockefeller are all over landmarks in New York City, including libraries and theaters.

If the ladder up the classes has gotten shakier, it is doubtfully the fault of the plutocrats for being rich. The 1 percent is not a new phenomenon in the country's history, nor is the denunciation of them for being rich. Americans have had a complicated relationship with wealth for a long time and that hasn't changed. What has changed is the rise of a third factor.

It's silly to talk about the conspicuous consumption of even the most outrageous rich, when the government rips through more money in a day than every billionaire combined could possibly spend. And that spending has been driven in no small part by agitation from political organizations funded by billionaires and millionaires, sometimes out of an insistence on political philanthropy and sometimes for darker motives. 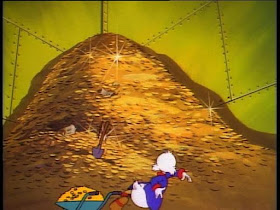 Incomes haven't become more unequal because the rich have grabbed all the money and stuffed it into a vault, but because the traditional ladder of success has been cut away and replaced with a clumsy government elevator that sometimes comes and sometimes doesn't, and requires a whole lot of maintenance. But its defenders say that elevators are modern and smooth. They may not fit many people, but it is a quick easy ride. And the people down below are told to demand that the rich make more elevators for them and then everything will be alright.

The middle class wasn't wiped out by the individual accumulation of wealth, but by the political accumulation of wealth and power. The shift from capitalism to socialism means that the poor live better than they used to, but that they have nowhere to go. And that the middle class is on the road to joining them in a society with a small upper class and a huge lower class that is somehow meant to subsidize its own government benefits. The capitalist ladder over which millions could swarm has been traded in for a socialist elevator that takes you to the top floor if you denounce capitalism often enough, but mostly never goes anywhere.