Castles in Delaware and the Big Business of Politics 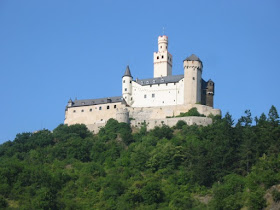 Established parties welcome allied grass-roots movements only to become frightened of their success. Because while they like to talk about reforming government, they think reformers should know their limits. Because politics is a profession, like any other. Doctors don't like the idea of patients treating themselves. Lawyers wouldn't like the idea of making the legal system so easily accessible and sensible that there is no call for them anymore. Politicians and the vast infrastructure of analysts, pollsters, aides, advisers, managers and lobbyists around them feel the same way. Politics is a business. And while those who are in the business of politics have a certain tolerance for amateurs, when they're being helpful, they turn on them quickly when they threaten their position.

We have made politics into an industry. An industry that is worth billions, particularly around election season. It's about more than just a few hundred congressmen or state representatives or the people you see out front. Just as a corporation is a lot more than just its CEO or its board of directors. It's also about the employees, it's about everyone who makes money from having the system behave in an orderly fashion, so that when they need a favor, they know whom to go to. And those favors get invested and paid back down the line.

Favors are the currency of politics. Favors are the stocks and bonds of politics. Your political worth depends on the value of those favors. In Delaware, the state party just discovered that their political stock is worthless. They weren't able to deliver for Mike Castle. The issue wasn't really Castle's electability, though that was a point in his favor. The issue was the favor bank, the network of relationships that Castle and everyone who worked with him, ever traded back and forth. O'Donnell's win "crashed" the Delaware GOP political stock market.

The bitterness, the viciousness and the anger are not just about political insiders who wanted their boy to win, it's about the whole value of their whole system of political currency which just came crashing down around them.

The Senate seat is one of the juiciest plums in the pie of state politics. Because these days much of the money going into states, particularly the smaller states, is coming from the Federal government. And that's not just the basic stuff like highway funds or school funds, it's also about subsidies to various local businesses, grants and the whole load of earmarks. The people who can shape the flow of pork, become the guys everyone goes to when they need something. And those who benefit from the earmarks, from construction companies to real estate to factory owners, investors and local politicians-- become rich. They build castles and then live in them.

When O'Donnell won, she took the bread of out of their mouths. Some of them will try to cozy up to her, even though they don't think she can win. But she already has some of her own people, and new recruits this late in the game are not likely to get the good stuff. Some will quietly or not so quietly, head off to help her Democratic opponent. Yes it happens, and it happens more than you think. Because to most of them it's not really about politics, it's about who can win, and who can deliver the favors.

The Delaware primary was like pulling up a rock and seeing all the bugs scurrying underneath. Most people have no idea how many bugs there are under the rock. Mostly you have to have a bug's eye view to even see them. But this isn't just about Delaware. This is everywhere. This is what American politics looks like. Sometimes it's cruder, sometimes it's more sophisticated. But it's still about, "If you support me, I'll help you out" and it's great sequel, "I helped you out, now here's what I need."

Now inject a grass-roots movement into that, a movement full of people who think it's about the actual issues, and not about who's going to get a 150 million dollar subsidy to bring Green Jobs to Delaware, and the fireworks get started. 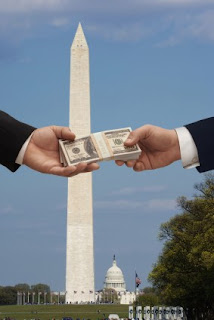 At its most naked, politics is about the exchange of power and money, between the politicians and key figures who can deliver political support. Take away most of the power and the money, and it suddenly stops being very appealing. But that is the real challenge. Can you take power only to give it up?

George Washington set the model by becoming the first supreme leader and walking away from it. The ideal of the public servant, as a man who is independently successful and participates in politics on a temporary basis, only for the benefit of the country and the community, has been an American standard. But it proved to be a hard standard to hold on to, because as the country got bigger, so did its systems of government, statewide and federal. Politics became a full time big business with millions of employees. It took money to win elections. Lots of money. And the people giving that money usually wanted something in return.

You cannot change the problem, without changing the system. The War on Political Corruption, like the War on Drugs, is riddled with hypocrisy and supervised by people who expect it to fail, and don't believe that it can ever be won. Because the root cause is human nature. And being that close to the source, they know it themselves.

The political professionals are not really monsters. They are part of a system. A system that has been corrupted, in the way that people corrupt most institutions. For every person that spits in their face, they have a story of some ordinary person that they helped to feel good about. And that justifies their need to control the system, to produce good outcomes like that. Electability means controlling the system. Falling in line with a general set of principles lets you choose sides and decide which team you're playing for.

Political professionals would rather be President, than be right. Grass-roots movements would rather be right, than be President. Both resent the other's attitude. But the political professionals have lost sight of why they want to win, they only know that they want to win. Because winning is lucrative. When you lose, you have to go to your summer home, and write a book on how to win next time. When you win, you don't need to write books, you just get to collect the spoils. You get power or access to power. Or access to someone who has access to someone who has power.

Grass-roots movements are formed out of the compelling belief that the existence of the system does not benefit the people. To political professionals that is a terrifying belief, because they are the system. It is a declaration of war on their entire profession. On their government cars, their book deals and their 150 million dollar Green Jobs subsidies. Even when political professionals talk like insurgents, they still function like politicians. They're still part of the system.

Let's take self-proclaimed "outsider" reformist politicians on the left and the right, like Bernie Sanders and Ron Paul. Sanders, for all his anti-war prattle, has put in plenty of defense spending earmarks to benefit Vermont, including whoppers like the "Sustainable Energy Vermont National Guard Demonstration" for a mere 6 million dollars. Meanwhile despite denouncing Homeland Security as sheer tyranny and talking about FEMA concentration camps, Ron Paul inserted earmarks for some 85 million dollars worth of waterway improvements through FEMA via the Subcommittee for Homeland Security. Because FEMA and Homeland Security might be evil when you're rapping with Alex Jones, they're actually a cash cow when you're back in DC. (And Ron Paul was 1 of only 3 Republican congressmen to flout the Earmarks ban this year.) Talk is cheap. Pork is priceless. This is the business of politics.

How do you fix corruption, when the people sent to fix it become part of the problem? Law enforcement has had this problem with the drug trade. But even they generally don't have agents working undercover for decades. And trying to have politicians reform politics is like becoming a drug dealer in order to stop the drug trade. It doesn't really work. It just perpetuates the problem. From a statistical standpoint, the temptations of vice are stronger than the appeal of righteousness. And so vice perpetuates itself, no matter how much you try to stamp it out. But while we can't divest drugs of their power, we can divest politics of much of its power. 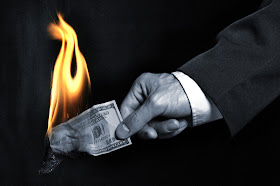 Politics will never entirely be free of corruption, but the level of corruption in the system is equivalent to the level of resources controlled by the system. That is to say, a bank with a 100 billion dollar will attract a lot of robbers and embezzlers. A bank with a million dollars, much fewer. A bank with a thousand dollars, is not going to attract anyone. Government corruption can only be fought by cutting off the source. Not just at the Federal level, but at the State level too. We need government for some things, but the size and power of government has been dramatically inflated, out of a mix of idealism and corruption. Shrinking it down will kill a lot of that corruption.

A castle fell in Delaware, which serves as a warning to the political establishment that heads will roll. But the establishment doesn't really get it. To them, this was about electability. Nothing but electability. Because to win, you need to get elected. And what you're actually fighting to be elected in order to do, no longer matters. Power trumps principles. Victory trumps values. All that really matters is being the ones at the trough. If America is to change however, why you want to win has to be more important than winning. Otherwise nothing is left but the pigs of politics, slurping noisily at a dwindling and muddy pool that used to be the economy of a prosperous nation.
Daniel Greenfield at September 15, 2010
Share