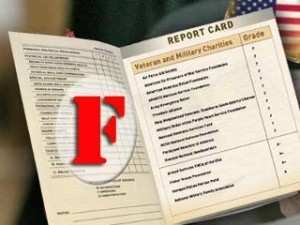 Obama campaigned on promises to help create jobs and fix the economy. Instead he ballooned the deficit to record levels, failed to create jobs and then lied about it, implemented the same policies he had criticized under Bush, lied about them too, and by the end of the year not only is the economy worse off than it had been under Bush, but the national debt is far higher, the dollar is weaker and America's economic prospects look bleak.

Obama promised to help working class families, instead he burdened them with generations of debt, forced them to make mandatory payments to insurance companies and kept down job growth by promoting "green" projects over shovel ready infrastructure projects. No wonder that Obama's fall has been hardest among working class families and even black leaders are protesting against his abandonment of the black community.

While Obama has shoveled untold billions of dollars into Wall Street brokerages, green tech companies with no real business model and insurance companies-- the same working class families he has promised to help have been left behind and lied to, and worse yet forced to bear the burden of his corporate welfare.

While Obama's Democratic congress had 192 million to spend on rum factories in the Virgin Islands, 20 million for the Edward M. Kennedy Institute for the Senate, and almost half a billion for Tesla Motors, a company which has currently sold around only 700 cars... there was no money for school vouchers for Washington DC's kids.

This is par for the course in a chain of spending bills that primarily benefited Obama's corporate backers and ladled out congressional pork earmarks with all the self-restraint of a herd of pigs guzzling from a mud puddle.

While the dollar has fallen almost 20 percent over Obama's term in office, and many American businesses are looking for a way out of a political system that has destroyed the economy with out of control tax and spend policies... the bailouts keep on coming. And so do the lies.

The same Democratic congress that has preserved and protected felons like Congressman Rangel and Senator Dodd, reached into the depths of hysteria to attack Senator Lieberman for having the gall to block their plan for a Public Option, a plan that even the Congressional Budget Office admitted we can't pay for. The resulting battles turned political bribery into a new low with 100 million dollar earmarks being thrown around to win the favor of Senators like confetti.

And the final bill as always goes to the American worker.

On the war, Obama promised to use multilateralism to create a new alliance using soft power. 12 months later, his multilateralism has failed, and his Afghanistan policy looks a lot like Bush's Iraq policy, except it comes with a built in 18th month deadline that Barry Hussein helpfully announced to the Taliban ahead of time. 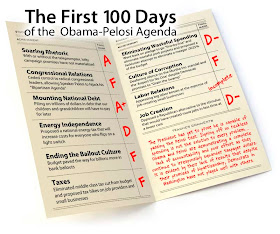 Despite a year of global criss-crossing, Obama has not achieved a single meaningful result for all that effort. Genocide continues in Sudan, China continues to repress its citizens, Iran and North Korea are continuing their nuclear programs, and none of America's allies have offered front line troops for Afghanistan.

For all his rhetoric, Obama has demonstrated that he has nothing new to offer in the War on Terror that Bush was not already doing... except for his willingness to appease terrorists and the far left by treating the butchers of 9/11 like ordinary criminals, instead of as mass murderers.

When it comes to the War on Terror, just like the economy, it is clear that Obama has nothing new to offer except rebranding, snow jobs and cowardice.


Obama promised a new era of bipartisanship and inclusiveness, but as it turns out he can hardly even tolerate conservative Democrats, let alone Republicans, aside from the easily bought off kind. Not only did his White House launch repeated smear campaigns against critics such as Rush Limbaugh and Glenn Beck, but the attacks on Lieberman recently are outright reminiscent of 1984's Two Minute Hate.


And each time Obama demonstrates his blatant intolerance for any dissent from the party line, the results help poison the national dialogue and increase opposition to his policies.

Well over a year ago, Obama assured his gullible audience that they were witness to the moment when the oceans stopped rising. But all of Obama's diplomatic clout couldn't even get an actual binding agreement out of Copenhagen. If Obama couldn't even sell global warming internationally, it's quite clear that he can't sell anything. 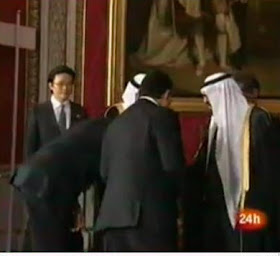 Diplomatically, Obama's high profile trips around the world have resulted in a lot of publicity and a lot of humiliation as the man occupying what had once been the office of the leader of the free world, instead went around the world pleading for change, and getting laughed at instead. It's not just the sight of Obama crawling to the Japanese Emperor and the Saudi King that's contemptible, but the sight of him penned in on his visit to China, and being mocked in Turkey.

With his constant trips, Obama has managed to keep himself constantly in the news, while completely devaluing the mystique of the office. Unsurprisingly his visits have accomplished nothing except to create a long stream of photographs of Obama around the world.

Meanwhile traditional allies who tried to visit America had those same visits turn into diplomatic disasters as the White House did its best to show its contempt for them. As a result America is now more isolated than ever, and America's enemies are openly taunting the White House at every occasion.


Instead of the B+ that Obama ever so generously gave himself, a real report card might read F+. And that is being very generous indeed. But really it might be better to settle for incomplete, just like Obama's policies.
Daniel Greenfield at December 26, 2009
Share