Friday Afternoon Roundup - The Long March to ObamaCare and Copenhagen 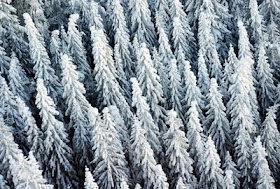 As Obama continues the long march to ObamaCare and Copenhagen, both have come to resemble a painful death march that is bringing, what one can only call the extreme left and the left into conflict with each other. Howard Dean and the Democratic promoters of the Public Option have this in common with the street protesters in Copenhagen, in that they are unwilling to settle for anything less than the extreme.

But how do you pass extreme left wing policies without gaining the cooperation of some people who may be radical, but still more moderate than you? The answer to that may well be a disturbing one, because it is clear that for much of the left, even ObamaCare and Copenhagen aren't enough, and since these programs already a democratic consensus, and since it is clear that they have no interest in gaining one, their attitude is ominous at best.

Not that the so-called mainstream left is any better at this point. For blocking the Public Option, Senator Lieberman is currently being subject to the American left's version of the Doctor's Plot, with denunciations ranging from the completely hysterical to the downright anti-semitic, particularly the talking points being circulated among Democrats that Lieberman was holding out on the Public Option in order to gain some sort of concessions from Obama on Israel. The willingness of Dems to once again trot out dual loyalty charges in order to sell a government health care plan is ugly, particularly from the same people who denounced basic national security measures, and then howled that their their patriotism was being questioned.

Meanwhile the same media that got upset at Joe Wilson for shouting You LIE at Obama, will naturally have nothing but praise for Al Franken denying Lieberman extra time. Looks like ACORN got what it paid for and there is no point in listening to any empty outrage from Democrats and liberals about civility, since they have taken the time to repeatedly demonstrate that they have none.

Both ObamaCare and Copenhagen are imploding because they are a compromise that no one wants, too left for the mainstream that doesn't want its blood drunk by a vast government bureaucracy and not left wing enough for the left, which wants to be guzzling blood by the gallon... they are senseless and ugly children left on the White House and Brussels' steps, children without a natural father.

The entire bureaucratic process itself has thoroughly discredited Obama, and demonstrated just how inefficient and unwieldy big government really is. When a mere amendment to a bill is effectively considered unreadable, because it's nearly 800 pages, the entire process stands revealed as a bureaucratic sham.

But the propaganda by the dying media continues. And so does the fight.

Meanwhile with the roundup, a valuable piece from Phyllis Chesler,

“I Hope the West Does Not Give In”: An Interview with Seyran Ates

In 1984, as a 21 year-old law student, Seyran was working at a Women’s Center in Berlin where mainly Turkish and Kurdish girls and women came for counseling. Seyran was sitting with her client, a fifteen year old battered Turkish Muslim girl. All around them, other women were giving and receiving advice, shelter, legal services. A quiet man quietly entered. Politely, but firmly, one of the women said: “Sir, there are no men allowed here.”

Expressionless, the man in the trench coat assured her that “What I have to do will take no time at all.”

Quickly, smoothly, he shot and killed the fifteen year old. He also pumped three bullets into Seyran’s neck and shoulder; she was not expected to live since the shooter had punctured a major artery. Against all odds Seyran recovered but her rehabilitation would take six years.

The shooter calmly walked out of the Women’s Center.

Yes, he was finally found and jailed for six months but no, he was never convicted. Although six Turkish and non-Turkish women identified him, the police made so many procedural errors that the judge felt there was enough reasonable doubt and could not convict him. In Seyran’s expert opinion, the problem was that the victims were women—and Turkish women at that. It was a Turkish-on-Turkish, Muslim-on-Muslim crime—perhaps the fate of Turkish-German women was not yet seen as a priority on the multi-culti German agenda.

When President Obama's abrupt dismissal of AmeriCorps Inspector General Gerald Walpin briefly made headlines last month, most of the resulting firestorm focused on the political side of the scandal. With no notice and a flimsy excuse, Obama had tossed out an independent government watchdog, irking senators on both sides of the aisle. But the findings uncovered by Walpin before his firing raise a larger question: Is AmeriCorps, set up by President Clinton to boost volunteerism, improperly shoveling millions of dollars to rookie New York City teachers?

One week before he was fired, Walpin's office issued a damning audit of one of AmeriCorps' largest initiatives, the New York City Teaching Fellows program. Until the Walpin scandal broke out, few people even realized NYCTF was an AmeriCorps project. Launched in 2000, when the city faced a dire teachers shortage in its neediest classrooms, Teaching Fellows recruited those looking for a career change to undergo two months of crash training and then step into an entry-level teaching job. From an initial pilot class of 300, NYCTF has now expanded to become the largest alternative-certification program in the country. More than 10 percent of New York City's current public school teachers come from its ranks.

For Spanish speakers the following site has a translation of one of my articles into Spanish.

Who is hurt by such an action, but they themselves? You destroy $55,000 worth of cosmetics taken from the shelves of Arab shopkeepers, and who is out the $55,000? Not the evil Israelis, but the poorpalestinians.

And this was not even a spontaneous act of anger, rebellion or resistance. It is official policy. How stupid can you get? How self-destructive. But then what could be expected of a people who don't mind blowing themselves up as long as they can kill Jews in the process?

Yeah, give them "economic opportunity." They will throw it in a dumpster. Give them a state. They will destroy it. They literally can't help themselves.

ecause there are 22 ambassadors to Arab countries, and only one to Israel, it is perhaps natural that the FO should tend to be more pro-Arab than pro-Israeli. On occasion there are remarkably good British Ambassadors to Israel – your president, Sir Andrew Burns, was one such in the early 1990s – just as there are on occasion remarkably good Israeli Ambassadors to Britain, indeed we are fortunate to have one at the Embassy today in Ron Prosor. Overall, however, such men are swimming against the tide of an FO assumption that Britain’s relations with Israel ought constantly to be subordinated to her relations with other Middle Eastern states, especially the oil-rich ones, however badly those states behave in terms of human rights abuses, the persecution of Christians, the oppression of women, medieval practices of punishment, and so on.

It seems to me that there is an implicit racism going on here. Jews are expected to behave better, goes the FO thinking, because they are like us. Arabs must not be chastised because they are not. So in warfare, we constantly expect Israel to behave far better than her neighbours, and chastise her quite hypocritically when occasionally under the exigencies of national struggle, she cannot. The problem crosses political parties today, just as it always has. William Hague called for Israel to adopt a proportionate response in its struggle with Hezbollah in Lebanon in 2007, as though proportionate responses ever won any victories against fascists. In the Second World War, the Luftwaffe killed 50,000 Britons in the Blitz, and the Allied response was to kill 600,000 Germans – twelve times the number and hardly a proportionate response, but one that contributed mightily to victory. Who are we therefore to lecture the Israelis on how proportionate their responses should be?

Very often in Britain, especially when faced with the overwhelmingly anti-Israeli bias that is endemic in our liberal media and the BBC, we fail to ask ourselves what we would not do placed in the same position? The population of the United Kingdom of 63 millions is nine times that of Israel. In July 2006, to take one example entirely at random, Hezbollah crossed the border of Lebanon into Israel and killed 8 patrolmen and kidnapped 2 others, and that summer fired 4,000 Katyusha rockets into Israel which killed a further 43 civilians. Now, if we multiply those numbers by nine to get the British equivalent, just imagine what we would not do if a terrorist organization based as close as Calais were to fire 36,000 rockets into Sussex and Kent, killing 387 British civilians, after killing 72 British servicemen in an ambush and capturing a further eighteen? I put it to you that there is absolutely no lengths to which our Government would not go to protect British subjects under those circumstances, and quite right too. So why should Israel be expected to behave any differently?

There has hardly been a single year since Brigadier-General Deedes established AIA in 1949 when a speaker has not been able to say that Israel faced a crisis, and on some occasions – in 1956, 1967, 1973 and especially in the face of the present Iranian nuclear programme today – these were existential. At a time when Barrack Obama appears to be least pro-Israeli president since Eisenhower, the dangers are even more obvious. For there is simply no way that Obama will prevent Ahmadinejad, perhaps Jewry’s most viciously outspoken and dangerous foe since the death of Adolf Hitler, to acquire a nuclear Bomb.

None of us can pretend to know what lies ahead for Israel, but if she decides pre-emptively to strike against such a threat – in the same way that Nelson pre-emptively sank the Danish Fleet at Copenhagen and Churchill pre-emptively sank the Vichy Fleet at Oran – then she can expect nothing but condemnation from the British Foreign Office. She should ignore such criticism, because for all the fine work done by this Association over the past six decades - work that’s clearly needed as much now as ever before – Britain has only ever really been at best a fairweather friend to Israel.


The entire speech is worth reading...

The EU either is in a stupor or does not care much about the Mohammedan takeover of everything from entire sections of cities and towns , education,demand for sharia law and even to the confiscation of religious property and the outright murder of European citizens.

In the 1990s Turkey confiscated buildings and property belonging to the Eastern Orthodox Church. Nothing much was said by the world at that time. Try confiscating Mohammedan properties.


Atlas Shrugs connects Copenhagen to Jizya. Debbie Schlussel covers the demand for a separate spot on the census form.

And so the week ends and a new cold wintry month begins. But closing the roundup off with a bit of comedy about the media, remember they 'make' the news.