Can There be Peace Without War?

To the modern citizen of the West, peace is an ideal and war is a tragedy. Depending on his or her political orientation, war may even be considered inexcusable under any circumstances. At the heart of this dogma is the idea that war is a disruption of a state of peace, brought on by greedy warmongers, the military industrial complex or some modern day variation on the old 19th century labels. But what if rather than being a disruptive force, war is actually the father of peace. 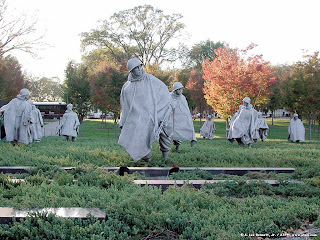 To pretend that peace is a more natural state for humanity than war is to exercise a great deal of denial regarding human nature. We are no more creatures of peace, than any member of the animal kingdom. The difference is that we have a greater capacity for choice, to be moral protectors and defenders, rather than predators. But that is a choice that some may make, and others will not. And for as long as men will remain men, there will be men who pray on others, and men who must study the arts of war and killing in order to resist them.

To perpetuate peace requires more than mutual understanding, tolerance and a willingness to join hands and dance in a circle with a rainbow of colors. Those things can only come about after a great deal of violence, and also often represent a society that is no longer in touch with the realities of the world and its own need for survival. Because as long as violence remains within human nature, and as long as it represents an effective tool for conquest, dominance and acquisition-- we must not only know war, but be the best at it that we can be.

There cannot be peace without war, because war is a necessary prerequisite to peace. To have peace, one must created a society, a nation and a political space in which domestic and foreign violence is checked. Otherwise the society becomes nothing more than the Eloi of H.G. Wells' Time Machine, charming children laughing and playing, until the Morlocks come for them. The children of the modern West are well on the way to becoming the Eloi, and when they are beaten, robbed and raped by the Morlocks imported into the hearths and homelands of the West. And uncomprehending they let it happen, because the Eloi allowed themselves to become sheep, and where there are sheep without sheepdogs, there will soon be shepherds to rule them or wolves to prey on them. With the EU and growing centralization in America on one side, and rising immigrant related violence on the other-- the West looks to be gaining both.

The delegitimization of war in the West came about for one primary reason, because war no longer seemed like a useful tool for obtaining peace. As the weapons of war became more destructive, war came to seem less like a protective force, and more like an apocalyptic force. With WW1's generations lost, gas masks and battlefield trenches-- war appeared to have become a senseless thing. A revolted youth proceeded to embrace decadence, chaos and anarchy, best exemplified by Dadaism. WW2 appeared to restore something of a moral order, but the rise of nuclear war and MAD, took the apocalyptic warfare of WW1 to an entirely new level, with weapons of mass destruction that threatened to destroy everything in sight.

This sort of bleakness caused even otherwise sensible men to put their faith in international orders and organizations, such as the UN, and the growing enlightenment of humanity, believing that with enough education, a form of reciprocal pacifism could be achieved in which no one would find any purpose in harming anyone, thus ending any need for violence or war. As absurd as such a premise may be, variants of it continue to command the philosophies of foreign affairs on both sides of the Atlantic. Diplomacy is considered supreme, tolerance is the watchword, and national defense takes a back seat to both. Even war itself has been transformed into "Nation Building", becoming a tool for this global educational project of reciprocal pacifism, the thinking being that if we can remove dictatorships, we will give their peoples a chance to assert that just like us they don't want to fight anymore.

Having learned nothing from WW2 about the causes of war, the illusion of a world of reciprocal pacifism dominates the dialogue and educational processes of four generations of children-- with the result that the children of the West become Eloi-like, more and more so in every generation. And the Morlocks are sharpening their teeth and becoming more plentiful.

Over a decade and a half after the collapse of the USSR, the average Russian hates America and England about as much as he did in the days of the Iron Curtain, and the Russian government is even more eager for conflict. The two wars that the United States and Europe fought on behalf of Muslims, the Gulf War and the Bosnian War, came back to the United States in the form of four planes piloted by Muslims and aimed at dealing a devastating blow to America. There are no happy endings anywhere in sight, because as it turns out the reasons underlying many wars are not as simple as the proverbial evil tyrant living in his castle and oppressing his people. Yes many of our enemies do have an evil tyrant over them, but the dirty little secret of human nature is that few tyrants would endure if the majority of their people did not support them on at least some level.

Today, Stalin, who murdered more Russians than Hitler, is one of Russia's most popular historical leaders. Yeltsin who brought democracy to Russia is one of its least popular leaders. Given democracy at American insistence, the Arabs of Gaza and the West Bank, chose Hamas. Polls suggest that if given democracy, the Egyptian would choose the Muslim Brotherhood, the grandfathers of Islamofascism, who helped birth Al Queda. That is because democracy creates a forum for making choices. And people are as likely to make violent choices, as non-violent ones.

And until that changes, war is not going anywhere. The ancient Roman dictum, "If you would have peace, prepare for war", yet applies. The task of the West is to make war meaningful again. The bleakness of modern war, whether it is gazing at counters that will launch ICBM missiles that will turn the world into a single great sheet of glass, or maintaining endless patrols against insurgents, has a way of making it seem meaningless, a useless tool of stalemate, an endless waiting game without conclusion or greater meaning.

The fundamental meaning of war is that it is a tool that protects, defends and enables peace. To enable that peace, war must have a definitive purpose and a definitive conclusion. Endless watches on the sand dunes waiting for a possible insurgent attack, negotiating with tribal warlords whose loyalties switch every season and adapting to the local culture-- is not war, but colonialism or nation building. Such conflicts have conclusions and goals that cannot be achieved by military means, only enabled or protected by the military, and only serve to render armed force into a bodyguarding role.

To make war meaningful, it must have a true target and goal that can be achieved by military means. "Bring me the head of Osama bin Laden", is a military goal. "Teach administrative management to four nephews of the local warlord so he can reform local government", is not. You can use the military to try and reach such a goal, but you can also try to use a gun to turn a screw. It just isn't the best match of the tool for the job. Turning the military into the Peace Corps is a mismatch of institutions that drains strength and purpose from the military, into a project inspired by neo-pacifist ideals. 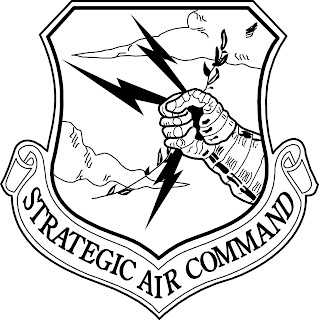 There can be no peace without war, but peace is not a military project. Only clean wars that settle conflicts in enduring wars can bring peace. To try and blend the two, is to create neverending wars. Policymakers who fear to use the military to destroy the enemy, instead draw out war into an endless exercise in bloodletting with no end in sight. And such wars quickly make the public lose faith in the whole idea of military solutions. They transform war into a meaningless hopeless farce, thus making pacifism and appeasement seem moral and plausible by comparison. And so the children of the West turn Eloi, and the Morlocks grin and gain strength as they sense that a victory is not too far away.

The moral way of war is to serve as a protective force for a vigorous and healthy society, to deter and destroy enemies, to protect, defend and maintain the conditions in which peace is possible. When war ceases to become a useful tool, the survival of the society itself becomes endangered. Just as the collapse of the human immune system foreshadows a serious infection, the collapse of faith in military solutions and the growth of anti-war sentiment, foreshadows a major conflict to come. There can be no true peace without war, only the peace of temporary appeasement, to be followed by subjugation and slavery.
Daniel Greenfield at September 27, 2009
Share