The Pied Pipers of the Left's Counterculture

There is of course all the reason in the world for people who want to exploit a society to pander to the most immature, gullible and naive group within that society, who are most likely to think with their emotions and have little life experience to work with. The "wisdom of youth" is three parts idealism, four parts rebellion, two parts outraged cynicism and one part fresh perspective. It shouldn't be dismissed, but neither should it be unrealistically elevated. 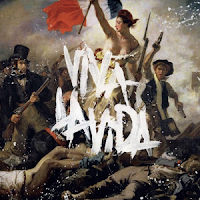 The French revolution was preceded by a worship of the naturalism of Rousseau. Like all the egotistical elder philosophers who light the match while rarely suffering its consequences, the ideas of Rousseau contained the seeds of the youthful chaos of the last several centuries. To Rousseau civilization was theft, culture was degeneracy, order was oppression, technology an evil, the common good supreme to the individual rights, property a crime, sex is detached from commitment, the middle class is beneath contempt and only the savage is virtuous.

There is little of any principle that political radicals and philosophers have preached of the "wisdom of youth" that Rousseau had not already set down. The Age of Terror, just like the Age of Aquarius, was in truth the Age of Rousseau-- who was to these as Marx was to Communism.

Rousseau's vision is the social vision of the egotist, a seemingly ideal world in which convention has been disposed of and one's natural instincts in harmony with the common good reign, and it is naturally embraced by youth in age after age. It is the vision of the pied piper, replayed through art, music, literature, theater and all the varied entertainments of youth.

The elder egotists who plot to make revolution know quite well that it is made by the young and so they play pied piper, teaching the ideas of naturalism, and playing the tune that leads the next generation out of the city and the village and into the forest. And when the liquor and drugs are flowing, the steel guitars are pounding, protest signs are raised high, terrorist groups are building bombs in Manhattan basements and flowers are braided into hair before being tossed in the mud-- the counterculture's pied pipers state their terms to the parents. Social transformation. 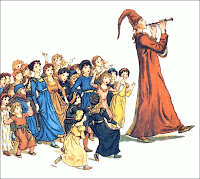 The pied piper forced the parents to pay for the return of their children. The counterculture forces a nation to pay for integrating its children back into the fold as adults by adopting the values of the counterculture. Thus the divide is seemingly met, the piper is paid and adults find themselves in a world whose values and ideas no longer make sense.

"Give me the child and I will give you the man," the counterculture says, echoing the Jesuits. And when we look at the modern Democratic party, we can see the man-- the men and women they have become. And looking at the Obama rallies, we can see what is yet to come.

The counterculture cultivates the natural dissatisfaction of youth, breeding it and grafting it into an outright hostility and even hate for their own country. This time the pied piper's price to be paid is Obama for President. It's turning over the country to those who hate it and adopting their values. And just as in the 70's, the 1970's or the 1790's it's much too high a price to pay.

We have already accepted the ideal of the noble savage, detached sex from commitment, treated civilization as a plague, heaped contempt on the middle class, attacked property rights, elevated the common good over individual rights. Rousseau's Pied Piper has played the tune from which modern Western society derives its value systems, listening eagerly for the voice of youth to tell us how to be more "natural" and "open" to the authentic call of the inexperienced and unbiased life. Now the question is whether we will wake in time and reject the piper and the tune or become lemmings, allowing the counterculture to lead us off a political cliff and into the abyss.
Daniel Greenfield at July 06, 2008
Share