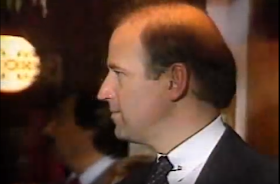 House had been Schumer's press secretary after working on Joe Biden's presidential campaign.


Biden isn’t the only Democrat in the 2020 race with sexually creepy staffers.

Senator Kamala Harris is embroiled in her own sexual harassment scandal after a lawsuit revealed that Larry Wallace, "a longtime aide and one of her closest professional confidantes" had been accused of sexual harassment by his executive assistant. The lawsuit was settled by Harris' old office for a cool $400K and was sealed with a non-disclosure agreement. The only reason for an NDA is keeping the victim from going public and embarrassing Harris, Becerra and California’s Democrat establishment.

Kamala Harris had cosponsored the EMPOWER Act which would make it illegal to use NDAs to cover sexual harassment. But, as usual, politicians don’t mean for their own laws to apply to them.

Willie Brown’s old flame claims that she knew nothing about the complaint, the lawsuit or the abuse, but wouldn’t say that she believes the victim. Since her office was notified before she actually won her Senate race, that makes her either incompetent, uncaring or a liar. Or perhaps all three.

But there’s plenty of room for Democrat sexual harassers in the 2020 campaign.

Also in January, Beto O’Rourke’s former political outreach director was accused of raping a woman. According to the alleged victim, the alleged rapist and co-founder of the civil rights group Houston Justice, plied her with liquor, forced her to perform oral sex on him and she woke up in bed naked with the former Environmental Justice Advocate for the Union of Concerned Scientists all over her.

The entire matter went public because Rep. Sheila Jackson Lee fired the victim to protect the alleged rapist, Damien Jones, who was working as the program coordinator for the Congressional Black Caucus Foundation’s Leadership Institute. The resulting scandal forced Rep. Sheila Jackson Lee to resign as the chairwoman of the Congressional Black Caucus Foundation.

I wrote about sexual harassment in the Bernie Sanders campaign for Front Page Magazine back in 2017. But back then the media had found it more convenient to bury the story. Now that Bernie risks ruining the election for courageous feminists like Kamala Harris or Beto O’Rourke, the media is suddenly interested in an old story that hadn’t been relevant until its subject became politically inconvenient.

The benefits of working on the Bernie Sanders campaign included alleged sexism and sexual harassment on the Latino outreach team. After complaints from six senior staffers, one of the accused got a promotion. The California outreach director for the campaign described how, “men and women were made to sleep together in open rooms on mattresses with no privacy or safety locks.”

Who would have imagined this would be going on in the campaign of a politician who once wrote, "A woman enjoys intercourse with her man as she fantasizes being raped by 3 men simultaneously."

Bernie’s former campaign manager blamed too many white men on the campaign for the problem. Even though the core problem had actually been in the Latino outreach part of the Sanders campaign.

Even 2020 wannabes who may never actually enter the campaign have their own sexual harassers on staff. And when there aren’t enough sexual harassers to go around, they make do by sharing them. 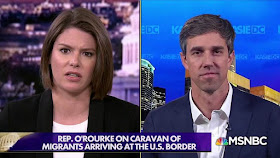 That’s what happened to New York City’s Mayor Bill de Blasio and Montana’s Governor Steve Bullock. The two potential 2020 clown car to nowhere candidates are trying to palm off Kevin O’Brien on each other.

O’Brien had been Bullock’s campaign manager after working for Senator Tester. Then O’Brien became Bullock’s Deputy Chief of Staff. From there, the aspiring O’Brien became a senior advisor to the Democratic Governors Association, where he was fired for sexual harassment.

This didn’t slow down O’Brien, in either his career or his libido, as a few weeks after he was fired by the DGA, he was hired as a senior advisor to Mayor Bill de Blasio. Then there were two more complaints of sexual harassment and he was quietly let go. De Blasio blamed the DGA and Bullock for not warning him about O’Brien. But De Blasio had quietly let O’Brien go without warning anyone else about him either.

Bullock’s spokeswoman claimed that Governor Bullock didn’t tell anyone because he didn’t think that O’Brien would continue harassing women. De Blasio claimed that no one had told him that O’Brien was sexually harassing women and that he’s the victim here. Both potential 2020 candidates claim that they want transparency, justice for victims of sexual harassment and for no more questions about O’Brien.

But we probably shouldn’t worry too much about the DGA as it will be under new management by 2020.

Governor Phil Murphy of New Jersey was named the vice chairman for the DGA this year and he will chair it in 2020. And there’s no reason to think that Murphy would allow a sexual harasser to get a job on his watch. Murphy has a strict rule of never employing sexual harassers, only rapists.

Al Alvarez, a top Murphy aide in charge of Latino and Muslim outreach, was accused of assaulting Katie Brennan, a Murphy campaign volunteer. Alvarez allegedly forced her down on a couch, tried removing her clothes, took off his own clothes and tried to rape her. Brennan ran into the bathroom, locked the door and called her husband. Then she contacted everyone in the campaign, including Murphy and his wife, about what happened to her. She got an offer of $15,000 and a non-disclosure agreement.

Alvarez got a job as chief of staff at New Jersey’s Schools Development Authority. 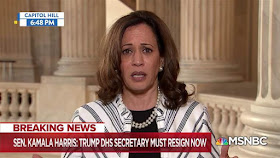 When the Wall Street Journal broke the story, Alvarez wrote in his unemployment application form, “I requested additional time and assistance in finding a new job before resigning. Both the governor’s office and the NJ Schools Development Authority agreed with that request.”

Everyone, as usual, claims that they didn’t know anything.

But at least Governor Phil Murphy isn’t running for the White House in 2020. Political analysts speculate that the smirking Goldman Sachs director will settle for the number two spot on the ticket.

We don’t know who the Democratic nominee in 2020 will be. But the odds are good that whether it’s a man or a woman, white or black, there will be at least one sexual harasser standing proudly behind him.

And all those sexual harassment stories are just from the past few months.

Imagine what February will bring.

Thank you for reading.
Daniel Greenfield at February 07, 2019
Share