Bots. Is there anything they can’t do?

The Internet Research Agency indictment accuses a troll bot farm of trying to influence the election in what the media claims is the worst attack on America since Pearl Harbor. 9/11 need not apply. 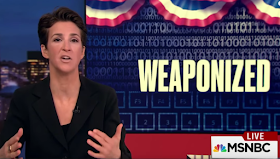 This media madness might make you think that bots are some sort of new and advanced technology. But you can see them in the comments and they’ve been around forever. Automated programs that log into social media accounts are not a new technology. Internet users of a bygone era remember seeing them in chat rooms and on bulletin boards without ever rampaging around Suffolk farmhouses.

Bots have become a convenient media scapegoat. The new formula is “Bots + Thing We Disagree With = Proof We’re Right”. That’s why there are stories claiming that Russian bots are tweeting against gun control or Islamic migration. And it explains the “Russian Bots Rigged the Election for Trump” meme.

Bots are an informational technique. Media spin reverse engineers the technique to discredit the idea. Not only is that a fallacy, but bots just piggyback on popular trends to gain influence. Russian bots don’t tweet about gun control because they care about guns, but because they get retweeted. The same was true of the bots promoting Bernie Sanders and Donald Trump. There are a million brands doing the same thing with bots and influencers. But that’s okay because they push politically correct messages.

And that’s the bot double standard.

When Russian bots and trolls push Black Lives Matter, Bernie Sanders or Dakota Access Pipeline protests, their programmed actions don’t reflect on leftist causes, organizations and politicians. But the revelation that Russian bots and trolls tweeted about the Bill of Rights, Islamic migration or Trump is spun by the media into a conspiracy that indicts the ideas and discredits the previous election.

The latest example of the Big Bot Conspiracy is a bizarre Newsweek article by Nina Burleigh blaming Senator Franken’s problems on bots. Some might have thought that Franken had been forced to resign for groping women across America. But according to Burleigh, it was the fault of the Japanese bots.

The feminist activist was already infamous for putting her allegiance to Democrats ahead of sisterhood.

“I would be happy to give him a b_____ just to thank him for keeping abortion legal,” Nina Burleigh had said of Bill Clinton. “I think American women should be lining up with their Presidential kneepads on to show their gratitude.” Now Burleigh has brought her kneepads to the raided offices of Newsweek.

Nina Burleigh’s article blames Franken’s problems on “fake news sites, an army of Twitter bots and other cyber tricks”. The Democrat Senator’s original accuser is dismissed as a “Hooters pinup girl and lad-mag model”. So there was either nothing wrong with groping her or no reason to believe her.

That’s what leftists denounce as ‘slut-shaming’, but, as with Bill Clinton, it’s okay when Democrats do it.

Burleigh mentions the “release of a picture of a Tweeden and Franken” (editors are one of the casualties of Newsweek’s troubles), but neglects to mention that it’s a picture of Franken groping Tweeden. None of the other many accusers rate a mention from this feminist Franken activist.

There was the feminist choir member and book editor who accused Franken of groping her at the Women’s Political Caucus. It’s really hard to write her off as a “right-wing plant” or a “lad-mag model”.

Especially since she then voted for Senator Franken.

Another accuser was groped at the Loft Literary Center in Minneapolis and claimed that Franken wanted to join her in the bathroom. Nina Burleigh would have probably told her to go along and bring her senatorial kneepads in gratitude for his support of Planned Parenthood. 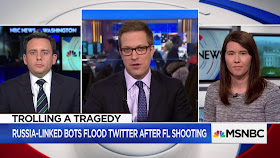 A Democrat congressional aide remembers Franken trying to give her an open mouth kiss while he was still a radio host with Air America. “It’s my right as an entertainer," she recalls Franken telling her.

An Army vet on a USO tour described being groped by Franken during the Iraq War. "When he put his arm around me, he groped my right breast. He kept his hand all the way over on my breast."

Jezebel, a hard left feminist site, offered an account from a liberal "former elected official in New England" who remembers Franken trying to plant a “wet, open-mouthed kiss” on her, on stage.

Instead of addressing the many accounts of Franken’s liberal accusers who supported him and, many of whom indicated they didn’t want him to quit, Burleigh, like most Frankentruthers from Tom Arnold to Richard Silverstein, smears Leeann Tweeden while ignoring Franken’s numerous other accusers.

After silencing the women who came out against Franken, Nina Burleigh surreally claims that the Franken accusations had served to “silence the testimonies of eight former female staffers who defended the Minnesota Democrat”.

Presenting testimonies from the few women you didn’t grope is not considered a compelling argument.

But instead of talking about any of this, Burleigh talks about bots. A “bot army” made the Franken accusations go viral. And then there was "a developer named Atsufumi Otsuka" who "registered a web domain in Japan" that hosted “Japanese-registered fake-news sites”. But, "by November 17, the trending of 'Al Franken' was officially also a Russian intelligence operation."

The Japanese and the Russians had teamed up against the Minnesota groper. This wasn’t just worse than Pearl Harbor. It was WW2 and the Cold War combined in one hashtag.

“Researchers have found that each bot account had 30 to 60 followers, all Japanese. The first follower for each account was either Japanese or Russian,” Burleigh breathlessly relates.

Now that the Russian and Japanese bots had teamed up, all hope for humanity was lost.

Burleigh’s article has more international locations than a Tom Clancy novel. It also completely ignores the question of whether Franken groped his victims to discuss the bots who tweeted about it.

But shooting the messenger bot doesn’t tell us anything the truth of the inconvenient message.

Since the election, these types of articles are everywhere. They rely on the work of “researchers” who are usually partisan activists, often amateurs with no actual technical training, to spread conspiracy theories. These conspiracy theories confuse correlation and causation. If a foreign bot retweets Trump, he works for the bot’s masters. If a bot tweets any conservative story, it’s a right-wing global bot plot.

Anyone who knows anything about how the internet works knows that this is nonsense.

Bots imitate to amplify. In this comments section, a bot will show up sooner or later, it will copy a comment that someone else made and post it in order to get likes so that it resembles a real account. For every stupid bot telling you how much it makes by working online, there’s a smarter bot leaving legitimate comments to blend in. And so bots tweet, comment and chat about everything popular. 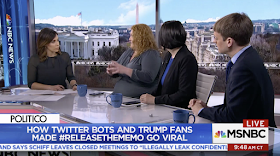 If there’s a trending topic, the bots will quickly show up. And everyone uses them.

Rachel Maddow feeds the left’s appetite for bot conspiracy nonsense. But in 2013, MSNBC personalities, including Maddow, were being promoted by Chinese bots. Does that mean Maddow is a Chinese spy?

Bots are ads that pretend to be people. Tracking how they’re deployed can be interesting, but it’s dangerous to read too much into that. Correlating bots with narratives isn’t actually causation.

The bot paranoia is being used to delegitimize real stories and candidates. If you can connect bots to a point of view you don’t like, then no one really believes it. Link it to a candidate you don’t like and he was never really elected. Hook it up to a serial predator in the Senate and you can ignore his victims.

But if you believe that, then MSNBC must be a Chinese informational warfare operation.

Thank you for reading.
Daniel Greenfield at February 22, 2018
Share