Turn on CNN and you get the impression that mass shootings are mainly carried out by mentally unstable teenagers with assault rifles in high schools. But the data points to a very different picture.

In the last 5 years, five major mass shootings were carried out using AR-15 or similar rifles. 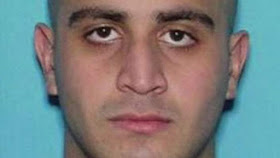 The perpetrators of the Parkland school massacre, the Las Vegas massacre and the Texas First Baptist Church massacre were Americans. Muslim terrorists however were responsible for the mass shootings at the Pulse nightclub and in San Bernardino. While the Vegas shooter was responsible for the deadliest attack last year, the deadliest attacks of 2015 and 2016 were both carried out by Muslim terrorists.

Two of the last three years were dominated by mass shootings carried out by Muslim terrorists.

In the last decade, there were only 10 major mass shootings where the death toll went into the double digits. Three of those were carried out by Muslim terrorists. That’s all the more remarkable since Muslims make up less than 1% of the United States population, but account for 33% of major mass shootings. Proportional to their representation in the population, Muslims are responsible for far more mass shootings than Americans.

The trend is worrisome. Since 2015, not a single year has passed without a Muslim mass shooting. While 2017’s Muslim mass shooter Kori Ali Muhammad only managed to kill three people in Fresno, his expressions of racial and religious hatred make it clear that we are dealing with a hateful pattern.

Muhammad had sought to kill "as many white males as possible". He shouted, “Allahu Akbar” when captured by the police. While the media has emphasized Dylann Storm Roof’s racist attack on a black church in Charleston, he was only 1 of 3 racially motivated mass shooters in the past 5 years, 2 were African-Americans, Muhammad and Micah Xavier Johnson, the Black Lives Matter protester who murdered 5 Dallas police officers. Johnson’s massacre of police officers and September 11 were the deadliest attacks on American police officers in this century. Both were carried out by Muslim attackers.

Johnson and Muhammad allegedly both had Nation of Islam ties. As did Gavin Long, who shot six police officers (three fatally), in a spree of racist violence. The funeral of Lovelle Mixon, who murdered 4 police officers in Oakland, included a minister from the Nation of Islam. A hate group championed by Obama’s church, by the Congressional Black Caucus and by a top figure in the Democratic National Committee.

The Nation of Islam is the racist hate group whose leader had met with Obama. Rep. Keith Ellison, No. 2 at the DNC, was a longtime member and it was recently revealed that he had also met with its leader.

It is deeply disturbing to learn that two-thirds of the racist mass shootings in the past 5 years were carried out by murderers with ties to a racist hate group that had connections inside the White House, whose leader had met with members of the Congressional Black Caucus and whose man has the second top job at the DNC. When asked about his Farrakhan connections, Rep. Ellison attempted to deflect by urging the media to look at white nationalist gun violence. But black nationalist gun violence is just as important. And it is rarely discussed because its existence taints top Democrats like Obama and Ellison.

John Allen Muhammad, also known as the Beltway Sniper, was also a member of the Nation of Islam. The racist terrorist and his accomplice murdered 17 people. The NOI has less than 50,000 members and yet it has managed to account for a disproportionate number of mass murderers in this century alone. 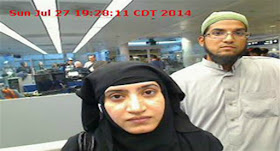 Gun control doesn’t stop terrorists, but immigration laws do. They can’t kill us, if they can’t come here.

Even as lefties demand the suspension of the Second Amendment, they vehemently oppose common sense Muslim migration reform. Even as cable news filled with vocal demands for gun bans, the 4th Circuit Court of Appeals announced that President Trump wasn’t allowed to protect our children from Muslim migrant terror. The decision was met with unanimous cheers by the media.

But despite the claims by various lefty activist judges there is nothing in the Constitution mandating that Muslim terrorists be allowed to enter the United States. There is however an explicit right to bear arms.

And if not, there’s no reason to take the fake concern of fake news about mass shootings seriously.

Likewise, if the media is serious about racist violence, it needs to take the Nation of Islam seriously. Its literature and paraphernalia should receive the same treatment that the Dukes of Hazzard got after the Charleston church shootings. And when that doesn’t happen, the media’s hypocrisy must be challenged.

The media wants to talk about mass shootings as if they are the work of inanimate objects. It doesn’t want to talk about motive, whether it’s mental illness, Islamic beliefs or black nationalist racism. But inanimate objects don’t kill people. Media propaganda blames the NRA and gun owners for shootings carried out by the mentally ill, and by the Muslim terrorists and the black racists who are their allies. 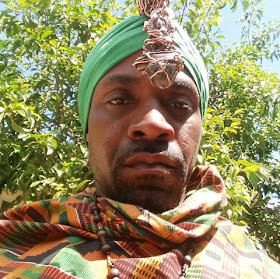 After Omar Mateen murdered 49 people in the Pulse nightclub massacre, Obama blamed the Muslim terrorist’s gun. He demanded that Congress “end the plague of violence that these weapons of war inflict on so many young lives”. He pontificated that “those who defend the easy accessibility of assault weapons should meet these families and explain why that makes sense.”

But inanimate objects don’t “inflict” anything. And it was up to him to explain why he believed that Muslim migrants, like Omar’s immigrant Afghan parents, should have easy access to America.

Hillary Clinton had also denounced the “weapon of war”. Then Omar’s father showed up at her rally.

The media wants us to talk about guns instead of people. It’s time to stop talking about triggers and start talking about the killers who pull them. That’s not the conversation that Obama and Hillary, that CNN and the rest of the media want us to have. But the numbers show it’s the one we need to have.

Thank you for reading.
Daniel Greenfield at February 27, 2018
Share