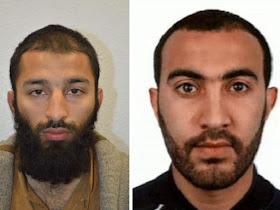 That was the most overlooked revelation to come from the testimony of the former FBI director. While the media parsed every Comey hiccup to bolster its election conspiracy theories, it ignored that number.

Two-thirds of the refugee terrorists were from Iraq. The other third were mainly from the six countries named in President Trump’s travel pause which left-wing activist judges have unconstitutionally halted.

Two years ago, Comey listed around 900 investigations. Even assuming that some of the 1,000 “home grown extremists” aren’t Muslim terrorists, that’s a staggering and shocking rise in case numbers.

Back then, he had said that the FBI was having trouble with the sheer volume of investigations in every state. "If that becomes the new normal," he had said, "that would be hard to keep up."

The new normal is only getting worse.

Those 2,000 investigations represent active cases. When an investigation does not pan out, it’s over. The FBI investigated Omar Mateen before he carried out the Pulse massacre where the second-generation refugee murdered 49 people, according to his own words, “in the name of Allah, the merciful.”

Nor do we know how large the third number of potential terrorists who never appeared on the radar is.

Against these numbers, MI5, which handles counterterrorism in the UK, has 4,000 staffers. Only a small fraction of these would be employed in counterterrorism in MI5’s G Branch. London’s Counter Terrorism Command has a staff of 1,500. The Greater Manchester Police’s counter-terrorism unit had a team of 20. These numbers are obviously inadequate. But what number could possibly be enough?

The British military can put 10,000 soldiers on city streets after a terrorist attack. After Manchester, 5,000 soldiers were deployed. SAS special forces are reportedly being permanently positioned in London. The military was deployed for the first time in a century when Tony Blair sent tanks to secure Heathrow Airport after an Islamic terror threat. Now military deployment is becoming the new normal.

France deployed 10,000 soldiers to patrol cities after the Paris attacks. Operation Sentinelle is still underway two years later. Soldiers patrolling Paris are awarded a medal for Protection of the Territory. Half of the French soldiers deployed in a military role are patrolling the streets of Paris and other cities.

Belgium and Italy also deployed troops in Brussels and Rome in 2015.

The forces being deployed include such storied names as the French 35th Infantry Regiment, one of the country’s oldest regiments with a history dating back to the 17th century, the Irish Guards at Whitehall and the legendary Chasseurs Ardennais in Belgium. This is not counterterrorism. It’s a war.

In 2015, the year of many of these military deployments, 211 terror plots occurred in EU countries. These attacks killed 151 people and wounded another 360. 1,077 terrorism arrests were made.

Those numbers are closer to Iraq than anything in the West. And they are only growing worse.

Obama tried to dismiss Islamic terrorism as a criminal problem. But when soldiers are being deployed in major cities, it’s not crime. It’s an insurgency. The Islamic insurgency from Iraq was exported to America by Iraqi refugees as the FBI’s own numbers show. Islamic insurgencies from Pakistan, Libya and Algeria have been exported to Europe in the same way. Islamic immigration has brought its insurgency here.

These insurgencies form around Muslim population centers. Manchester’s Muslim population nearly doubled in a decade. Toward the end of that decade, a Muslim plot to bomb a shopping mall in Manchester on the Easter Bank Holiday was broken up. That plot failed. Another one succeeded.

These insurgencies are not a police problem. They are a military threat.

A Muslim terrorist network in London, Paris or New York is as much of a military issue as one in Baghdad or Beirut. The infrastructure of investigations and trials we have set up to fight these networks is utterly unsuited to the nature of the problem of Islamic terrorism and overwhelmed by its growing scope.

The question is do we want to turn our cities into Baghdad with thousands of soldiers patrolling our streets? Rising Muslim domestic insurgencies will leave even the most liberal leaders with no choice but to resort to wartime measures. Even in America this has meant the TSA, the NSA and a host of other restrictions and violations. Yet these are inescapable unless the root cause of the insurgency is tackled.

If things go on as they are, the military occupation of our cities becomes permanent.

The great cities of the West crumble into a maze of insurgency and counterinsurgency operations with thousands of soldiers on the street securing safe green zones and venturing for raids into no go zones. Those soldiers stop just patrolling and occasionally responding to attacks. Instead they will be employed in manning checkpoints and deterring groups of armed insurgents from carrying out major attacks.

Comey estimated that 250 persons from this country had traveled to Syria to fight in its terrorist war. The British estimate is between 850 and 2,000, the French estimate between 500 and 900, the German estimate at 750 and the Belgian estimate around 500 and the total EU estimate tops out at 4,200.

If they survive and return, thousands of trained enemy insurgents will be living in Europe. And they will be facing thousands of soldiers in the streets of major cities who have been deployed to fight them.

The first major wave of terror this century was fueled by Islamic terrorists who had fought in Afghanistan. The newest wave of terror will have insurgents trained in Iraq and Syria.

Supporters of refugee admissions and open borders are ushering in a military occupation and a civil war. There is no escaping these numbers or evading the facts on the ground that they represent.

But unlike Iraq or Syria, the Islamic insurgency is not an indigenous problem. The Islamic terrorist is not indigenous to America or Europe. He is a recent guest. He has been here for decades, not centuries. We can’t fix the tribal conflicts in Syria or Iraq, but we can interdict them through immigration reform.

Every effort to oppose President Trump’s travel pause is a vote for soldiers in the streets and car bombs every morning. It can only end with the wars that the left hated in Iraq and Afghanistan being fought in the cities where its activists, protesters and supporters live behind barbed wire and checkpoints.

Islamic terrorism is a war. The only way to stop that war is to stop migration from terror states today.

This article first appeared at Front Page Magazine as part of Daniel Greenfield's work as a Shillman Journalism Fellow. He then discussed its implications in light of the latest terror attacks in the UK and President Trump's call for a travel ban on FOX Business.

(Daniel Greenfield will be speaking on Defending Israel and Fighting Anti-Semitism in Los Angeles at the Ariel Avrech Memorial Lecture on Sun, Jun 11 at 10 AM at the Auditorium, 1619 South Robertson Boulevard, Los Angeles, CA 90035)