Mickey Fearn, the National Park Service Deputy Director for Communications and Community Assistance, made headlines when he claimed that black people don’t visit national parks because they associate them with slaves being lynched by their masters. 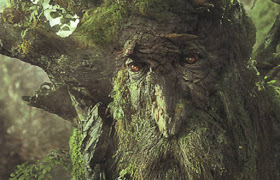 Yellowstone, the first national park, was created in 1872 in Wyoming. Slavery was over by then and no one had ever been lynching slaves around Old Faithful anyway. But false claims die very hard.

Now Alcee Hastings, an impeached judge, and a coalition of minority groups is demanding increased “inclusiveness” at national parks. High on their list is the claim that, “African-Americans have felt unwelcome and even fearful in federal parklands during our nation’s history because of the horrors of lynching.” What do national parks have to do with lynchings? Many national parks have trees. People were hung from trees. It’s guilt by arboreal association.

The origin of the bizarre racist lynching theory of national parks appears to be Carolyn Finney. Finney was an actress noted for, apparently, little more than an appearance in The Nutt House. Then she became a cause célèbre for race activists when she was denied tenure by Berkeley’s Department of Environmental Science, Policy, and Management because her work didn’t meet academic standards.

Her supporters blamed racism, rather than her academic shortcomings, and protested vocally.

These days she’s a diversity advisor to the U.S. National Parks Advisory Board. What wasn’t good enough for UC Berkeley is good enough for national parks. She is also the author of Black Faces, White Spaces. In it she claims that “oppression and violence against black people in forests and other green spaces can translate into contemporary understandings that constrain African-American environmental understandings.”

Finney cites the work of Joy DeGruy Leary who invented a Post Traumatic Slave Syndrome that she claims black people suffer from. Affected by PTSS, black people experience “fear and mistrust of forests and other green spaces.” According to Finney, the tree is a racist symbol to black people.

“Black people also wanted to go out in the woods and eat apples from the trees,” Finney explains.” But black people were lynched on the trees. The tree became a big symbol.” Black people are triggered by trees and suffer Post Traumatic Slave Syndrome flashbacks. You can’t expect them to go to on a hike.

What shall we do about the racist trees? Finney is front and center at the new “inclusion” initiative, “You’re sitting here making up a rule and assuming that everybody is going to feel comfortable to come to the woods and go on a hike,” she whined. “Maybe they’re not interested in doing that, that’s not how they like to come to the woods.”

In addition to complaining about the racist trees, the inclusion initiative also claimed that national parks alienate Latinos because of the “color of the uniforms that rangers wear.”

What’s wrong with the color of park ranger uniforms? According to the Hispanic Access Foundation, they look too much like the border patrol. Even though the uniforms are actually completely different. But much like the lack of lynchings at Yellowstone National Park, the truth doesn’t matter here.

None of this is really about the nonsensical pseudoscientific ravings you just read. National parks don’t care what race you are. Trees are as blind to color as they are to everything else. Forests don’t need to be made more inclusive. This campaign is led by people who hate and reject natural spaces.

Finney claims that Theodore Roosevelt’s vision of preserving beautiful natural landscapes was rooted in “privilege”. Or as Fearn put it, “Preserving wild places is a white concept, going back to Rome.”

Influential figures in the National Park Service reject the fundamental idea of preserving natural beauty. They view a forest as a “white concept” full of scary racist trees. Or at least that’s what they claim.

Alcee Hastings complains of a “green ceiling” for hiring minorities. Aside from the usual diversity hiring push and buying from minority businesses in the “inclusiveness” proposals, not to mention nonsense about racist trees and scary uniforms, is a move to divert the focus to urban development. Then there’s the flow of money to “community organizations” to engage “culturally diverse communities”.

All that is code for robbing parks and moving the money into the same network of corrupt organizations that already swallows all the money that the Federal government can throw at its local projects. This isn’t inclusiveness. It’s blackmail. Advertise in our publications. Give us grants. Or your trees are racist.

For all the safe space rhetoric, the arguments ultimately come down to money. It’s not about racist tree symbolism or uniform colors. It’s about creating positions for people like Carolyn Finney or Mickey Fearn so they can lecture us on how parks are privilege and nature is racist. It’s about finding yet another unlikely target for baseless claims of racism to be milked for money, grants, ads and contracts. 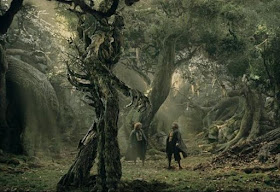 The Obama era has seen the “Sharptoning” of America as the same ugly shakedown scams that were being practiced in New York or Chicago were suddenly national policy. This is the Sharptoning of the National Park Service. It’s happening in every agency and arm of government. We just don’t notice it.

The accusations are absurd. And yet the payoffs keep coming. And there’s little doubt that this latest “inclusiveness” initiative will also pay off. Our parks will suffer. Our slimiest politicians will prosper.

Finney says that national parks should represent where we want to go collectively as a people. But the beauty of a walk through the woods is that you don’t have to “collectively” go anywhere. A hike is not a national mission. It’s a place for individuality. And the left never fails to remind us how it loathes the individual and worships the collective impulse of totalitarian movements. This is paired with a hatred for beauty.

Forests and lakes are not about where we want to go collectively. They are where we once were. They represent spaces of imagination and reflection that have nothing in common with Finney’s compulsion. They don’t have to represent Finney’s demands for “demographic and ethnic diversity”. They allow us a freedom from the confining urban spaces of leftist identity politics that deny our humanity. They show us that life is pure and simple in ways that defy the convoluted nonsense of political correctness.

It’s not hard to see why the left, despite its hollow environmental posturing, hates them.
Daniel Greenfield at May 16, 2016
Share