Syrians are a Terror Threat, Here are the Numbers

Syria is a terror state. It didn’t become that way overnight because of the Arab Spring or the Iraq War. 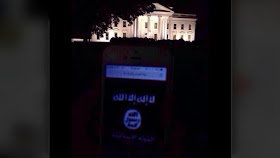 Its people are not the victims of American foreign policy, Islamic militancy or any of the other fashionable excuses. They supported Islamic terrorism. Millions of them still do.

They are not the Jews fleeing a Nazi Holocaust. They are the Nazis trying to relocate from a bombed out Berlin.

These are the cold hard facts.

ISIS took over parts of Syria because its government willingly allied with it to help its terrorists kill Americans in Iraq. That support for Al Qaeda helped lead to the civil war tearing the country apart.

The Syrians were not helpless, apathetic pawns in this fight. They supported Islamic terrorism.

A 2007 poll showed that 77% of Syrians supported financing Islamic terrorists including Hamas and the Iraqi fighters who evolved into ISIS. Less than 10% of Syrians opposed their terrorism.

Why did Syrians support Islamic terrorism? Because they hated America.

The vast majority of Syrians turned down any form of assistance from the United States because they hated us. They still do. Just because they’re willing to accept it now, doesn’t mean they like us.

If we bring Syrian Muslims to America, we will be importing a population that hates us.

The terrorism poll numbers are still ugly. A poll this summer found that 1 in 5 Syrians supports ISIS.  A third of Syrians support the Al Nusra Front, which is affiliated with Al Qaeda. Since Sunnis are 3/4rs of the population and Shiites and Christians aren’t likely to support either group, this really means that Sunni Muslim support for both terror groups is even higher than these numbers make it seem.

This is also the population most likely to support ISIS and Al Qaeda.

But these numbers are even worse than they look. Syrian men are more likely to view ISIS positively than women. This isn’t surprising as the Islamic State not only practices sex slavery, but has some ruthless restrictions for women that exceed even those of Saudi Arabia.  (Al Qaeda’s Al Nusra Front, however, mostly closes the gender gap getting equal support from Syrian men and women.)

ISIS, however, gets its highest level of support from young men. This is the Syrian refugee demographic.

Seventy percent support for ISIS in Raqqa has been dismissed as the result of fear. But if Syrians in the ISIS capital were just afraid of the Islamic State, why would the Al Nusra Front, which ISIS is fighting, get nearly as high a score from the people in Raqqa? The answer is that their support for Al Qaeda is real.

Apologists will claim that these numbers don’t apply to the Syrian refugees. It’s hard to say how true that is. Only 13% of Syrian refugees will admit to supporting ISIS, though that number still means that of Obama’s first 10,000 refugees, 1,300 will support ISIS. But the poll doesn’t delve into their views of other Al Qaeda groups, such as the Al Nusra Front, which usually gets more Sunni Muslim support.

And there’s no sign that they have learned to reject Islamic terrorism and their hatred for America.

Thirty-seven percent of Syrian refugees oppose US airstrikes on ISIS. 33% oppose the objective of destroying ISIS.

And these are the people whom our politicians would have us believe are “fleeing an ISIS Holocaust.”

Seventy-three percent of Syrian refugees view US foreign policy negatively. That’s a higher number than Iraqis. It’s about equal to that of Palestinian Arabs.

Obama’s first shipment of Syrians will include 1,300 ISIS supporters and most of the rest will hate this country. But unless they’re stupid enough to announce that during their interviews, the multi-layered vetting that Obama and other politicians boast about will be useless.

If only 1 percent of those 1,300 Syrian ISIS supporters put their beliefs into practice, they can still kill thousands of Americans.

While the media has shamelessly attempted to exploit the Holocaust to rally support for Syrian migrants, the majority of Syrians supported Hamas whose mandate is finishing Hitler’s work. The Hamas charter describes a “struggle against the Jews” that culminates in another Holocaust. Bringing Hamas supporters to America will lead to more Muslim Supremacist violence against Jews in this country.

But all of this can be avoided by taking in genuine Syrian refugees.

While Obama insists on taking in fake Syrian refugees, mainly Sunni Muslims from UN camps who support terrorism and are not endangered in Jordan or Turkey, both Sunni countries, he is neglecting the real refugees, Christians and Yazidis, who are stateless and persecuted in the Muslim world.

Obama and Paul Ryan have claimed that a “religious test” for refugees is wrong, but religious tests are how we determine whether a refugee is really fleeing persecution or is just an economic migrant.

The Sunni Muslims that Obama is taking in do not face persecution. They are the majority. They are the persecutors. It’s the Yazidis and the Christians who need our help. And these real refugees, unlike the fake Sunni Muslim refugees, are not coming here to kill us. They truly have nowhere else to go.

Syria is a disaster because its rival Muslim religious groups are unable to get along with each other. Bringing them to this country will only spread the violence from their land to ours. Instead of taking in the religious majority that caused this mess through its intolerance, we should take in their victims; the Christians and Yazidis who are being slaughtered and enslaved by ISIS.

During the entire Syrian Civil War, Obama has only taken in 1 Syrian Yazidi and 53 Christians.

Syrian Muslims are a nation of terrorist supporters. They destroyed their own country. Let’s not let them destroy ours.

It’s time that we kept our nation safe by doing the right thing. Let’s take in the real Christian and Yazidi refugees and let the fake Sunni Muslim refugees and terrorist supporters stay in their own countries.
Daniel Greenfield at November 29, 2015
Share