Twilight of the Family

For most of human history the family was the basic social unit of the species. Family was a way of passing down genes, beliefs and wealth. It was a retirement plan that you paid into by keeping your children alive long enough for them to grow up and support you. It allowed the individual to pass on his ideas to people who would care about them because they were part of their heritage. Family was a collective endeavor, small enough to reflect the individual. It was a practical and philosophical aim that made life beautiful and meaningful.

But who really needs it anymore? 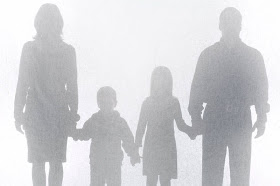 The basic practical functions of the family have been replaced by the nanny state. It is the nanny that takes over the care and teaching of the child as soon as possible. And when their parents grow old, it is that same nanny that oversees their care and death.

Governments have come to serve as undying guardians of human society, ushering new life into the world and ushering old life out of it. New parents are as likely to turn to the government for help as they are to their extended family. When their child is old enough to look around for a career, it is the government that they expect to provide the education and the jobs. And when they grow old, the child can keep on working at his government job and paying off his student loans knowing that the government will be there to make all the difficult and expensive decisions about their care.

With all that taken care of, who needs parents or children anyway?

People once had children to pass on wealth, genes and beliefs. But wealth is now thought to be the collective property of society, which is taxed to death or often just given away on some quixotic quest to stamp out disease in Africa or illiteracy in Antarctica. The thought of passing on genes carries with it a tinge of racism for the European and European-descended populations whose birth rates are dropping, but raises no such concerns for minority groups with high birth rates. That only leaves beliefs, which are also thought to be the collective property of the society and the state. Public education, mandatory in some countries, means that the best way to reproduce your beliefs is not to have children, but to get a job as a teacher.

The family has been displaced and replaced. In some places it is even repressed. Like an old station wagon, it idles by the side of the road, while its former owners drive away in their new sleek electric government compact car built for two or a micro-car built for one into a wonderful childless future of unfunded pensions, social collapse and death panels.

Marriage rates have dropped sharply. Not only is divorce more commonplace, but many couples aren't even bothering to marry at all. And many of those who do marry don't bother having children. Childfree is the new Zero Population Growth, not on behalf of the planet, but on behalf of the self. Modern society has made the price of children extremely expensive and many couples have found it easier to end the family with their own deaths.

The future of the West has been aborted or never conceived. It has been broken up, divorced and never married.

The state gave its citizens the impression that it could fulfill all the functions of a family far better than the real thing. Its appeal was the power of bigness, the stability of a system too big to fail and rooms full of experts working night and day to improve on the fallible family. With its vast industrial social services bureaucracy, the state would be able to provide a more stable social safety net, save everyone money on health care, educate their children, care for their elders, perpetuate their values, protect their income, safeguard their way of life and usher in a bright new future.

Unfortunately not only can't the state do any of these things better than the family, but it can't do them at all without the family. And the family has collapsed, falling apart into disassociated lonely individuals, looking for their father and mother, their children and their future, in the great soulless body of the state.

"The State is the great fiction through which everybody endeavors to live at the expense of everybody else," Fredrick Bastiat wrote. At its most basic the state is a pyramid scheme into which everyone pays into and from which everyone expects to extract more than their fair share. At the very least they expect the state to function like a wise investment fund, taking their taxes and investing them in ways that will maximize their social return. 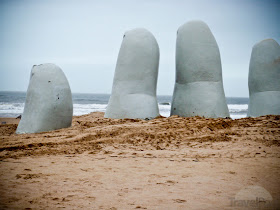 Unfortunately the state is more like an actual pyramid scheme whose schemers squander as much of the money as they can while pressuring the suckers to throw in more and more, promising big returns and parading around the model investors who made a fortune as their success stories.

Invest more in education, the schemers of the state urge, presenting as an example a few individual students from the diminishing percentage of college graduates who are actually able to find a full-time job based on their degree. Invest more in healthcare they cry, trotting out the elderly and the children who depend on social services, even while those same schemers are robbing those services blind. Invest in foreign aid, in the war on poverty, in infrastructure and the environment and a thousand other social funds, they cry, even as all the trillions of their former investments have gone up in smoke.

Money however is replaceable. Children are not. And nowhere has the pyramid scheme of the social state schemer proven more disastrous than in the collapse of the family. The state has usurped the family, but it depends on the family to crank out industrious little taxpayers, small men and women who will work the shops and factories, toiling night and day, paying their fines and fees dutifully while raising the next generation of taxpayers. Without the family, the pyramid scheme of the state faces a demographic collapse.

Europe has turned to the American solution, bringing in huge numbers of immigrants to fill the demographic dead zone left behind by the progressive state. And America has doubled down on that same solution. But the solution is no solution.

Importing large numbers of immigrants into a vital and booming society is a shot in the arm, but doing the same in a troubled society in decline is a shot in the head. The difference between integration and conquest is a matter of demographics. If the numbers are not on your side, then you aren't expanding your own country, you're giving it away.

Immigrants from the Third World have fared the worst. Caught between a declining West and a backward East, they have produced large and broken families that explode into violence as their children carve out their own rough tribal identities in ethnic gangs and religious terrorist groups across a lost and bewildered land. Not only have they failed to become the taxpayers of the future, upholding the oversized pensions of tomorrow with the labor of today, but they have become an even larger drain on the social services that they were meant to bail out.

In 1848, Marx and Engels published the Communist Manifesto fearsomely declaring, "A spectre is haunting Europe — the spectre of communism." At that time the birth rate in Germany was five children. Today it isn't even two. The spectre of Communism is no longer haunting Europe. It has come and gone. Under Socialism, it is the spectre of demographics that haunts Europe. It is the dead children, no longer killed in factories or protests, but in clinics and for convenience's sake, that float aimlessly through the streets of Munich, London and Paris. Europe is no longer haunted by its dead, but by those who were never born.

Socialism has left behind a terrible bill and there is no one left to pay it. The population is crashing in every Western country. The elderly are losing their generous benefits, the men and women of middle age worry for the future and the youth no longer believe in the future at all. The streets are full of angry foreign teenagers, grinning and glaring, cutting and smashing, and the veiled women shop for goat in small dirty butcher shops. The old native men and women, of the stock that once made world empires, dream of leaving it all behind for Greece or Spain where they hope for a familiar foreignness, rather than the foreign foreignness that has overwhelmed their countries and made their cities no longer their own.

The state replaced the family. It told men and women that they no longer needed to make permanent commitments to each or to their parents and children. So long as they paid their taxes, the state would bear the burden of their commitments. And so men and women gave up on each other, parents gave up on their children and children gave up on their parents, the family fell apart and now the state that took its place is also falling apart. 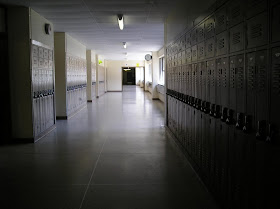 A building cannot be built on nothing. The tallest tower is only as strong as its foundation. A skyscraper may touch the sky, but it is its grip on the ground that truly counts. A civilization may reach for the sky and the stars, but it is sustained by the soil of the family and the roots of the basic social structures created by individuals perpetuating individuals, not the gargantuan social mechanisms of the state.

When a civilization destroys its families, then it destroys itself. A man cannot cut out his own heart and live. A society cannot destroy its own capacity for life and regeneration, and continue on blithely occupying itself with the wars on obesity, poverty, racism, cough syrup and gendered pronouns. The state may seem impressive, but it is only a scheme by which people pay officials to make life better for them. When the number of people begins to decline while the number of officials increases, then the man touches the place where his empty heart was, stumbles and falls.

American cities and states have built up a vast social infrastructure of schools and hospitals that there will not be enough children to use. From Detroit to California, the future is four teachers to an empty classroom and eight nurses to an empty hospital. The state that is too big to fail has grown bigger than its people. Like Saturn, the progressive revolution has devoured its own children leaving behind only the empty hallways and empty treasuries of the state.
Daniel Greenfield at June 01, 2014
Share