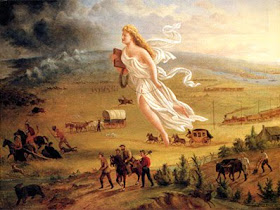 Now we don't have benchmarks anymore. Certainly not those benchmarks. We would be willing to die to silence those who disagree with us. We don't cure anything, we provide research grants to studies on the rates of alcoholism among Lesbians. We criminalize religious dissent. We mock knowledge and we urge government to take over every aspect of our lives.

Mainly we know we're being good people when we get outraged at the things that the media wants us to be outraged by. We know we're good people when we can drag a bad person out of his home and lynch him in the strange virtual space occupied by the convergence of the internet and the media. Somehow only membership in an affirmative action post-racial lynch mob reassures us of our morals.

That and the occasional viral outrage.

In a Brooklyn housing project, Andre Robinson, a typical denizen, was caught kicking a cat. Robinson had a string of previous offenses, including a knife point robbery, but that didn't outrage anyone. Viral videos of the Knockout Game being played were ignored or denounced as a racist hoax. Andre's video was mild by the standards of World Star Hip Hop which is crammed full of videos chronicling violence against human beings.

If Andre Robinson had been taped kicking a man, no one would have thought about it twice. But he was filmed kicking a cat. And "the internet", a term which sites specializing in viral videos use refractively to refer to themselves, sprang into action to track him down. And track him down they did. Robinson will probably serve more time for kicking a cat, which is okay, than he did for his knife point robbery. Because we are a moral society. We are the best people in the world.

Around the same time another viral video was making its rounds. Emily Letts, a personable abortion counselor, filmed her abortion to show a "positive abortion story."

That strange long lost America of a century ago, whose people really might have been the best people in the world, would have considered Emily a much worse monster than Andre. But that society sometimes seems to have vanished as far into the past as Ancient Rome. It hasn't really, but it has been banished thoroughly from our public spaces. Its brand of morality no longer informs us. Instead it is passed down precariously through families and communities as a local form of dissent. 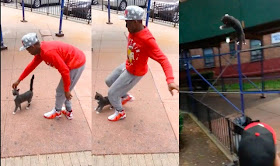 What are we to make of a society where kicking a cat is the worst imaginable crime (except possibly expressing negative sentiments toward black people in a private conversation) while killing a baby is a form of empowerment? A century ago they would have thought us monsters. Today we think that they were the monsters. At least that's what our guardians of public morality insist on telling us.

Today we burn dead babies for heat and send out SWAT teams after cat kickers. In 1914, they would have ignored the cat and they had no SWAT teams, but they would have made every effort to save an endangered child.

Perhaps they were monsters. Or perhaps we are.

Public morals reflect the shape of a society. Today more households have pets than children. So it's only natural that many value pets more than children. Morality follows emotional attachments. Love has become the ultimate arbiter of public morality today. And that has its consequences in more ways than one. Our morality is love, not family.

I like cats and I am not writing this to begin a debate on abortion. Debates over morality are often driven by an emotional conviction that our choices and compromises are correct. And that those of other people are wrong. I will speak to something simpler instead. Survival.

Societies that place a low value on human life can survive as long as they have high birth rates. If they have low birth rates and use household pets and pornography as substitutes for the biological reproductive instinct... they have no future. They will not survive. They will die alone and the civilization that succeeds them will have many children, few pets and will kick their surviving cats.

That isn't a matter of debate.

A society that cannot survive is not moral or amoral. It is irrelevant. To its own people however it is inherently immoral. No virtue of a society can be worth its destruction because that will also destroy the virtue in question. A society that chooses extinction can never be moral, because the thing that it chooses to die for will not carry on its morals. That's a simple matter of everyday evolution.

Suicidal peoples are replaced by non-suicidal peoples. The latter may not be moral, but they have survival strategies that work for them. We no longer have a survival strategy. Instead we have become an amoral society obsessed with a public morality based on political correctness. Our morality bends easily to outrage. It bends only reluctantly to tradition.

Opportunistic empathy is everywhere. We constantly feel sharp jabs of viral pity and outrage. Enduring group empathy however is fading. Our families and communities are becoming fragmented. Too many of us are angry and confused... and both of those emotions are easy enough to exploit by the masters of media manipulation who use confusion to distract and emotion to control. 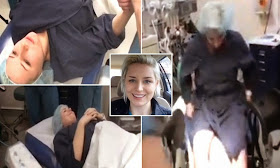 The process is slow. It's slow enough that we only notice something is wrong when it's shoved in our faces. The contrast between Andre Robinson and Emily Lett may be one such moment.

Or it may not be. Your mileage may vary.

America isn't doomed, but it is troubled. It is not on a survival path. It is on a path to social destruction and national destruction. If we can't agree on morality, we ought to at least be able to agree on survival.

That is how the new progressives see their society. They define its morality through its will to suicide. It is a moral martyrdom that defines survival as immoral. And that makes it a cult of death.
Daniel Greenfield at May 07, 2014
Share