The End of Science

The reemergence of Cosmos could not have come at a better time, not because it has something to teach us about science, but because are living in Sagan's world where real science is harder than ever to come by. 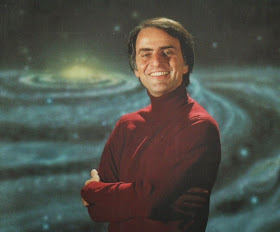 Carl Sagan was the country's leading practitioner of the mythologization of science, transforming a
process into a philosophy, substituting political agendas for inquiry and arrogance for research. Sagan was often wrong, but it didn't matter because his errors were scientific, rather than ideological or theological. He could be wrong as many times as he wanted, as long as he wasn't wrong politically..

Science has been thoroughly Saganized. The vast majority of research papers are wrong, their results cannot be replicated. The researchers writing them often don't even understand what they're doing wrong and don't care. Research is increasingly indistinguishable from politics. Studies are framed in ways that prove a political premise, whether it's that the world will end without a carbon tax or that racism causes obesity. If they prove the premise, the research is useful to the progressive non-profits and politicians who always claim to have science in their corner. If it doesn't, then it isn't funded.

"Science" has been reduced to an absolute form of authority that is always correct. The Saganists envision science as a battle between superstition and truth, but what distinguished science from superstition was the ability to throw out wrong conclusions based on testing. Without the scientific method, science is just another philosophy where anything can be proven if you manipulate the terminology so that the target is drawn around the arrow. Add statistical games and nothing means anything.

This form of science measures itself not against the universe, but against the intellectual bubble inhabited by those who share the same worldview or those who live under their control. It's not a bold exploration of the cosmos, but a timid repetition of cliches. The debates are as microscopic as this miniature pocket universe. Discoveries are accidental and often misinterpreted to fit within dogma.  Progress is not defined not by the transcendence of what is known, but by its blinkered reaffirmation.

The mythologization of science isn't new. Its chosen hero, "The Man Who Was Right When Everyone Was Wrong", defying ignorance and superstition with the torch of knowledge is an old archetype. But the mythologization of science has outlived the rationality that once gave this figure meaning. The Men Who Are Always Right aren't right anymore because they use the scientific method, but because they use science as a priesthood to prove the rightness of progressive policies.

In the collective language of the progressive internet, science has become an absolute. Science proves everything. "Because Science." "15 Ways Science Shows You're Stupid". "How You Can Be Smarter With Science". But this vision of science as an absolute, a post-modern abstract oracle, is less true than it ever was. Science is a state of uncertainty. Researchers discover new things by questioning what they know. A theory is another stop on a journey, not an ideological safe harbor.

The animistic spirit of science, the technocratic muse of a secular age, is superstition wrapped in a lab coat. The worship of the expert class is no more credible for PhD's than it is for witch doctors. It's a sure way to convince the worshiped to swap out their old risky methods for an air of omnipotence. 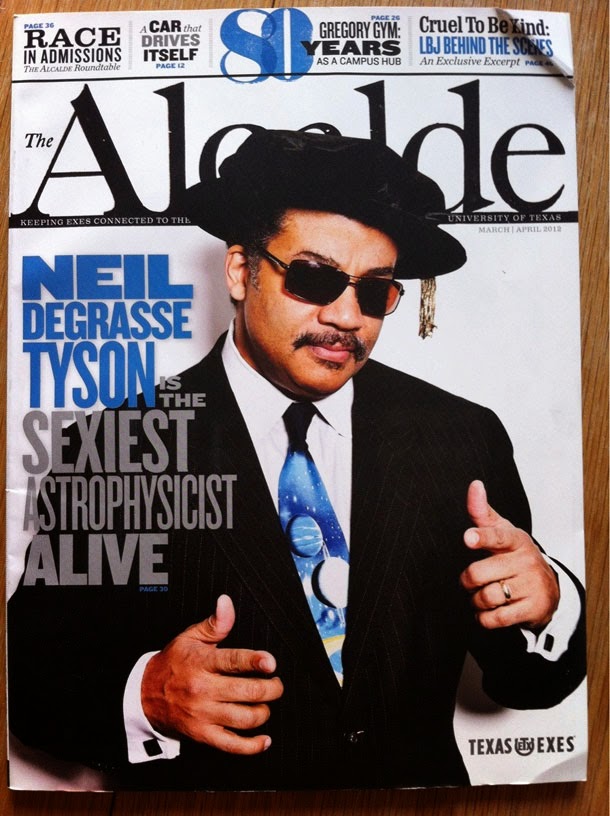 Science works as a process that utilizes a set of tools. It does not innately confer superiority on anyone. A scientist who does not utilize the scientific method is as much use as a carpenter who cannot make chairs or a plumber who cannot fix toilets. A science that exists as a fixed absolute, whose premises are not to be questioned, whose data is not to be examined and whose conclusions are not to be debated, is a pile of wood or a leaky toilet. Not the conclusion of a process, but its absence.

It isn't science that gives a thing legitimacy, but the processes of thinking and testing that do. The only authority worth mentioning is also worth questioning. That is as true of science as it is of government. An authority that answers to itself, that derives its power not from an open system, but from a closed system is a tyranny and prone to a failure-denial cycle in which each failure is then covered up by greater abuses of power until the resulting disaster can no longer be covered up.

The science of the "Science is settled" crowd isn't an open system of skeptical inquiry, but a closed system of centralized authority funded and controlled by special interests, beholden to political agendas and intolerant of dissent. It has the same relationship to science that the various People's Democracies had to democracy.

The response of the science settlers to the serious questions that have been raised about their unscientific advocacy has been to demand a more closed system, to hide more data, to urge newspapers to stop printing letters from anyone who questions Global Warming and to even propose the imprisonment of Warming critics.

This isn't the confident attitude of a field that believes it has the facts on its side.It's the authoritarian response of panicked overlords who have become too comfortable with their routine of morning show alarmist appearances and the rushing flow of grant money paid to stave off the apocalypse.

Bad science often pays better than good science. There's more money in unveiling an invalid research study that is sure to show up in 200 newspapers tomorrow and start a a new diet craze the day after than a methodically researched piece of work that demonstrates that staying healthy is a matter of hard work and other elements that are outside an individual's control.

There's more money in predicting an apocalypse that can only be stopped with trendy progressive policies than the recognition that environmental debates are complex and often come down to a tug of war between competing interests. Reality doesn't pay. Politicized and prostituted science does.

The mythologization of science, like the cowboy movie, always had a loose relationship to reality, but still derived from it, dressing up reality, rather than entirely displacing. It has now become the idealization of a murdered ideal by the people who murdered it. 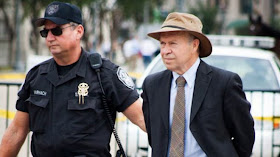 Like the old joke about the Communist who boasts that like the American he too can shout, "America is worthless!", challenging someone else's dogma is not skepticism, it's antagonism. This attitude has leaked into the scientific community which eagerly rushed out to condemn opponents of vaccination, but has much less to say about the pervasive culture of fraud in medical research.

The Cosmos crowd have always been eager to mock televangelists predicting the end of the world, but have little to say about Sagan's equally bogus predictions about the end of the world. They made science into a culture filled with 'awe and wonder'  as if the universe were their own private church, while jettisoning the rational inquiry and reasoned debate.

There is nothing to cheer about the return of Cosmos. It's not science, instead it's more of the popularized punditry that distorts science into an absolute dogma with a cynical agenda.
Daniel Greenfield at March 23, 2014
Share