The media spends almost as much time covering various debates about how to "fix the news" as it does itself and the treatment of Ezra Klein's announcement that he is leaving the Washington Post to create a political blog for Vox Media (co-founded by the creator of Daily Kos) is a perfect example of the confluence of the two with media covering something that no one outside the media cares about as if it were an important story. 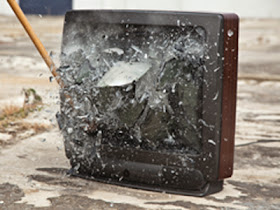 In his announcement, Ezra Klein welcomed resumes from anyone who wanted to join him in "fixing the news" and promised to fight the phenomenon whereby the news tells people what happened instead of "giving them the crucial contextual information necessary to understand what’s happened."

Klein's formula for fixing the news isn't unique. Most news organizations keep talking about the importance of context and background even while they make their money from pop culture clicks. The entire news media is the Huffington Post now.

More context isn't the solution to the news; it's the barrier to the news. Every media outlet wants to tell you what to think about an event, instead of telling you what happened. The more sophisticated organizations do a better job of dressing up their narratives by dropping longreads on the reader. David Kilpatrick's New York Times Benghazi story was a recent classic of the genre that read like a mystery novel and was filled with selective bits of misleading contextual information leading to inaccurate conclusions.

It did not take very long for a Senate report and other media outlets to shoot down the story which had left out information about the Al Qaeda links of the attackers, but did include a dubious claim that the attackers had been angry about a YouTube video. Kilpatrick's contextual longread was really a narrative. And that is the problem with context over news.

The news is a summary of what happened, but the expansion of context is a rabbit hole of narrative.

Context tainted by agendas becomes a narrative. An older generation of liberal journalists dreamed of being Woodward and Bernstein, but the younger generation have more modest ambitions of being storytellers who skip the investigations and go straight to the conclusions.

There are things about the news that actually do need to be fixed and political bias tops the list.

Even though David Kilpatrick's story was discredited shortly after it was published, Kilpatrick and the New York Times suffered no personal or professional consequences for a story that supported the administration's line on Benghazi. That is markedly different from what happened to Lara Logan and 60 Minutes for airing a Benghazi report that the administration did not approve of.

Both stories suffered from errors, but while 60 Minutes was deceived, the New York Times did the deceiving. And yet Lara Logan has been denounced for journalistic malpractice, while hardly anyone in the media has criticized Kilpatrick for attempting to sell blatantly refried nonsense that had long ago been discredited and that not even the administration was willing to stand behind.

It’s equally instructive to compare the treatment of Kilpatrick’s Benghazi hoax to an accurate and thoroughly researched longread in Grandland about Dr. V. the inventor of a golf putter who claimed to be a female physicist from MIT descended from Cornelius Vanderbilt, but turned out to be a male car mechanic. When the fraud was exposed, the man committed suicide. The story was initially admired, only to come under attack from gay rights activists who contended that the reporter, Caleb Hannan, had no right to expose V’s lies.

An ESPN transvestite sportswriter insisted that V's real gender wasn't Hannan's "information to share...  trans folk get to determine for themselves what they’re willing to divulge about their sexuality and gender identity. As in, it’s not your business unless or until the person tells you it is."

Hannan's story wasn't being challenged based on the facts, instead he had run afoul of a political mandate that transvestites, transsexuals and assorted ‘trans’ were members of an officially protected victim class whose psyches were too fragile to tolerate the excesses of investigative journalism. It was absurd, but so are most political restrictions. And political restrictions on journalism are the enemy of truth.

The Atlantic contended that Hannan's fault was "his inability to separate professional and academic deceitfulness from an issue for which (s)he had a legitimate right to privacy." But when exactly have journalists ever recognized a right to privacy? The ESPN ombudsman denounced the story for lacking "understanding, empathy and introspection". Would a story about any other auto mechanic claiming to be a rocket scientist have lead to criticisms that the story lacked understanding and empathy? 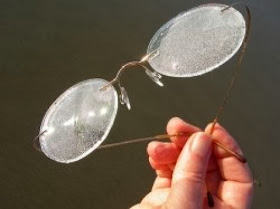 "It’s a surprisingly easy editing exercise to remove that aspect of the story," Robert Lipsyte, the ESPN ombudsman suggested, referring to V's gender. That chillingly casual suggestion which illustrates everything wrong with the liberal dominance of journalism however gave way to an even more Orwellian suggestion..

Another ESPN ombudsman and "ethicist" at a journalism school suggested killing the whole story because "the deceptions were inextricably entwined with the name change... in which case, the news organization would then have to ask if the subject of the story itself was so pressing to Grantland’s audience that it had to be published."

The problem here is not a lack of contextual information, but a political context that entirely overwhelms the facts until ombudsmen and ethicists demand that the political context should determine whether a reporter pursues a story.

It was the identical problem faced by Communists journalists who were expected to think of the political context first and the truth second. And that is the real problem with the news.

The news media now specializes in content so shallow and worthless that it has no political context. No victim group is going to object to a video of kittens playing or a pop star trying to be outrageous, or rather they will, animal rights groups will object that the kittens video promotes animal slavery and the pop star's dance moves or costumes are guilty of cultural appropriation, but, for the moment, they will be ignored.

Serious news however comes with so much political context that it's easier to just rewrite Think Progress or Media Matters content than to do any original reporting on a national or international issue. There is safety in numbers because it's harder to lynch a reporter whose only crime is reworking an AP story that is based on a Media Matters email that is based on a White House press release.

The few people who do more consider themselves liberal wonks and their material is aimed at a narrow demographic consisting of journalists, consultants, politicians and anyone whose specialty revolves around an area of domestic or foreign policy. This incestuous world is what now largely passes for journalism. When reporters repeat that the Muslim Brotherhood is a moderate organization or that ObamaCare is working, they are echoing the talking points of this media echo chamber.

Investigate journalism has become dangerous because it's politically risky. It sets the reporter apart from the herd. In the best case scenario, reporters like Sharyl Attkisson are ignored when they report on Fast and Furious or Benghazi; aside from the occasional mysterious computer hack. If they become too annoying to the establishment, like Bob Woodward, they can be torn to shreds for criticizing the wrong people.

The news is broken because it follows the left's usual model of insider highbrow content and outsider lowbrow content. That same model destroyed art, literature and theater. Now it's wiping out the news media. The general public gets cat videos, pop stars and stories about a Republican who said something racist. The insiders get endless analyses that read like a case of college sophomore arrested development accompanied by politically correct spin on the latest trends.

MSNBC and Ezra Klein's work at the Washington Post are both demonstrations of how little popular appeal the insider content has even when it makes attempts at splicing in populism. And the general model of the Huffington Post is so tawdry and stupid that it drags down everything else with it.

Middlebrow content that is meaningful to the average person is usually  the first casualty of postmodern leftist institutional domination. It happened in every area of culture and it just took a little longer for the same phenomenon to kill the news as we knew it and replace it with a wide gap between lowbrow indoctrination and highbrow guides on how to indoctrinate.

This split is fundamental to understanding what is going on not only with the news media, but with the country. The national audience is being divided between those who are to be fooled and those who do the fooling. The "smart people" will play the Outer Party and be tasked with distributing talking points and memes from the Inner Party of the think tanks while the proles will get cat videos, pop stars and the latest Republican outrage boiled down to the level of the Huffington Post audience. 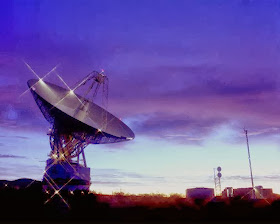 When apparatchiks like Ezra Klein talk about fixing the news, they don't mean going back to a time when middlebrow media coverage informed without indoctrinating, what they mean is providing more content to the Outer Party of the upscale left that plays a role in policy, but doesn't originate the ideas that it promotes.

Lowbrow content is concerned with capturing fleeting attention spans while highbrow content is incestuous, it analyses and meta-analyses each talking point and its reporting is concerned with itself. It reports on Ezra Klein not because he is newsworthy but because in a shrinking business those at the top are increasingly likely to know each other and the lines between gossip and news no longer exist.

In the digital era, the Inner Party looks a lot like Pajama Boy or the new wave at MSNBC or the Obama campaign, it's young, skilled at social media and it never grew up. And the Outer Party is just the Inner Party with less influence and more student debt. The whole thing has the air of an endless college dorm because that is really what it is.

The news media has become just another outlet in the culture war of the left. Its business model can't be fixed because it isn't in business to make money, but to indoctrinate. It doesn't care about the financial bottom line, but about the political bottom line. Its future is boutique journalism funded by liberal billionaires looking to influence policy by subsidizing failed media outlets that would otherwise go on the block for a buck just like Newsweek.

The news doesn't need to be fixed. It needs to be freed.
Daniel Greenfield at February 02, 2014
Share