The Solution is the Problem

The problem with our problems is usually their solution. If we were to take a closer look at many of our problems, it would turn out that many of them are actually solutions that were meant to solve those very problems. Our War on Poverty has spread poverty. Our attempts at fighting racism have perpetuated it. Our campaigns for energy efficiency invariably waste more energy than they save. 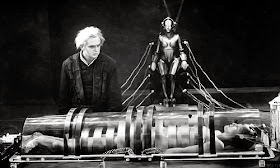 We tried promoting populism to solve terrorism in the Middle East and got even more terrorism for our troubles. The more resources we put into education, the more the educational system runs backward. Every attempt at creating jobs seems to vaporize more jobs than it creates.

Solving problems isn't a bad thing, but the place to start is at the problem, not the solution.

Listen to enough celebrities at fundraisers, politicians thumping podiums with manicured fingernails and thought leaders spinning their little grey wheels and you notice that they assume that the solution is obvious, self-evident and will work. And that's where problems come from.

The more problems we have, the more addicted to solutions we become. But progressives forget what the pre-moderns knew, that many problems have no solutions. Other problems can be ameliorated, but not solved. Life is still tragic. Bad things will happen to good people. Sometimes we can wipe a disease off the map, but more often our solutions trade simple problems for more complex ones.

Human nature, unlike a virus, has no solution. It's hard enough to keep up with a mutating cellular organism, but trying to outpace shifting human motivations is a totalitarian loser's game. It's why social problems have the fewest solutions except distributing more time, more wealth and more resources wholesale through a general step forward and waiting for people to make use of them.

Social solutions are all about social engineering masses of people on the assumption that they will behave in a predictable way over extended periods of time even when they are aware of what is being done to them and even when the conditions of the experiment come apart as your $600 million website not only doesn't lure in the cool kids to sign up, but works about as well as a plugging your toaster into hope and change and waiting for it to magically do something.

None of these gimmicks work really well which is why most aspiring progressive social engineers settle down to a humbler rackets of six-figure salaries at a non-profit that's there to solve a problem that won't be solved or a consulting gig manipulating billionaires who want to solve a social problem like gun violence or obesity before they die and think that it can be done by manipulating the masses.

For sincere problem solvers, the place to start is by examining the problem. That means setting aside the claims that science has already proven X, Y and Z. Science actually proves surprisingly few things outside of an episode of CSI. What science does is tie together working assumptions into a productive workflow. This is much more useful when it comes to producing a smartphone using science, than using a bunch of unduplicated studies with more statistical gimmickry than a political consultant's poll to tackle overeating, drug abuse or risky behavior by teenagers.

Bacteria is a lot less self-aware and less complex than teenagers. It isn't going to change its worldview tomorrow because of a new trend sweeping the nation. It also isn't going to be primed to give the answers that get you the grant by your research assistant who never learned to spell ethics.

Some problems are unsolvable. Others shouldn't be solved. Think about that bookcase you want to move to the other side of the room. What are the odds that the thin pasteboard is finally going to give way and spill all those medical journals all over your rug if you try to do it? A lot of problems are like that. Tackling them sounds good at a fundraiser, but then it breaks your furniture.

Tackling the social problems of low income families broke up those families and made them much more dependent on the social tacklers. A few generations later, the broken family and dependency had made all the original problems even worse and much more unsolvable. It shouldn't have been that surprising an outcome. Taking animals out of the wild and breaking their chain of life strategy transmission leaves them unable to survive. It works that way with people too.

Solving problems generates new problems. People are complex and their complexity generates problems. Even actual solutions create new problems. What makes these solutions actual is that the new problems are several degrees of severity less than the original problem. Plentiful food means childhood obesity. Cures for diseases lead to increased longevity and strain on the social system.

Thinking ahead can head off solution problems. The problem is that solutioneers rarely like to think of problems. They like to skip ahead to practicing their Nobel Prize acceptance speeches.

The progressive mindset treats solutions as a matter of faith. If you assume that society is always on an upward track like a roller coaster that never stops climbing into the sky, then you don't worry that your solutions will generate future problems. Thinking that way is blasphemy against progress. And if you aren't a 1920s progressive with shiny hair and a great deal of confidence in a future where radio pills are an entire meal and a vast government bureaucracy will end poverty for good, but a 1970s progressive with a necklace of Made in China tribal beads and a misplaced confidence that the only reason that problems don't get solved is that people don't care enough to solve them, then you can't even process the idea that hugging a problem to death might not be the solution that is needed.

The 1920s progressive was the product of a rational culture. His modern descendants confuse being rational with being obtuse, snarky, outraged and any of the other phases of the progressive moon. That leaves them completely unable to solve anything and utterly unaware of their own inability to do anything more complex than edit a Republican politician's Wikipedia entry to reflect a gaffe distributed by a Think Progress' mailing list and call it a day for the progressive movement.

Instead of solving anything, they declare social problems solved. Then when the social problems have gotten so bad that the voters turn to a Republican to solve them, the progressives begin churning out articles, books and documentaries about how the Republican deregulation of whatever messy system they set up to solve old problems by creating more of them wrecked everything.

Crime was solved, until the Republicans came in and began fighting it. Poverty was solved, until Reagan got in. Race relations were great, until Nixon. Every disease was cured until Bush failed to increase NHS funding in line with the growth curve of the economy. This comforting hateful nonsense frees progressives from ever questioning the progress that they have made.

Progressives are forever fixing things and conservatives are forever breaking them because they hate progress. The only way to make progress is by eliminating all opposition. It worked in the USSR where the authorities spent three generations blaming every one of their failures on a vast army of saboteurs working for Great Britain, Leon Trotsky and the remnants of the Czarist regime.

Ask a modern progressive to name what his politicians did wrong and the usual answer is that they weren't radical enough. ObamaCare was bad because it wasn't Single Payer. If it had been Single Payer, it would have been bad because of medical tourism. If a giant barbed wire fence had been set up and all the doctors rounded up into it, the complaint would be that the fence wasn't electrified.

Like the guy trying to fix a television set with a hammer and twelve beers, the progressive review board's conclusion is always that he didn't hit the broken pieces of the television hard enough. 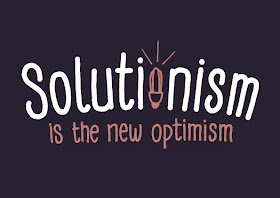 This same solutionist mindset doomed the USSR to wallowing in its own economic filth because it could rarely work its way backward from its latest mess. Instead it found a few scapegoats to shoot and went on marching forward over a cliff until everyone got tired of the whole thing and decided to go back to an oligarchy with fewer rules and better movies.

Those who believe in the solution can never accept that they are the problem. That they aren't smart enough to outsmart the rest of the population and that they should stop trying before they make their problematic solutions unsolvable. The solution is more than just something they do, it's an act of faith in a rational future. But there is nothing rational about problem solving as a progressive act of faith.

Solutions and problems aren't polar opposites like heaven and hell or Beethoven and the sound a broken fax machine makes when you try to call it; they're entangled bits of each other like a Rubik's Cube. The solution is present in a problem and the problem in a solution. That is all the truer when the problem is people, rather than the alignment of colored squares.