There isn't very much progress in the progressive movement. Progress is the expansion of possibilities. Progressives however have a Malthusian obsession with the scarcity of all things. They believe that we are about to run out of everything from energy to water to wealth and education and that like starving survivors on a lifeboat we have to redistribute everything. 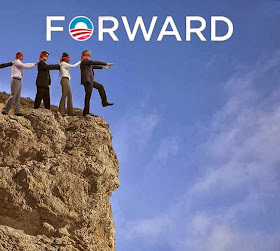 The progressive outlook predates the notion of progress. Its ideal is a static society, sustainable in its material practices and so utterly moral in its social attributes that it becomes immune to change. It is founded on the intertwining of the material and the moral through the insistence that the scarcity of material things makes their redistribution mandatory by an activist moral elite.

There is nothing as reactionary as utopia and no group as reactionary as utopians. A perfect society is a place that is immune to change. The search for such a society is the quest for an absolute way of living. Both the quest and the way of living become as unchallengeable as any theological utopia founded not on bad economics and political parochialism, but on a deeply spiritual faith.

The progress of progressives is not a rocket to the stars, but a slow elevator climbing up a constricted shaft to their ideal society. It's only progressive in the same sense that a television channel that moves from one show to the next within the confines of its programming is. It's programmed progress, not the progress of exploring infinitely expanding possibilities.

The left is actually deeply conservative. It is difficult for people in countries being contested by the left to see this because they observe the left as revolutionary and destructive. But every attempted conquest is accompanied by violent disruptions. The domestic left destroys everything it does not control as part of a cultural war; not because it seeks an open society of perpetual creative ferment.

Once the left achieves its dream of absolute power in a nation, that nation becomes socially backward, technologically backward and culturally backward. There is a reason that the USSR, Cuba and North Korea were not producing compelling new cultural products for export the way that their sympathizers in Hollywood did and do. It's the same reason that they don't keep having revolutions.

The creative energies harnessed by the left are a revolutionary tool for achieving an ideal society. Once that miserably ideal society is achieved, everything is regimented and unplanned change is locked out of the equation because reactionary progressive utopias have to be relentlessly planned. Science and culture are forcibly slowed down. Individuality is discouraged. Conformity produces mediocrity in all fields. Time slows down and utopia sinks into its own progressive muck.

Americans had trouble believing that the left of the counterculture had much in common with the conformist cultural factory of the USSR until the flower children became professional activists and politicians and ran a system of stale conformity interspersed with tedious displays of traditionally transgressive arts. The very slogan, Keep Berkeley Weird, is not revolutionary. It's traditionalist.

Nothing is more conservative than keeping things the way that they used to be.

On the opposite coast, the old radical artists and poets complain that the East Village isn't what it used to be and landmark everything in sight. Men and women who once did mountains of cocaine fight every bar liquor license with the outraged spleen of suburbanites threatened with a landfill.

The paradox of keeping weird things weird is that weird then just becomes another tradition and another proprietarian cultural impulse to avert a changing world by clinging to the way things used to be when you were young and everything made sense. It's not really keeping things weird, it's keeping the weird things that come from a changing outside world, out.

Utopians always carry that narrow-minded fragility with them. Their perfect society is always doomed by the rising tide of morality in the affairs of men. The more they try to hold on to it, the more it breaks apart right in front of their eyes. The left only believes in change when it moves in their direction. But once change has been achieved, then their ideal is a static changeless society. 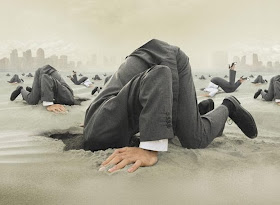 Progressive utopians project their sense of fragility onto all material things. Fuel, water and even the atmosphere are all on the verge of running out. Everything must be safeguarded, counted and put in a locked box where qualified personnel will only distribute it at need. And that includes any and all human activities which might cause the warming of the planet.

Socially they are just as bad. Not only is wealth finite (except when they're spending it) but so is everything from education to employment.

The left doesn't think in terms of making more, but of redistributing what is available. Its goal is a static society in which everything is "fair", rather than a rapidly progressing society society that is unfairly distributed, but that focuses on creating, rather than sharing, and produces more for all.

Progressives equate progress to redistribution. They view the planet and every microcosmic society within it as a lifeboat with a finite amount of supplies to pass around for survival's sake. Their idea of progress is achieved when the redistribution achieves their ideal of fairness and no further bouts of redistribution are needed. Since that day will never come, utopia becomes an economic police state.

The progressive idea of progress is a sack race with a hundred feet in one sack. Progress must be communal. It must meet the needs of all stakeholders. It must comply with every detail of the plan. And so it is no wonder that we hardly build big things anymore or dream great dreams. Vision is individual and it's deeply disruptive. It changes the way that everyone lives.

Visions lead to utopias, but once utopia is achieved, there is no more room for vision. Visions, like viruses, are competitive creatures. When a Vision achieves a static order by killing all other visions, then vision dies, but that Vision remains with its dead hand on the wheel of history.

The vision of the left is a dead utopia, a tradition of weirdness and a hoarder's obsession with storing everything from the economy to the atmosphere in one lockbox before the sky falls. The utopian is really a cynic, certain that individualism will unleash everyone's worst impulses, and offering instead the iron order of his vision.

Utopia believes the worst of everyone and everything. It fears its own mortality and scents the taste of death on everything. It is convinced that the sky will fall, that everyone will starve and that the utter undoing of humanity is only a land use resolution or unrecycled plastic bottle away.

Progressives lock everyone into their narrow regimented and regulated idea of progress because they distrust people and they even distrust the universe. They are children certain that everything they love is about to be taken away from them and closet fascists obsessed with their moment of heroism when they rush out of the phone booth, biodegradable cape blowing in the wind, and save humanity from itself through a benevolent police state that extends into absolutely every area of human activity. 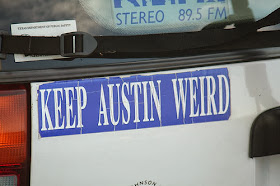 There is no progress in progressivism. There is instead a deep fear of progress. Utopians fear the unregulated and unplanned and they replace the true expansive progress of the human spirit with the false progress of social controls. Human genius is sold on the block in exchange for bureaucracy.

Progressives view every element of the world, from the grand vistas of oceans and skies to the minute intersections of human society as too fragile and limited for unregulated progress. Under their rule, progress in this country, once its secular faith, has slowed to a crawl outside of a few select industries that are able to move faster than the speed of progressive regulations.

The only way to resume progress is to fight the progressive movement.
Daniel Greenfield at January 30, 2014
Share