Outrage is the New Identity Politics

"The medium is the message," Marshall McLuhan said. The days of the medium however are being left far behind. 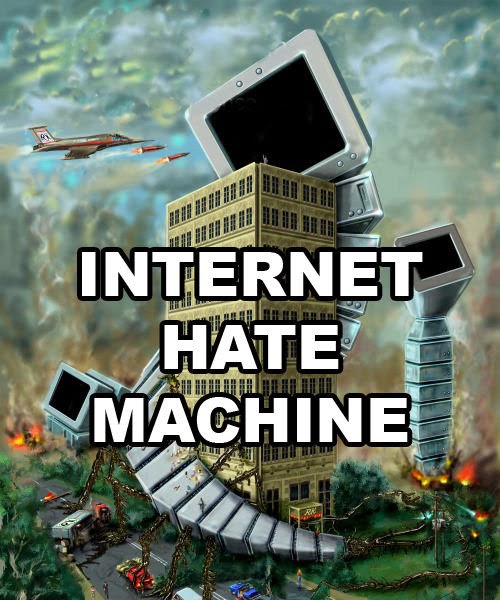 The newspaper, the radio and the television set that coiled together into the media to provide a bewildering array of information and entertainment have been infinitely complicated and simplified. The day when the last newspaper runs off the last printing press, the last radio broadcast fades into a hum of static and the last television signal winks out is not that far away. The internet is a true media,

The internet through the desktop, the television set and the mobile device is capable of duplicating the mediums we knew, but it also ushers in unlimited competition. Every medium was limited in the amount of content that it could or would provide. There were only so many pages in a newspaper, radio and television could only be experienced in real time and only as many programs as would fit into a broadcasting schedule on a single channel. Everything had limits. The internet has few limits.

The only meaningful hard limit on the internet is the human attention span. Content isn't quite infinite, but it easily surpasses what any single person could even begin to take in. The sheer amount of options alone exceed the available time to enumerate them at any given moment. Technological limits have been proven to be soft limits. But there's only so much human attention to go around.

Attention deficit disorder is already becoming the natural state of being as the human attention span is split down in unprecedented ways, relying on new shortcuts of virtual digital memory and tapping into infinite wells of content and interaction with even the most casual attempts at recollecting information. The medium shapes the message and it also shapes us.

The competition to create messages that can compete in the overcrowded internet media is producing messages that change us. Memes, like real viruses, create pathways of language into our minds to bypass our natural resistance to the escalating war for our attention. The more "one stupid trick" is used, the more resistant we become to it unless it takes on a special meaning for us.

The bloody competition by content creators turns every message into a shout for attention. The latest trends with their emphasis on social sharing and "You won't believe" headlines make content all but indistinguishable from what used to be spam. Like spam, the swamp of "viral" content consists of worthless or dangerous material that pretends to be compelling or fake content pretending to be real.

Television with its slow process of rolling out shows over months and waiting for them to catch on through water cooler talk seems insanely slow and risky in today's viral environment where it has to trend in a matter of hours or days. Instead reality television rules television because it's fast, cheap and it generates immediate responses. And the easiest response is enmity.

Reality television, like wrestling and social media, finds it a lot easier to sell a 'heel' than a hero. It's much easier to make people hate someone than to make them care about them. And the next best thing to the heel is the 'geek', not in the modern sense, but in the classic sense of a freak who does ridiculous and horrible things for the amusement of the public.

The heel and the geek are the staples of reality television and viral content with sidebars of kittens and strange facts about the 19th century for the latter. And all the former requires is finding unlikable people who fit a preconceived notion or stereotype. The rest is just a process of "casting" a heel and turning on the outrage machine. 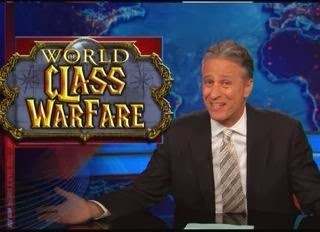 The outrage machine defines people not by what they care about, but by what they hate. The crowded lanes of the internet media has distilled its messages to the primitive ones that maximize the odds of grasping that overtaxed attention span. This has made the internet into the natural habitat of the left.

The left was always better at hating than at any of the more positive emotions. It hates Sarah Palin or George W. Bush today much more than it loves Obama or Hillary. Its loves are fleeting, but its hatreds endure. Unlike the old lefties, it is far more passionate about what it opposes than what it supports.

Its real identity politics are not those of race or class, but of politics alone. The left cast aside religion and nationality to take on a purely political identity and on the internet, views are more real than race or country of origin. No one may know if you're a dog, but they do know what you like and what you hate and why those things make you an awful person.

The internet is the closest thing to its dream of a world without borders, but with denunciations and Red Guards trained in the intricacies of white privilege and meme manufacture to conduct the endless cultural revolutions. The implosion of the mass media outlets it once dominated led the transition to crowdsourced hate for the profitable clicks. CNN may be dead, but the Huffington Post is enormously profitable. Fake reporting the news no longer counts. Hate does.

The internet killed liberalism and empowered the left, it eliminated the center and made restraint into a losing strategy. In the old media model, limited safe content was broadcast to a disempowered audience that was assumed to be as mainstream and uncontroversial as possible. In the new model, targeted content is aimed at an activist audience whose idea of uncontroversial is content that mainstream audiences would find controversial.

A commercial that offends 99 percent of the audience who will say nothing or confine themselves to a few angry letters, but pleases the 1 percent of the radical left who will aggressively promote it on social media is a safer investment than a non-controversial commercial featuring traditional values that pleases the undemonstrative 99 percent, but enrages the activist 1 percent that will attack the company on Twitter and then cover those attacks in Salon, Slate and The Atlantic, and then cover that second wave of reaction in Time and New York Times blogs feeding it ever upward until the anger of a tiny 1 percent minority becomes the dominant narrative while the silent majority is ignored.

'If you're not outraged, you're not paying attention' has become the business model. 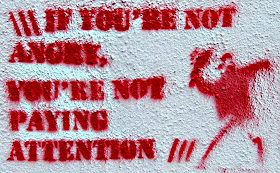 Activism empowers only a small obsessive slice of the audience, but in a setup where peer-to-peer
social sharing requires individual participation in passing along the content, instead of passively sitting there and viewing it, the fringe activist audience counts for more because engagement is the real medium. A social medium values active engagement over passive approval. Its messages, whether they are pure politics or entertainment, have to be of a kind that will be passed along.

If the message is the virus, it must cater to the most engaged carriers and since the ability to transmit the message defines which social organizations thrive and which do not, those social groups who are best able to transmit the message are most likely to succeed and the most abrasive messages and the most hateful groups have a leg up on the competition because the social evolutionary landscape favors their form of social organization.

That is the outrage machine, a distributed network of human nodes constantly flaring to life in the search for the designated victim, the criminal act of political incorrectness, whose sharing reinforces the political identity of the group. The left is defined more by hatred of everything outside its ideology than anything else and so it needs these moments, these Two Minutes Hates to remind its members of who they are as individuals based on their membership in the group.