The trouble with diversity is in the name. In every area of human endeavor, we prefer quality over quantity. If quality is not a straightforward measure, we make our selections based on our needs.

Diversity has no place in such sensible schemes. The purpose of diversity is diversity. It's not to make anything better. It's pure quantity over quality with the quantity being that of exoticism.

If the group of people you have employed or picked out of a stock photo to represent what your company might look like if it consisted entirely of stock photo models, isn't sufficiently diverse, then it's bad, regardless of how well it works.

Some of those differences are helpful in some lines of work. Some aren't. To tell the two apart requires thinking of diversity as a means which is different than thinking of it as an end.

Progressives pay lip service to the idea that diversity can be a means to better things. Diversity to them is an end in and of itself. Diversity is a ritual that expunges white privilege and reinforces the liberal hierarchy of the white man who lets the diverse peoples in all their magnificent diversity through the iron gates of the heteronormative racist patriarchy.

When diversity is an end, then it's a form of political correctness that makes a mockery of ability and achievement. Its only achievement is statistical.

But that's not precisely accurate.

Diversity is a means to their end of power. 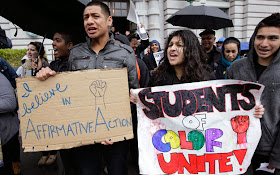 As bad as their ideology of diversity for its own sake might be, their practice of disruptive diversity is far worse since it rewards not accomplishment, but its opposite, the rejection of accomplishment and its deliberate sabotage for the sake of extracting special privileges.

Achievement depends on connecting effort, inventiveness and success. Disruptive diversity detaches efforts and inventiveness from success, replacing them with grievance mongering, identity politics and political connections. It is possessed of a tragic view of life in which all efforts are futile because the world is manifestly unfair and so good things only come to those who steal them from others.

The tragic worldview of disruptive diversity is not unique; it's commonplace in most of the more backward parts of the world. The cultures that disruptive diversity draws on are tribal or feudal, incapable of extending trust or kinship beyond close families, unwilling to alter rules or try new things and rejecting merit or outcome as absolute values against which to measure accomplishment.

Their cultures tend to be honor-shame and they steal casually because someone else's property rights are only an abstraction to them while their own rights are a matter of honor to them. They don't have firm morals or ethics. They instead do whatever they can get away with because in honor-shame cultures there are few absolutely wrong acts against individuals (though many against some ideal) that cannot be eliminated by killing them or negotiated away if they cannot be killed.

Stealing a cow or raping a woman is not absolutely wrong. Instead it is an act that brings shame to the victim and honor to the perpetrator. The negotiation process in honor-shame cultures does not remove the guilt of the perpetrator because he has none. It corrects the honor-shame imbalance caused by the act so that the humiliated party recovers some of his honor and avoids the need for a clan feud.

This ideal of stability is what they strive for. The success of one disrupts the honor of others. Those who come from such cultures do not believe in the legitimacy of success. All success is ill-gotten in cultures with few moral or ethical rules that mean anything. The progressive agenda of redistribution appeals to them. Progressives claim that property is theft. In honor-shame cultures, theft is property.

There are few things more toxic to a culture of accomplishment than people who think this way.

People from honor-shame cultures are not necessarily hopeless and they wouldn't be nearly as disruptive if the culture they were joining had a clear set of rules. In the absence of such rules, parts of London revert to Pakistan, parts of Michigan become Lebanon and parts of Paris become Algeria. Human culture isn't a vacuum. Diversity creates a vacuum that is filled by those who enter it.

Liberals often say that America is a nation of immigrants. This however is true of a great many nations. Immigration, like diversity, is not a neutral value. It cannot be an end for its own sake. America at its most successful was the product of achievement diversity. Today's immigration favors disruptive diversity by importing people who don't even accept the idea of accomplishment.

Europe has the same problem. It is facing an onslaught of disruptive diversity with all the expected problems arising from it.

Disruptive diversity has a political end. Achievement diversity could allow an Italian-Jewish mayor, French and German financiers, an Irish ex-governor and a whole lot of Mohawk Indians to build the world's tallest skyscraper in a year. Disruptive diversity creates a skyscraper sized pile of violence and fraud based on grievances that can never be pacified because the art of grievance is their end. 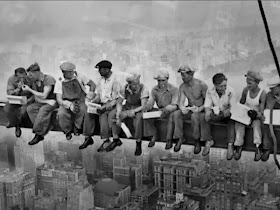 Achievement diversity makes things happen. Disruptive diversity unmakes things. It leads to a
political power structure in which almost nothing gets done and the politicians can skim off a hundred times as much off the top because no one will even notice.

Allowing the left to hijack diversity was a mistake. It's not diversity that the left stands for. It's disruption. Its strategic advancement of diversity is one means of achieving its larger goals.

Diversity can be a strength when it is based on compatible values. But a diversity of clashing values that are completely incompatible is a recipe for disruption, misery and violence.

A diversity that leads to growth can only be a diversity of achievements; not a diversity of failures, hatreds and resentments.
Daniel Greenfield at January 05, 2014
Share