Our technocracy is detached from competence. It's not the technocracy of engineers, but of "thinkers" who read Malcolm Gladwell and Thomas Friedman and watch TED talks and savor the flavor of competence, without ever imbibing its substance. 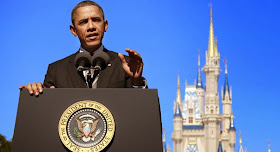 These are the people who love Freakonomics, who enjoy all sorts of mental puzzles, who like to see an idea turned on its head, but who couldn't fix a toaster.

The ObamaCare website is the natural spawn of that technocracy who love the idea of using modernity to make things faster and easier, but have no idea what anything costs or how it works.

It's hard to have a functioning technocracy without engineers. A technocracy made in Silicon Valley with its complete disregard for anything outside its own ego zone would be bad enough. But this is a Bloombergian technocracy of billionaires and activists, of people who think that "progress" makes things work, rather than things working leading to progress.

Healthcare.gov showed us that behind all the smoother and shinier designs was the same old clunky government where everything gets done because the right companies hire the right lobbyists and everything costs ten times what it should.

If the government can't build a health care website, how is it going to actually run health care for an entire country is the obvious question that so many are asking. And the obvious answer is that it will run it the way it ran the website. It will throw wads of money and people at the problem and then look for programs it doesn't like to squeeze for extra cash.

The Navy had to be cut to the bone and the Benghazi mission had to make do without security so that a Canadian company which began employing a classmate of Michelle Obama's could score over half a billion to build a broken website. Obama mocked Mitt Romney's criticism of his Navy cuts by telling him that we don't fight with bayonets and horses anymore. Bayonets and horses are outdated. In our glorious modernity, we spend fortunes to build websites that don't work instead.

Modernity has to be built. It has to be constructed brick by bit by rivet by cable by people who know what they are doing. Modernity without competence is as worthless as the ObamaCare website which looked pretty enough to give the illusion of technocratic modernity, but didn't actually work.

Competence is the real modernity and it has very little to do with the empty trappings of design that surround it. In some ways the America of a few generations ago was a far more modern place because it was a more competent place. For all our nice toys, we look like primitive savages compared to men who could build skyscrapers and fleets within a year... and build them well.

It's our very hollow modernity that gets in the way of our truly being modern. We can no longer build big things because the ability to implement vision on a large scale no longer exists. We can still do impressive things as individuals, but that's also true of Kenya or Thailand. And in China, they can carry out grandiose projects, but those projects have no vision or competence.

We used to be able to combine the two by competently implementing grandiose visions, but our "modern" culture is the roadblock that prevents us from working together to make the great things that we can still envision individually.

Our modernity is style rather than substance. It's Obama grinning. It's the right font. It's the right joke. It's that sense that X knows what he's doing because he presents it the right way. There's nothing particularly modern about that. In most cultures, the illusion of competence trumps the real thing. It's why so many countries are so badly broken because they go by appearances, rather than by results.

The idea that we should go by results, rather than by processes, by outcomes rather than by appearances, was revolutionary. For most of human history, we were trapped in a cargo cult mode. We did the "right things" not because they led to the right results, but because we had decided that they were the right things. There were many competent people, but they were hamstrung by rigid institutions that made it impossible to go from Point A to Point B in the shortest possible time. 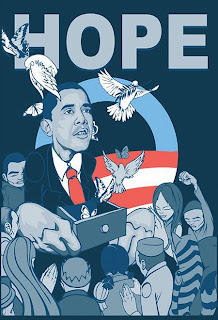 And we're right back there today. The entire process of ObamaCare was the opposite of going from Point A to Point B. It was the least competent and efficient solution every step of the way. There was no reason to think that its website would be any better. The process that led to it being dumped on the American people was completely devoid of any notion of testing or outcomes. It was the right thing to do because... it was the right thing to do. It was cargo cult logic all the same. So was its website.

Healthcare.gov, like ObamaCare, was going to work because it was "good". Its goodness was by some measure other than result. It was morally good. It was progressive. And so the deity of liberal causes, perhaps Karl Marx or Progressia, the Goddess of Soup and Economic Dysfunction, would see to it that it would work. Karma would kick in and everything would work out because it had to.

This brand of magical thinking was once commonplace. It still is. And it's why things so rarely work out in some of the more messed up parts of the world. But the sort of attitude that would once have made anthropologists shake their heads is now commonplace here. Savages in suits, barbarians with iPads are certain that things will work because they have appeased the gods of modernity with their fonts, they have made a website that looks like a functioning website. And like the cargo culters who built fake control towers expecting planes to land, they thought that their website would work.

Competence is built on the unhappy understanding that things won't work because you want them to, they won't work if you go through the motions, they will only work if you understand how a thing works and then make it work by building it, by testing it and by expecting failure every step of the way and wrestling with the problem until you get it right.

That's modernity. It isn't glamorous. You can see it in black and white photos of men working on old planes. You can see it in the eyes of the astronauts who first went to the moon. You can read it in the workings of the men who built the longest suspension bridges, laid undersea cables and watched their world change. They were moderns and their time is done. They have left behind savages with cell phones who make decent tinkerers, but whose ability to collaborate falls apart in large groups.

The difference between savages and civilized men isn't that savages are dumb and civilized people are smart. Savages can individually be quite clever within their parameters and civilized folk can be quite stupid. It's the ability to extend that intelligence in groups that makes for a civilization.

Savages cannot work together. They can fantasize, but they can't build anything bigger than a small group can manage. Savages are warriors, but not soldiers, they are tinkerers, not engineers, they are inventors, not scientists, they cannot work together on a large scale and thereby push past their own limitations as a culture and grow. They may have individual geniuses, but they cannot pass on what they learn.

We have not yet been reduced to savagery, but our incompetence increases in large groups to such a staggering extent that it often seems not to be worth the trouble. Individual geniuses can occasionally carry large groups on their shoulders, micromanaging them, terrorizing them and motivating them, the way that tribal chieftains do, but without that singular personality the whole thing collapses.

The United States government is the ultimate giant unworkable mess. It is a living cargo cult where everyone marches around following routines that are supposed to yield great prosperity, but never do. The processes themselves are broken and make no sense, but the cargo culturers of the government cannot and will not hear that. They know that the government will magically make everything work. 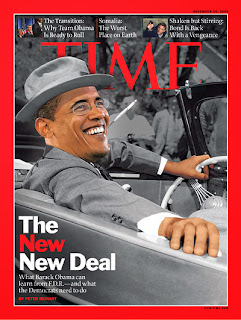 The cargo culters on the islands, who once witnessed the might and power of the American military during WW2 make American flags and uniforms, they build airstrips and wooden control towers, and wait for the planes to land and make them rich. They don't understand why these things should work, but they do them anyway because that is how they remember it happening.

Our own cargo culters invoke FDR and JFK, they talk about the New Deal and the Great Society, they make grand promises and roll out big programs, and then they wait for it all to work. They don't understand themselves how or why it would work. But government is magic and the appearance of a thing is just as good as a real deal.

Build a website and it will work. Pass a law and they will come. Get a degree and you're competent.

There is no need to know how to do a thing. You don't need engineers or competent men. All you need to do is remember the great dreams of the past, listen to a few inspirational JFK speeches and then carve a computer out of wood and wait for free health care to arrive.

In cargo cult America, the food is free, the cell phones are free and the money can be printed forever because government is magic.
Daniel Greenfield at October 27, 2013
Share