The peculiar thing about the new iPhone, aside from all the homeless people standing on line for it, is that it is really one of the last drops of a social revolution that began when amateurs started tinkering with kits that have as much relation to a smart phone as the Wright Brothers plane has to an Osprey. 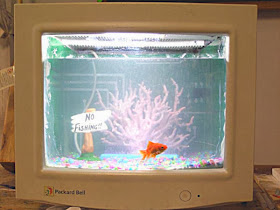 The computer revolution wasn't a accident. A society needs its frontiers and by then one of the few frontiers remaining in America was the abstract conceptual world inside a metal box. It would take decades until that abstract world became concrete and we were all living inside it. Its final revolution was to eliminate the metal box. Or least to make it as portable as possible. But by then the things in the real world that the box was supposed to take you away from were already inside it.

The America of the tinkerers was already narrowing down a great deal. By the nineties, a lot of the people were ready to climb into the box. In the teens or whatever we're calling this decade, everyone is in the box and waiting on line for a slightly improved version of the box. Or hoping that there's a box within the box so that like a set of Russian nesting dolls, we can vanish into an even less understandable universe in our minds before the authorities, political, corporate and cultural get there.

The revolution was really the escapist ending of Brazil with millions of people humming to themselves having won a brief victory over their pursuers, even if the victory is only in their minds.

Can you imagine flying cars in a country that outlawed lawn darts and has gun control fits every time a shooting happens? A real space program run by a government that can't get anything done and is out of money? Food pills in a society whose food neurosis now extends into the Oval Office?

The frontier has closed. The tinkerers found a new one in a metal box and for a while the internet was a new frontier. But that was before Facebook and Instagram and Twitter. It was also before Amazon and Google. It was when web pages were randomly thrown together and when the internet looked  like an anarchic bulletin board of entertainment value, but not deep meaning.

You passed by there. But you didn't live there. It added a dimension to life, instead of the overlay that it throws down over your day.

The internet is much more of a loop these days. A series of links leading to the same place. The one story that everyone is talking about. The Google search that focuses on trending topics by default so that when you type in Sudan, the only results will be what happened in Sudan a few hours ago, with the Sudan before it existing only as a lone Wikipedia entry. The sites that track your habits and show you only what you're interested in. Even as it's getting bigger; the internet is contracting.

The contraction of the internet mirrors that of the society. It's gotten dumber as it's gotten bigger. The amazing things on it that you're linked to are less likely to be a thought and more likely to be two dozen randomly plucked photos of Africa presented as linkbait on a site that stole it from twenty other sites. Everything is awesome, amazing, world changing and will totally make you lose it.

The computer has become distilled down to the internet. Google bet hard on that with Chromebooks. Eventually the different platforms will fall away and the only difference between Macs and PCs will be the color and shininess of the box running the same applications.

The internet stopped being an experiment a while back. It's a finished product. And like television, the product is your time. Getting it is a science. The professional website, like a casino, is expert at the science of wasting your time while giving you as little value as possible. It knows exactly what people will click on and how to get them to keep clicking in the loop that leads to affiliates and the best way to cash in on all that. And yet outside all that noise and clamor, revolution is possible.

Steve Jobs didn't make the iPhone what it is. The apps did. To see what the iPhone would have been like today without them, pick up a Windows Phone. It would be a slick device with some decent functions, but no room to grow. 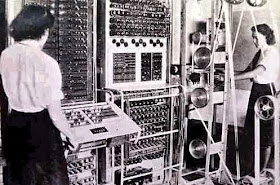 The iPhone is a platform for apps. So is its Android rival. The difference is that Google knows that while Apple still pretends that it has to come out with some new revolutionary product.

The PC was what it is was because it was a platform for programs. Windows has never been more than a means of running programs well or badly. But Microsoft, in a fit of Apple envy, decided to embrace a new vision with Windows 8. It wanted to be Apple. And it did that at the expense of the open desktop. And it's paying the price.

The internet's more revolutionary possibilities involved the escape from control. Some of those possibilities are still there, but they are fading as the abstract becomes concrete and the same forces that eliminated freedom in the old real world are doing the same thing in the new digital world.

The internet was always destined to become a mirror of our societies and that meant that it could never serve as an enduring escape. The rule of the nerds who helped shape it was always going to give way to the corporations looking to monetize it, the governments seeking to exploit it and the masses who just want whatever the corporations and governments tell them to want. But most of all, the same forces that shaped our society would come to shape the internet.

The leverage that it provides to revolutionaries of all kinds is not itself enough to overcome the inertia of those forces. And that is what makes the power struggle uneven. It is the determined blandness of political correctness, the leftward tilt of content creators manifesting in a thousand ways and the limitations of the medium to do anything but win by sinking to the bottom.

That whole teeming world, enclosed in a small plastic rectangle, is our society abstracted, stripped of nuance, of anything but id and rendered down to an easily accessible form, is no longer an escape, it's an unlovely mirror of our failures as a society to find a frontier and make it our own. The technology is revolutionary, but it's a revolution constrained into smaller and smaller boxes, into narrower corners, from operating systems to app stores and from there to what further hub of central control?

Compacting the world into a box did make for revolutionary possibilities. It still does. But the possibilities of control in a simplified world are greater than those for freedom. That is what the revolutionaries never entirely understood. The more the real world could be mapped into the box, the more controllable the box and the world outside it became.

The social media revolution was a giant leap forward in achieving that mapping, in interlinking the worlds inside and outside the box, in defining, pinning and maintaining the citizenship of the web.

Our technocracy is an unholy mashup of liberal social programs and dot com whiz kids learning the joys of bribing public officials. Cass Sunstein's nudge is the perfect government concept for the dot age. It's slick, it's creepy and it's about indiscreetly manipulating people. 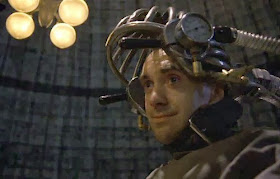 These sorts of Freakonomics gimmicks have become the ubiquitous way for the anti-social to
understand people. They are the politician's version of the amateur hypnotist's kit, the rules for making men/women do what you want and the entire social engineering handbook that the nerds were playing with at the same time as they were tinkering with circuit boards.

And it has gotten only worse since.

The shiny metal box has been incredibly disruptive, but disruption alone is not revolution. And once you climb into a box, it can be hard to climb out again.
Daniel Greenfield at September 25, 2013
Share