Death of a Naked Liberal

In 2010, Newsweek was sold for a dollar and it has been devalued since. Its corporate owners have called buying it a mistake and a fool's errand. Around the same time last year, Newsweek marked a major milestone. The loss of 2.5 million readers in ten years. Since then it lost another million leaving it with about the reading population of a small city. 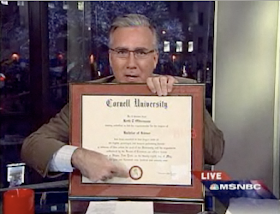 Meanwhile MSNBC isn't doing any better. It lost a fifth of its viewers since last year and it still can't decide if it's a network of angry idiots screaming at the camera (Chris Matthews, Al Sharpton, Ed Schultz and Lawrence O'Donnell) or snide aging college kids making wisecracks about Republicans (Rachel Maddow, Chris Hayes). Neither format is working all that well and at this rate MSNBC may want to look into bringing Keith Olbermann, who combines both demographics, back for another run.

Newsweek and MSNBC will both attribute their bleeding readership and viewership to the internet, but that doesn't explain why they're both doing badly there as well. MSNBC was caught hiring bots pretending to be young women to pump up hashtags for its hosts and Newsweek's fusion with the Daily Beast didn't save it either. Its final print issue carried a hashtag implying that the web had done it in, but the internet wasn't to blame.

Neither do Newsweek and MSNBC suffer from a surplus of class. Newsweek's desperate covers last year amounted to a formerly respected magazine descending into outright trolling. It was no longer possible to tell the difference between Newsweek covers and Newsweek parody covers. And certainly Tina Brown has never been accused of a surplus of restraint and good taste. On the MSNBC front, no news network which includes Al Sharpton trying to read from a teleprompter can be accused of betting on class.

MSNBC tried to be FOX News for liberals and Newsweek tried to be the Huffington Post with a print edition. They didn't outright fail at the job, but they couldn't succeed well enough either.

The dirty little secret of liberal media is that it doesn't work. Outlets that identify explicitly as liberal usually play to a very marginal audience. Mother Jones begs money from its readers in the same obnoxious way as PBS. NPR relies on donors. The New Republic is flailing. Liberal mags that succeed do it by focusing on a topic that overlaps with a liberal target audience and embeds their articles there.

It works for magazines like Rolling Stone and the New Yorker. Online sites like Huffington Post and Buzzfeed succeed by filling themselves with so much trash that the politics becomes a sideline. The liberal brand is fine when it's stuffed into culture, elitist or trashy. It doesn't however stand on its own two feet. It can't, because it has no real appeal.

Liberalism remains marginal. Gallup polls invariably show forty percent of Americans describing themselves as conservative and twenty percent or less identifying as liberal. Liberals dumped the liberal brand after conservatives effectively destroyed it back in the Reagan era. They emphasize policies and rhetoric over political identification because a liberal political identity is toxic.

The cultural dominance of the left did not come about because a majority of Americans knowingly identify with it, but because the left has succeeded in breaking up its agendas into tinier and tinier pieces and making them part of the national dialogue using seemingly agnostic media channels. These stealth tactics have been successful because they eschewed open identification. Liberal media doesn't work when it's transparently liberal. That's why even liberals mock NPR's news coverage.

Liberal media influence works when it isn't identified as such. And when it is identified as such then eighty percent of the country switches the channel and cancels its subscription. And then liberals realize that they are preaching to the choir and dump the whole thing as a bad business. MSNBC's overt identification with a liberal agenda allowed viewers to see how little of a difference there was between a liberal news channel and the "objective" mainstream news media.

MSNBC exposed millions of people to what actual media liberals sound like when they take off their disguises and begin talking about their agenda. It allowed a level of honesty that was rare in a media landscape where stealth liberalism is delivered using biased reporting that advocates for an agenda while claiming that there is no advocacy or agenda, only common sense solutions to problems that will never be repeated again. 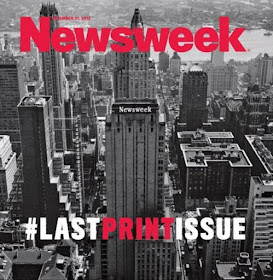 It's the agenda that has always been the issue. What conservatives understand and most of the country does not, is that the issues being debated are not singular events. It's not just about an individual tax hike or gay marriage or background checks for gun owners. It's about a larger agenda being put into place piece by piece. And that agenda is the ultimate taboo topic. It's the thing we aren't supposed to talk about.

Watch a media report on any issue and there is never any identification or agenda to the left. Liberal activists are just activists. Often they are described as mothers or grandmothers. They don't have a larger plan. They would just like us to ban something dangerous, raise taxes, protect our oceans and make the country more equal. There is no policy platform. No larger set of demands hiding behind the ones being made right now. And most of the country accepts this deceptive coverage at face value.

MSNBC however churned out naked liberalism. It showed career radicals like Melissa Harris-Perry discoursing on just what the agenda is. And that's fine for Mother Jones, but it isn't something that liberals like to see out in the open. And it's not something that even many of them want to spend too much time thinking about because understanding what they have truly climbed on board with can be a troubling and alienating experience.

Naked liberalism makes even liberals uncomfortable. It's why they get uncomfortable hearing the self-righteous voices on NPR. It's too much like looking into a mirror and the things in the mirror are surprisingly unsettling. Hearing a Keith Olbermann or Jon Stewart tear into Republicans was one thing. Opposition is always safe ground. It's when the talk begins to turn to what you stand for that things begin to fall apart.

Newsweek and MSNBC had made the mistake of going "Full Liberal" and not only is there a much smaller liberal audience, but that audience doesn't really like naked liberalism. It would rather see its agenda dressed up in mainstream colors than see it for what it really is. It may occasionally dive into the partisan pool, but then it gets out again.

Conservative media outlets exist as alternatives to a dishonestly liberal media establishment. But what can liberal media outlets exist as alternatives to? All they can do is speak openly about the agenda that their big brothers choose to pass off as mainstream activism and when you already control the dialogue, there's not much of a percentage in sudden bouts of honesty.

The liberal agenda relies on manipulation and deception. It can sell quite well so long as no one knows what they're buying. But label the product with the liberal brand and it stays on the shelves. New media bastions of liberalism camouflage themselves with trash. They talk politics without letting on that they're talking about politics because that admission is the death knell of everything. 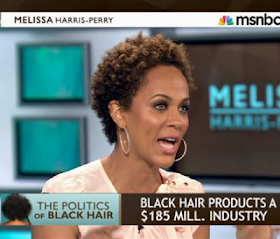 Liberalism's disproportionate influence depends on not being identified for what it is. That is why it is so panicked by right wing talk show hosts, not because of their rhetoric, but because they identify a clear political struggle between two political agendas and categorize both sides. And that forces the recognition that there are two sides, disrupting the illusion of anchormen and editors as objective observers and narrators of America.

What media liberals fear most isn't the right, it's being exposed as the left. It's not so much what FOX News says, as its very existence that is threatening, because once viewers become aware that FOX represents the right, then, even if they don't agree with it, they have to come around to the conclusion that there is another side and that the media embodies that other side.

Liberalism is marginal, as is MSNBC's audience. Media outlets like Newsweek and MSNBC that go full liberal die. And that lesson has terrible implications for liberal power as a whole.
Daniel Greenfield at May 29, 2013
Share