The Road to Oligarchy

Regardless of how many wars on poverty are declared and how often calls are issued to make the rich pay their fair share, neither the rich nor the poor will be going anywhere anytime soon. The question is what forces will keep the poor impoverished and where the rich will derive their wealth from. 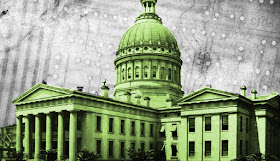 The founder of Subway recently said that he could not have started up his company today. Similar messages have come from the founders and heads of other major companies. That isn't to say that companies will cease to exist. What we think of as business has been changing for some time.

In most countries, starting a business does not begin with a great idea. It begins with connections. Knowing the right people is still important, but in most places it's the most important thing.

Under the current American model, a company becomes successful and then begins to lobby Washington to gain a competitive advantage or to avert hostile lobbying directed at negating its existing competitive advantage. That is a perversion of free enterprise, but in much of the world companies begin lobbying first and then become successful. This is the model that has evolved under Obama. And it's a familiar model to anyone doing business in Russia or China. Political connections come first and then the business becomes feasible.

Oligarchy is the inevitable outcome of an economic climate where the governments acts as a gatekeeper to the country's customers. Measures that began as limited safety and fraud regulations have become a comprehensive political economic system that controls every aspect of every economic transaction.

The government creates markets. It creates companies and customers. It sets prices and taxes industries that it does not favor out of business.

Tactics like these aren't new. The Esch Act eliminated white phosphorus matches through a punitive tax back in 1910. But a century later, the government wiped out the incandescent bulb industry, not for health reasons, but to comply with a trendy ideology. Microsoft, which had hardly bothered to lobby before, was dragged to Washington on monopoly charges that Google, the ultimate dot com insider, today laughs off. And Microsoft learned its lesson, investing in sizable amounts of lobbying capital.

The government is a bigger factor in business models for both large and small businesses than any other. Whether it's struggling against the mountains of paperwork or looking for ways to profit from the latest regulations, business has come to be defined by government. The tier of governments at every level have accumulated huge amounts of wealth and power. Government power is used to control how business is done while government spending makes political officials into the country's biggest consumers.

The fusion of business with government leads to oligarchy. The rich are not going anywhere, but wealth becomes a factor of their government connections, rather than skill or even inheritance. Government control over business began under the banner of combating monopolies only to end by creating government monopolies. The war against income inequality will end the same way and with the same results as the oligarchies in Russia, China, Mexico and everywhere else. 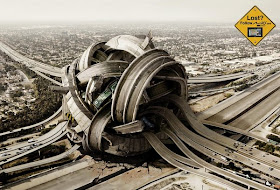 Income inequality will be huge with oceans of poverty and small islands of wealth locked away behind gated communities. Populists will promise power for the people, only to make the system even more corrupt. One company or one boss will be brought down, only to be replaced with the favorites of another party.

Most of the money in the country is in the hands of one of these three groups. The tycoons control the white market. Organized crime controls the black market. Government controls the monetary supply and collects tribute from both markets, officially and unofficially. This is a closed system with very little room for dynamism except through outside intervention.

In an oligarchy, walking in and starting your own business is not really an option. The first bar that any new business has to meet is that of connections. The second bar is the interests of the oligarchy. You don't start a car company if the oligarchy's titans have a lot of money invested in a buggy monopoly. The car company will be either burned out or legislated out of business. Conversely, if you pick your moment, you can get a monopoly on that new foreign automotive technology if you know the right people and spread the right amount of bribes around.

The oligarchy safeguards established interests. It is a mafia whose goal is to control and profit from all wealth. Even when it comes to power as the result of a revolution, it very quickly discovers its own established interests. Its members will knock each other off, but they all agree that the basic nature of the system should not change. What they fear most of all is the collapse of that system.

There is plenty of money to be made in an oligarchy, but there is very little forward motion. New things do not emerge out of an oligarchy of union guilds, politically connected tycoons and politicians who derive their power and influence from their connections to both. Once a new thing exists, then the oligarchy will find ways to profit from it and even improve it, but there is no progress from within the oligarchy.

There is also very little social mobility. Human ingenuity can allow people to become wealthy under nearly any set of circumstances, but it's a good deal harder to do it under an oligarchy. Oligarchies have enough instability that it is possible, but those individual stories of making it up from the slums are usually isolated incidents. The majority of slum-dwellers stay in the slums and become involved with a political faction if they want to improve their lives.

In the oligarchy the wealthy form a natural aristocracy, but it isn't an aristocracy of talent, it's the accretion of closeness to power. This aristocracy changes in composition with revolutions, but its nature remains the same.  It is a collection of the people with the best lobbyists, the best bribes and the closest cultural ties to whoever is in power. Any member of the oligarchy can have his wealth and influence stripped away in minutes at the behest of the regime.

Even as American Exceptionalism declined, the remaining free enterprise aspects of the country kept the American Dream alive. For a while that American Dream, the ability to enter the country and move up the economic ladder became the sum of the nation. Generations of politicians reduced the meaning of the United States to a nation of immigrants where any new arrival could launch his own business and make money. 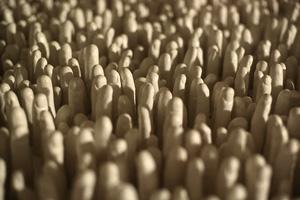 The rise of the oligarchy is foreclosing that dream leaving only the nation of immigrants struggling within a complicated political hierarchy for government handouts from a political movement that denounces some tycoons at the behest of other tycoons. It's the oligarchy at war for control of the dead present, even as it kills the past and the future to accommodate its plans.

It is the end of America and the rise of an Obamerica. Obamerica will still have great reserves of wealth, but on average it be far poorer and far less productive.

Obamerica will be known as a party country, a good place to buy the good things if you are one of the sons of the rich or are a tourist from a rich country. Obamericans will be described as sensuous and spontaneous pleasure-loving people. Obamerican cities will be violent, dangerous and exciting places full of decadence. Its slums will be full of drug dealers and child prostitutes. Most Obamericans will not believe in the future, but will cheerfully accept the misery of the present. They will hate the rich, but long to be in their place so that they can stomp on the poor. The old prosperous nation will be gone and in its place will be the oligarchy.
Daniel Greenfield at March 02, 2013
Share