Iraq and immigration have one thing in common. Both are founded on the assumption that national political philosophies can be universally applied to any population with the same results. 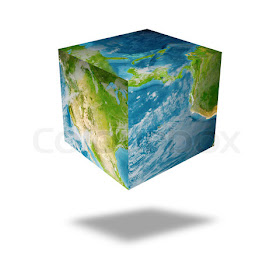 transformed through democracy insist millions of illegal aliens from countries every bit as violent and unstable as Iraq can be successfully transformed by giving them legal status and the vote.

Both assumptions were and are wrong. They are both symptoms of an internationalism that assumes  a favorite political philosophy that works in the United States can be applied internationally without regard for culture. And internationalism invariably undermines the nation by prioritizing an ideology over the rights and interests of the citizenry.

Internationalism is always unsustainable. Even the USSR was not able to sustain the call for a World Revolution for very long. Early efforts on the part of American radicals to champion anti-monarchial revolutions across Europe ended miserably with the French Revolution which threw its champion, Thomas Paine into a cell and marked him for execution.

The invasion of Iraq was an attempt to deal with a threat. The reconstruction of Iraq attempted to
transform it in accordance with the belief that democracy could be applied anywhere with positive results. Not only did democracy not stabilize Iraq, it destabilized it and turned it into a playground for every stripe of Islamists from Al Qaeda to the Iranian Revolutionary Guard with our soldiers caught in the middle.

Most Americans accepted the logic of removing a potential threat. And that phase of the Iraq War went cleanly and with relatively few casualties. But few Americans were interested in a prolonged exercise undertaken on behalf of the people we had just been fighting. They saw no national interest in making over Iraq in line with international ideals.

Democracy in Iraq attempted to apply the idea that political representation transcends cultural difference to the Middle East, even though it no longer even worked properly in the United States. The Arab Spring demonstrated conclusively that democracy in the Muslim world would lead to a majority rule that would preclude the human rights and religious freedoms of the minority.

But Iraq doesn't just stay in Iraq. Some parts of California now look like Iraq, as do some parts of Arizona and Texas. Mexican drug cartels have already turned Mexico into a broken dangerous place and they are moving north. El Salvadoran gangs have been here for some time and are expanding. Refugees from every conflict have come here bringing the roots of that conflict to the United States.

Muslim terrorism like the drug cartels is what happens when internationalists fail to realize that importing a population from a troubled part of the world also means that you are importing its troubles. Pro-immigration rhetoric speaks about bringing the best of other countries to the United States or the United Kingdom, but that has meant importing exotic cuisines and less exotic gangs.

Internationalism works both ways and it applies to the mistaken idea that national values are so broad that they can be applied universally to transform large foreign populations-- whether through our invasion of foreign countries or their invasion of our country.

Europe's growing Islamist minorities are already making basic freedoms impossible. Europeans are learning that they can have cultural freedom and a welfare state, or they can have high immigration, but they cannot have both. Immigration is forcing Europe to curtail religious satire, freedom of the press and its art scene. And it is overburdening its generous welfare system. If the process goes on, then European Socialism will have made its defining qualities extinct.

The European left blindly sticks to its internationalist principles while refusing to see the practical contradictions in its policies. It is so committed to its internationalism that it fails to understand that its political program developed in its nation states and can only exist within the context of its nation states and that a United Kingdom whose population is Pakistani will be a place more like Pakistan and less like the United Kingdom and that this will not be a change wrought merely in its cuisine or its language, but also its values.

Some libertarians in the United States are similarly championing an immigration policy that would eliminate any hope of implementing most of the political feasibility for their program. Like the European left, they insist on acting as if the innate rightness of their political philosophy makes all the practical objections to its implementation irrelevant. And yet the dogmatic implementation of political philosophies is exactly what made the Soviet Union and Communist China such nightmarish places. It is at the heart of so many disasters... including Iraq.

That is not to say that small government and democracy are not good things in and of themselves, but they are good things because they allow a decent responsible population rooted in rural areas to see to its own affairs.

Nationalists, unlike internationalists, do not need to embrace the left's cultural relativism to understand why the international application of national values fails. A value system that may be true in the absolute sense, may still fail when applied locally because a culture is not ready or able to live responsibly that way. 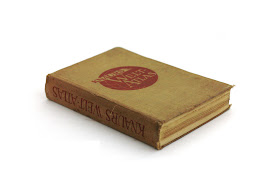 That is not to say that there should be no immigration and that we should never invade another country. But both invasion and immigration should be governed by the national interest, rather than by an international one.

An international interest believes that reforming another part of the world or adding diversity to ours is an end in and of itself. A national interest however looks primarily at how the the citizenry of the nation would benefit from such a step.

That would mean favoring immigration from countries with low crime levels and high education levels over countries with high crime levels and low educational levels. It might mean adjusting immigration policy with a view toward cultural stability and away from cultural instability. These factors should be put under the control of the citizenry who would be able to select policies that would make life better for them.

A national interest military action would strike quickly at terrorist outposts, whether through drones or rapid mobile troop deployments, and then pull back quickly again. Such actions would be more like the French action in Mali rather than the extended occupations in Afghanistan and Iraq. Such an action would need to have the approval of the people and their protection from a known threat as the rationale, rather than the unpopular massacre prevention wars of Clinton and Obama.

Wars that are fought in the national interest concentrate on destroying a known threat, rather than transforming populations. Their reconstruction is limited to rebuilding countries that are known allies, rather than trying to win over populations full of known enemies. Advocates of reconstruction rightly point out that instability breeds terrorist nests and outposts, but the scope of that instability is far too global for reconstruction efforts to be undertaken around the world.

The post-war reconstruction of Europe cannot be replicated around the world and trying to do so will only waste lives. The Cold War, defined at its heart by a massed array of tanks and infantry locked across the continent, made that effort a matter of national interest by building a coalition that could oppose the Warsaw Pact advance. But what we are up against now is not even Asian domino theory, but a reality that every Muslim population center is also a potential terrorist center.

Communism was a political ideology, but Islam is an existing embedded religion. We can favor non-Islamic over Islamic governments, but economic and political reconstruction will not convince entire populations to turn their backs on Islam, the way we might have expected them to turn their backs on Communism. And a reconstruction that leaves Islam in place is as futile as the hunger relief effort that Hoover led to the USSR. It is as useless as rebuilding Communist countries in the hopes that they will be moderate Communists. It didn't work with the Soviet Union or Iraq or Afghanistan.

And the same is true of immigration. Once an immigration policy results in native displacement, high crime rates and social dysfunction then it is no longer operating in the national interest, but in the international interest. And that is when it is time to put a stop to it.

Invasions or immigration should not be used to transform countries. The entire idea of national transformation is an internationalist creed.

The internationalist believes in harnessing global events to transform nations, then regions and finally the world, while the nationalist is concerned with conserving the prosperity and integrity of his own nation.

Nationalists need not be isolationists, but they should be wary of any political agenda which expresses itself in terms such as the international community or the common good. Nationalists believe in defined alliances between nations and in policies that are meant to serve the welfare of their own populations. When an idea is grounded in terms of imposing a universal idea on a nation then it will rarely end well.

Successful policies are national policies because they are measurable in terms of benefit and loss. Just 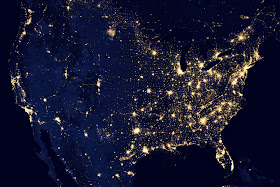 By measuring a policy against a constituency we can see it in terms of results, rather than ideals. We can decide whether the policy is a good thing or not because we can see how it affects people. And what is true for people is also true of nations. Internationalists all too easily lose track of people while obsessing over ideals. Nationalists can never afford to lose that mistake because their entire purpose must be defined in terms of known benefits to their people.

Democracy and limited government constrain policy to the human level. They resist the creeping internationalism that encourages leaders to think in terms of ideals rather than people. Nationalism similarly constrains the international policies of a nation to the human level of its people, measuring activities such as wars and migrations to the level of its people, seeing their real impacts rather than the ideal impacts on the people.
Daniel Greenfield at March 25, 2013
Share