You Cannot Be More Liberal Than a Liberal

So after a long bout of mocking Mitt Romney for saying that he sought out binders full of qualified female appointees, complete with protesters outside one of his campaign offices dressed in binders, the appointed hour came and the new cabinet of the man who was too good for binders of women was white and male. 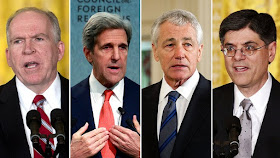 There was some awkward fidgeting in the media. A few suggestions that maybe there should be a little more diversity. And that was followed by the new official talking point that diversity doesn't matter, it's all about the impact of the policies. Suddenly the Party of Affirmative Action began making conservative arguments for merit and representation, over racial preferences.

To some this was proof that liberals don't really believe in anything. And that's true and it isn't.

Modern American Liberalism is the movement of a wealthy white upper class meant to suppress the working class and the mercantile class. Think of it as the revenge of the barons against the merchants and the wrath of the old New England elites against the Nouveau Riche. It adopted the Jewish and Catholic immigrants who accepted its values and codes. It even occasionally brings in more exotic figures, like Barack Obama, so long as they have gone to the right schools and share their values.

Liberals champion multiculturalism, they enact diversity requirements and push through immigration, and then they send their children to private schools and buy houses in white neighborhoods. They are mostly unaware that they are doing this. They're just doing what comes naturally. Like most people, liberals are most comfortable among their own kind.

Their kind is not so much a racial group, as it is a cultural one. If you've ever set foot in a liberal stronghold, then you can already recognize the very expensive casual wear, the cars with progressive bumper stickers, the beaming helicoptered children, the reusable bags and the other markings of the American upper class. The one that may spend 5 years slumming it in a big city, gathering tattoos and experiences, before retreating to the traditional comforts of a posh suburb and a high end do-nothing non-profit job.

They emphasize minorities, but most minorities, especially after the passing of the melting pot that another generation of liberals implemented, don't fit all that well into the cultural liberal landscape. It's why Obama plays golf, even though he's bad at it. It's why his campaign staff and his cabinet leans toward the same white males who still run most things, including liberalism.

Liberals have varying degrees of awareness of this, ranging from aggressive denial to passive denial, much as conservatives have some degree of awareness that FOX News personalities are likely more liberal than they pretend to be. And like most such conflicts, the information gets filed away in favor of focusing on a more immediate problem.

The diversity that could be seen in a photo of Cheney on September 11 or Romney's appointments are completely meaningless because you cannot win an argument with a liberal by being more liberal than him. It's fun to try, but it doesn't actually work for the same reason that you can't be more Catholic than the Pope.

The liberal program is not just diversity. It's a grander and vaster program. And those who promote the program can violate any single aspect of it, without facing any consequences or contradictions, so long as they remain valuable players.

Bill Clinton could act out the bad part in every sensitivity training video. Obama can pay women less. Harry Reid and Hillary Clinton can make racist jokes. Obama can govern through Executive Orders and start illegal wars. So can any Democrat. None of that matters because they're all plays in the big program. And the "Big Program" means a new world with good stuff for all. Accomplishing it means ignoring the little sins that would lead to any little person being lynched, jailed or denounced.

Liberals are busy lining up to defend Chuck Hagel, a former Republican who hated homosexuals, opposed abortion and on most issues, aside from foreign policy, was fairly conservative. But that doesn't matter because Hagel is now on Team Prog. Local interest groups may object, but the liberal purpose in having Jewish or Gay or Female auxiliaries is so that they can support the larger program. When they don't support it, they're told to shut the hell up.

Conservatives can be more diverse than Liberals, but that won't score them any points because it's not really about diversity. They can be more Feminist or more Gay-friendly or more environmentalist. And they will only be mocked for it. Because liberalism isn't about any of these things, it's about the package deal. The only way to out-liberal a liberal is not on any single value that he claims to profess, but on every single one of them. And at that point you become a liberal. 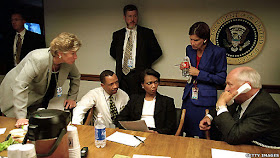 The left does not have any fixed values. It only has values of convenience. A conservative politician who has an affair is derided for breaking with a concrete moral code. But no such moral code is there for the opposite side. Not on any issue.

Radical groups cannot afford to be bound by morals. The 9/11 terrorists went to a strip club. Al Qaeda and Hezbollah run drugs. But those things are fine because they're working toward a big program. And when you work toward the big program, the little stuff falls away. Like everything else they do, it's just a little evil for the sake of a greater good.

The American left is mostly legal now, but it thinks like an insurgency. It keeps two sets of values, it lies to itself and to everyone else about what it is and what it is doing. And those bad habits, garnered from European radical movements have flowed into the cultural veins of American liberalism leading to consistent inconsistency and showy hypocrisy.

Like Communism, there is only one big program and no mandatory practices that might get in its way. There are a billion rules, regulations, laws, guidelines, mandates and assorted rubbish heaps of paper listing the things that you are supposed to do and in what orders, but none of it really matters except to the little people who are forced to obey.

Membership has its privileges. Not at the lowest ranks, but moving up the ladder means that you are valuable enough not to have to follow your own movement's idiotic rules. The peons may spend more than they can afford to keep down their heating bills, but their betters take jet planes around the world to lecture on the dangers of global warming. The peons may worry over whether they have sufficient awareness of their privilege, but their betters will make racist jokes and chase every woman in the room.

Hypocrisy is the outcome, but in a totalitarian system it's also the point. When there are too many rules, then power becomes the privilege of not having to abide by them. And hypocrites are usually the loudest shouters on any given issue, because loudly denouncing everyone else is the surest way to advance up the ladder and to avoid being denounced for their own shortcomings.

This pattern of hypocrisy is accepted on operational grounds. An official position on sexual harassment is replaced with one that focuses on the outcome of making feminist policies possible. An official position on diversity is traded in, once again, for the outcome. And under the rule of hypocrites, the outcome is all that counts. It's always the ends justifying the means until it turns out that the ends are power and the means are also power and the circle has closed itself.

What you cannot be, however, is more liberal than a liberal on any issue because there is no such thing. The issue is a means. Diversity is a means of creating a base that is dependent on the liberal elite and loyal to them. So are unions, and just about every liberal policy there is. And the means cannot be used to subvert the ends.

The diversity of Bush or Romney is viewed as a means, a collection of tokens, because that is what it is on the liberal side. And even if liberals believe that Bush and Romney are sincere about diversity, diversity, a mere means, cannot be used to subvert an end, that being the entire liberal program.

Republicans who try to adapt to liberal values are pursuing a dead end. Liberal values only serve liberals, especially in the teeth of a liberal media. They cannot be used to serve or promote someone who is not. And consciously adopting those values and highlighting that adoption is a dead end. It's worth doing if it's the right thing, but the other side will just sneer and mock because values to them are not tests of character, but weapons, a means of producing programmed responses. 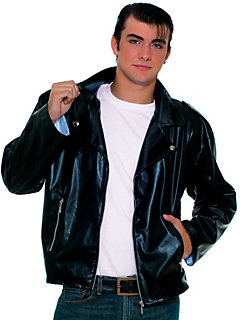 Liberal values are not a creed, but an attitude. They are a manner and a hipness. They are a matter of having read the right books and gone to the right schools. They are not about what you do, but how you go about doing it. They are a show of conspicuous morality made cool by the glare of the flash.  And the moment you think you know what their codes of behavior are, they will change them to be even more progressive, because the one thing that old elites stick to is finding ways to keep the nouveau riche out.

Liberalism is not so much about knowing, as it is about not knowing. It is about the knowingness of pretending to know more than you do. It is about the empty gesture, the loud protest and the snide remark. It is knowing that you are better than everyone else because of your humility. It is about committing to something so big that nothing else matters and so nothing else does.

You cannot beat a liberal with a liberal, just as you can't try to outcool the sneering standing outside a 7-11 waiting for someone to come by so he can sneer at him. Trying it, wastes time and cedes valuable values territory to people who have none of their own. And like arguing with an idiot, trying to win a values contest with someone who has no values, only ends up making the man with values seem like a fool.
Daniel Greenfield at January 16, 2013
Share