With a Pocketful of Democracy

The age of the encyclopedia salesman and the vacuum cleaner salesman peddling heavy bundles of books and snakelike cables door to door is done. But the age of the democracy salesman has taken its place. 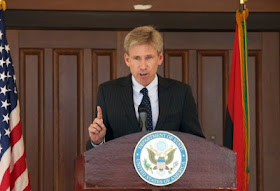 No longer do bright young lads tote along everything there is to know about the letter E in one omnibus volume or demonstrate how the latest Suck-O-Zoom can get stains out of any carpet as an introduction to the wonders of free enterprise. Instead, if they haven't been sidetracked by the siren lure of the dot com or the minimum wage job, they, like the late Christopher Stevens, jet off to foreign climes with FDR's Four Freedoms under one arm and a local dictionary under the other to convince the natives that their lives will be freer, brighter and shinier with the Demo-O-Vote as the arbiter of their holy wars.

Like a lot of salesmen, the democracy salesman has never really stopped to wonder why any of his prospective customers should want to buy democracy for only twelve easy payments of bloody civil war? Born in a society where democracy has been idolized for the last century, where cleanliness and godliness may have gone by the wayside, but democracy is still one of those faded old virtues that the arbiters of the Living Constitution haven't taken out back and put a bullet in its head in between elections and commercial breaks, they have never thought to consider that anyone might not want their democracy.

In an amoral society, democracy is one of the few things left to us by dead white men that is held to be a virtue, rather than a vice. It goes unquestioned because to most people it represents the power of the common man over his rulers, even if the common man no more rules his rulers than he did some two-hundred years ago. But democracy for the grandfathers of the salesmen goes deeper than fact. It represents a classless society where one man is as good as another and there are no lords or kings.

This however is not the effect of American democracy, it is rather the cause of American democracy, particularly in its Jacksonian flavor. And that old Scots-Irish flavor can be served locally, but it can't be exported. The ballot box is not a society of rugged individualists, it is not a classless society where no one bends a knee before lords or the ascension of the common man. Those are features you can see in the showroom, but they don't come with the device.

In our democracy salesmanship we never really troubled to ask ourselves why the Muslim world would want democracy and what it would do with it. Saddam Hussein bought 4000 Playstation game consoles, not because he was trying to train suicide bombers on copies of Sonic the Hedgehog, but because some of its components could be used in weapons. Those Muslim groups most interested in democracy were looking to weaponize it as well.

The innate assumption in that use of "the people" as applied to people of different religious and ethnic backgrounds is very American. When used by the left, "the People" carries it with the ominous resonance of a collectivization that transcends all individual attributes. But when used by that old fashioned creature, the pre-post-America 'American'  it throbs with the assumption that the people of a free society will unite around their freedoms, rather than around their identities. That assumption may be outdated, but it is still what we expected Iraqis and Egyptians to do. And our salesmen never really got around to asking what being a people meant to Iraqis and Egyptians, rather than Americans. 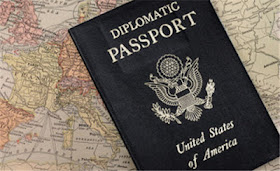 There is no conflict between Assad and the Syrian People, because there is no Syrian people. There are Neo-Shiite Alawites and Sunni Salafists battling it out in the ruins of major cities, over the bodies of Christians, to decide who will rule Syria. The Sunni Muslim Brotherhood might win an election, but that election would not elevate it as the choice of the people, but as the choice of a sectarian coalition whose religious affiliates happen to be in the majority. Peoplehood is an illusion in places where there are too many peoples, too many guns and the government is the way that one group forces its will on another.

Democracy, under such circumstances, is a way for the majority to assert its identity as the defining national identity. And once that's done, future elections become optional. Egypt's election was no more about the ascension of the common man or individual freedom than Saddam Hussein was busy playing with his Playstation in the hole while waiting for the Americans to come and get him. Like the American elections of 2012, it was about entitled groups elevating a totemic figure on a pole that represented their identity. And when group identity is asserted as national identity, then elections come down to demographic contests where group power, not ideas or policies, is the true prize.

Group votes don't lead to human rights, they lead to group privileges. They lead to rights for some and no rights for others. They lead to a group state where group membership is citizenship and lack of group membership is treason. And that is exactly what the Arab Spring has given us;an Egypt where religion defines citizenship and a Syria where religion determines who you'll be shooting at. This is Muslim democracy and it's a foolproof recipe for civil war and tyranny, in any order.

Dictatorship is democracy and democracy is dictatorship. Elections don't lead to a marketplace of ideas and smooth transitions, but to populist power grabs that eventually end in new revolutions. When no one group emerges as the winner, then there is a transitional period of chaos that some mistakenly assume are the birth pangs of democracy, but actually act as the prelude to the rise of a new tyranny. Where the population is do divided and the military is so inept that no such tyranny is possible; you end up with Lebanon. Perpetual civil war.

There might be a way out of this conundrum, but parachuting elections into the region is not the answer. Nor is getting rid of the dictators only to replace them with new dictators. And really why should we expect Egyptians or Iraqis to be able to do what millions of our own citizens cannot? When our country is ruled by a man who commands demographic bloc votes, then who are we to tell Egyptian Muslims not to act like them?

And that raises the final question. Who are we really selling democracy to and why? The Arab Spring stampeded otherwise sensible people into believing that they had to buy into an inevitable trend or be left behind. But there was no inevitable trend. Not even Islamism is truly inevitable. The inevitable progress of history is a progressive myth. History is not the inevitable outcome of a philosophy, but the accumulated interpretations of past events.

History did not arrive in the Arab Spring, it was manufactured, shipped and uncrated in Tahrir Square by legions of hardworking activists and reporters. And the history isn't going where they expected it to. And it won't even go where the Islamists expect it to. Because there are two kinds of democracy. One is the tame democracy of the ballot box where people vote in a fixed pattern. And then there is the wild democracy of crowds, of the chaotic interactions between popular needs and patterns of power. The overgrown territories of that wild democracy is where inevitable history goes off to die. 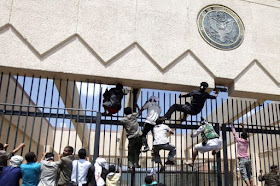 We were told that the end of the era of dictators had arrived. And here is Morsi squatting on a brand new throne while the mobs cry for his head in Tahrir Square. The inevitable history has become caught in its own circularity in a region where events have a way of repeating themselves, even more so than they do on the outside. The era of dictators has neither begun nor ended. It merely goes on existing for as long as people go on crying for freedom when they really mean power.

The United States sought to end the cycle of violence by replacing dictators with elections, but it was a doomed course of action considering how close the United States has been drifting to electing dictators. American politics has had its ups and downs, but it has been relentlessly polarized for the last twenty years with no end in sight.

All the efforts invested into promoting democracy abroad might have been better employed by working safeguard the character of a nation that is capable of choosing its representatives through elections, rather than using those same elections to ratify its tyrants. Egypt will be Egypt and Iraq will be Iraq. It is up to their people to find a way out of their cycle of violence and tyranny. Our task is to make certain that America remains America and that we do not find ourselves in the same cycle as the protesters challenging tyranny in Tahrir Square.
Daniel Greenfield at December 03, 2012
Share