The difference between victory and defeat often comes down to morale. You've seen it in baseball games and wars. It's that faint sense of air leaking out of the balloon. A weariness and malaise that kicks in when one side decides it can't win and doesn't want to be here anymore. 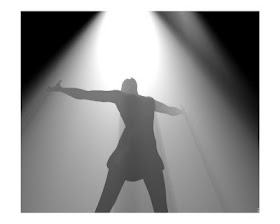 November 2012 was not a defeat. It was a loss in a close election that rattled the Democrats by showing just how much of the country had turned on their savior. It was a rebuke to Obama's mismanagement of the country and the economy over the last four years.

Or it would have been if the Republican Party had not reacted to its loss by screaming and wailing in despair after their hopes were ludicrously inflated by establishment posters. Followed by running around like a chicken without a head because we fell 400,000 votes short of winning key states. And this defeatist behavior has helped the media create the myth of a second-term mandate.

The more Republicans treat the election as a renunciation of everything that they stand for or a reason to give up on the country, the more Democrats posture as having won a tremendous ideological and cultural victory, instead of a limited strategic victory. Our reaction legitimizes theirs.

Republican consultants and pollsters fed the dream of an easy victory and that vision of an inevitable victory made the actual defeat much more shocking and devastating. It made people despair thinking that if we couldn't win an election this "easy", then it's completely hopeless. But this was never going to be an easy ride. Not against the first black man in the White House with a money advantage and the media in his pocket. Not against opponents running a coordinated smear campaign while rigging the economy in their favor.

Obama may have Carter's policies times ten, but he also has the image and the ruthless political machine of JFK. And even Reagan had to work hard to beat Carter. It wasn't the easy ride that some Republicans like to remember it as. Even though the economy was a disaster, the hostages were in Iran and Carter's performance had been so bad that he had a high profile Democratic challenger in the form of Ted Kennedy who took the fight to the Convention; Reagan did not break out until the debate. Now imagine Reagan running against JFK. The man in the cowboy hat might have won, but let's not pretend that it would have been any easier than it was for Romney.

Beating Obama was possible and for a brief shining moment the window was open, when Romney had one good debate performance, but then it closed again as the storm blew in and the polls filled up with the handpicked demographics of the welfare state. And we lost, but we also won. 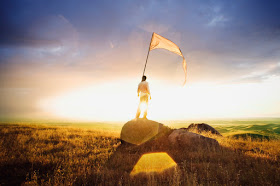 Win or lose, elections send a message and the message for this election to Obama was not, "We like what you've been doing the last four years. Great job!"

Obama lost his mandate. To win, he had to run a divisive campaign dependent on minority groups. And that locks him in a box outside the mainstream. Forget any of that nonsense about bringing the country together again. That is over and done with. The transformation of Obama from mainstream leader to bellicose mouthpiece for the left was completed at his first post-election press-conference.

Republicans might understand what this means if they weren't busy with an opportunistic internal civil war. And if sizable chunks of the rank and file weren't busy proclaiming that no election can ever be won again because the demographics of the country had changed so dramatically and everyone is so addicted to free stuff.

Neither one is true.

The demographics have not made it impossible for Republicans to win, not unless Republicans make that a self-fulfilling prophecy by jumping on the amnesty express. And you can beat Santa Claus, because our fat red man is a redistributor and does not give or take equally from all.But doing that requires spending more time making a case on the specific individual economic impact , rather than endlessly singing the wonders of free enterprise and depending on enough people to align with your economic philosophy to carry you over the top.

Romney was great when it came to talking about the impact of the economy on large businesses. He was much poorer at connecting to the concerns of ordinary people. He wasn't Reagan and Obama is a much better campaigner than Carter and there was no significant split in his party to tie him down. His victory was not inevitable, though he came close. A better candidate might have won. Even Romney might have won if he had tackled a wider range of issues and done a better job of connecting with the frustrations and anxieties of ordinary people.

In a period of prosperity or hope, he might have even been the perfect candidate. And it's not hard to imagine the electorate choosing someone like him to preside over growth and prosperity. But Mitt was running for the wrong job at the wrong time. He was running for the presidency of a bankrupt company and the shareholders were no longer at the point where they wanted someone competent and professional to run the company. They wanted someone who shared their anger or would protect them from the worst of the company's collapse.

And that may be the larger reason why Romney lost.

This was a loss and there are lessons to be learned from it, but it was not a repudiation of conservative values, the end of America or any of the other things that some people keep insisting it is.

The country isn't lost and acting like it is will just make it easier for the Democrats to win. Right now the establishment is trying to sell out the base and the base is abandoning ship. That is a truly toxic combination which could very well accomplish what this defeat did not. It can bring down both the Republican Party and the Conservative movement.

On the one hand we have Liberal Republicans who want to realign their party as a less extreme version of the Democratic Party. On the other hand we have Paleoconservatives who view the country as a hostile cultural territory that they are no longer interested in fighting for, but a liberal Sodom and Gomorrah that they would be happy to see burn. Some expect a better America to emerge out of the ashes. Most do not. They just want to see America destroyed to prove their point.

Pulling out of the political process is no answer. It's comfort food before the apocalypse. There isn't any room in this country for private enclaves, cultural or otherwise. Not when the left gets through with it. There will be as much room for a real or virtual conservative enclave in 2035 as there was for one in the USSR in 1932 or as there is for one today in Cuba. If the left consolidates its control, then the only place to go will be underground, alive or dead. History bears ample witness to that.

Right now we can still fight and win, but the window is closing on that. If we accept the premise that change is no longer possible, then it really will be all over. 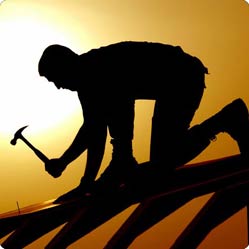 The left has not won. It is doing what it always does, acting as if its victory is inevitable. And that is the sum of its ideology. The left believes that its movement is the inevitable progress of history. It believes that it must win, it's only a matter of time. That sense of inevitability can be a powerful thing. And its opposite number, the thing that the left tries to instil in its opponents, the sense that they are doomed fossils, dinosaurs watching the comet, is equally powerful in killing hope and urging on the false wisdom of bowing to the inevitable. Amnesty, why not? It's inevitable.

Defeat is a teacher. How we behave in defeat shows what we are made of. It shows whether we have what it takes to win. If we fail the tests of defeat, then we shall never be worthy of victory.

Kipling said it best in his famous poem, "If". "If you can meet with Triumph and Disaster/And treat those two impostors just the same/If you can bear to hear the truth you’ve spoken/Twisted by knaves to make a trap for fools/Or watch the things you gave your life to, broken/And stoop and build ’em up with worn-out tools."

The question is can we do that? Will we bend down and do that?
Daniel Greenfield at November 24, 2012
Share