There is No Peaceful Solution to Terrorism

It has become fashionable in modern circles to believe that terrorism is the cry of the oppressed, that bombs on buses are the voice of the disempowered and that beheaded schoolteachers are the response of a people deprived of their human rights. They are of course wrong. 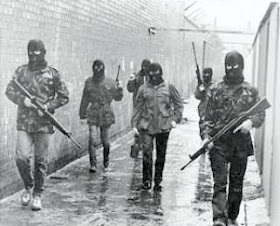 Terrorism is nothing more strategic atrocity, a horror show meant to shock and repulse, to weaken morale and bring about negotiations. Which is precisely what diplomats and peace activists willingly provide them. Their notion of a "peaceful solution" invariably ends with the butchers in charge and everyone else on the run. The result may indeed be a peaceful solution, insofar as anyone who disagrees has been executed or fled into exile, and a reign of terror insures that no one disturbs the peace.

The liberal premise is that terrorists are themselves victims who act violently only because they lack any alternative recourse. And yet when given a chance to rule, terrorists invariably demonstrate that they are not monsters because they are oppressed, but that they are oppressed because they are monsters. Communist terror on behalf of the oppressed peasants and workers before the Revolution, was nothing compared to the horrors that were unleashed under the USSR. Nazi violence on behalf of a dispossessed Germany proved to be forgettable compared to the genocide they unleashed as the ruling party. Palestinian Arab terror before the Oslo Accords seems almost simple in comparison to their reinvention of Suicide Bombings after the agreements granting them autonomous territory inside Israel.

From Shiite terror in Iran to the Taliban in Afghanistan. From Latin American Marxists to the Brown Shirts of Berlin to Mugabe and the Viet Cong -- empowered terrorists are not peaceful terrorists. A brutal thug before a treaty is no different than the same brutal thug after the treaty. The only difference is how much power he has.

There is no peaceful solution to terrorism, because terrorism is not a peaceful act. The only way to defend against force is with greater and smarter force. To try and make peace with terrorists is to reward their tactics and insure that they will be repeated over and over again. You cannot defeat terrorism by making peace with it. You can only bare your own throat to the knife.

That is a lesson that Israel has been demonstrating for 17 years during which every treaty, each agreement and concession has been met with greater and deadlier outbursts of violence and terrorism. Israeli concessions on Ramallah, led to suicide bombings in Tel Aviv. The forced evacuation of Jews from Gaza led to rockets raining down on Israeli villages. The willingness to negotiate after all this has turned Jerusalem into a war zone. If Israel agrees to the latest US-EU plan to divide Jerusalem-- the war will move on to the Galilee and the Negev. The apartments in Jerusalem that were once used for target practice by Jordanian snipers occupying half the city, will in turn be used for the same purpose again by Fatah and Hamas terrorists. But one thing is certain, the violence will grow and continue.

To reward a terrorist for his terrorism is to legitimize terrorism as a tactic, not only morally, but politically. The occasional liberal who suggests that terrorists would gain more sympathy if they used civil disobedience, rather than bombing pizzerias, is clearly not paying attention to the consequences of his own politics. The Dalai Lama and the Tibetan Buddhists who have stuck to non-violent protest and moral agitation have no state and no hope of ever having one. By contrast Arafat and the greasy thugs who inherited his place, rule over a major chunk of Israel. The difference lies in the willingness of diplomats to search for "peaceful solutions" for mass murderers, but not for their victims. 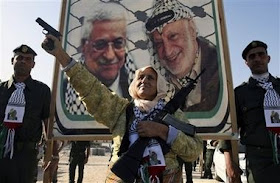 Mugabe's Zimbabwe, Hitler's Germany and Arafat's Palestinian Authority all provide eloquent testimony to the consequences of cutting deals with terrorists. Whenever terrorists have been given charge of a country, whether it is the Bolsheviks or the ANC, the Sandanistas or the Nazis, the 26th of July Movement or the Taliban-- the result has been an ugly and dysfunctional country. The ugliness may be covered up with propaganda on the surface, particularly if the terrorist movement has foreign sympathizers on the right or the left in the international press-- but it is easy enough to see.

The wages of terror are more terror. The wages of conspiring together with evil is death. No amount of treaties or concessions can paper over the hard truth that evil will not be pacified with a few provinces or hundreds of millions of dollars in foreign aid. Take a murderer serving a life sentence out of an American prison, give him his own state and an armed gang to oversee a city. The results will be painfully predictable. And to see them in action you only need to go to the Palestinian Authority or Zimbabwe, which unless you're a fellow traveler of those in charge is a risky proposition.

And while free nations fuss and worry over the morality of torture and targeted killings of terrorists-- there is rather a shortage of concern over the morality of negotiating with mass murderers with the aim of putting them in charge over the lives and fates of millions. But of course terror isn't terror, when it's practiced by the "right" people. It isn't terror when the butchery is progressive. When the dungeons and rape rooms are stocked with the enemies of a socialist regime. And vice versa.

Liberals shed more tears and vented more fury over the captured Baathists with women's underwear on their heads at Abu Ghraib than they ever did over the hundreds of thousands gassed, raped, hacked to pieces and tortured to death under Saddam. The reporters who wept sickeningly when an HIV positive terrorist toad was airlifted out of Israel, for once bereft of his familiar pistol, and airlifted to France, to finally croak in Paris, had no tears to spare for any of Arafat's legion of victims, both Jewish and Arab.

The phony outrage directed over the aging Mugabe's reign of terror in Zimbabwe is pure hypocrisy by the very same people and countries who forced the United African National Council out of power, to make way for Mugabe, who had by that point already become notorious for brutally murdering his political opponents. But then the wages of terror are always terror. And that includes politically correct terror, progressive terror and whitewashed terror as well. 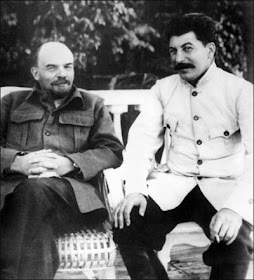 There is and has always been only one solution to terrorism. It is the very same thing that is done when a murderer is found to be roaming the streets. You stop the murderer. You do not sit down and negotiate the murderer. You do not discuss his point of view. You do not shake hands with him or hold photo op conferences. You kill him. And if you begin negotiating with murderers in the name of pacifying them, then soon you will have a great many murderers and a great many murders as well. And then there will be peace, the peace of the grave and the peace of the slave.

There is only one moral response to terror, to make no peace with it. To determine that terrorism and its practioners must be destroyed. That they are to be treated as the inhuman monsters that they are. That those who shelter, arm and finance them are to share their fate. That their sympathizers and well wishers, their lawyers and media adorers should be seen no differently than the men and women who unleash rabid dogs in a schoolyard. Only when terrorists are shown no mercy, when they and their works are uprooted and destroyed, and when there is no safe place or shelter for them-- will there at last be a peaceful solution to terrorism.
Daniel Greenfield at December 08, 2009
Share