Tax Cuts not Tax Hikes; How Israel Beat the Recession

While most of the news narrative about Israel focuses on its daily struggles against terrorism, a more subtler international controversy is brewing as Prime Minister Netanyahu and Finance Minister Yuval Steinitz continue to insist on enacting corporate tax reform, cutting corporate and high income bracket taxes, despite opposition from domestic sources and the International Monetary Fund. 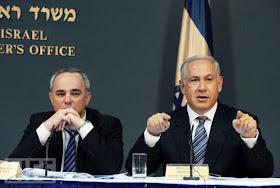 The media while focusing a great deal of attention on capitalism's "failings" abroad, particularly in Iceland, has ignored success stories such as Israel's as inconvenient to their socialist agenda. Yet in his second term, much as in his first term and his tenure as finance minister under Sharon, Netanyahu has gone against the conventional wisdom by emphasizing privatization and tax cuts. Teamed together with Dr. Yuval Steinitz, Israel's Finance Minister, who in the aftermath of Oslo went from far left wing protester to patriotic conservative, the results have been striking.

Israel's GDP has continued to grow throughout 2008 and 2009, even as under Obama the GDP has gone deep into negative numbers territory. Despite rising boycotts in Europe, an ongoing war at home and the entire Muslim world virtually closed to Israeli businesses, Israel's economic picture looks better than that of the US under Obama. Israel has a lower unemployment rate than the US and the EU.

While virtually every major power responded to the recession with stimulus plans, instead of panicking and throwing money at the situation, and pumping up the size of the debt in the process, Israel has instead worked toward stability and encouraged job growth through tax cuts. In doing so Israel joined the ranks of countries such as the Czech Republic, South Korea and Canada who have cut corporate taxes to attract business growth, instead of spending wildly on government programs that do nothing to promote economic growth, as Obama has done.

As a result of Dr. Steinitz's wise fiscal management, Israel's debt-to-GDP ratio rose less than a percent since 2008. Meanwhile Obama's spending has dramatically increased America's debt-to-GDP ratio with the result that it is climbing at a rate of one percent per month. "The question in this [economic] crisis is not how fast we can get out of it but at what price," Dr. Steinitz said. Contrast that with the shrill calls by left wing economists such as Krugman for the US to spend whatever it takes and rack up any amount of debt. Government money is not a steam engine toward economic recovery, rather it is part and parcel of the economic problems that delay recovery.

While Israel's tax rates still remains too high, a legacy of a socialist past in which Labor Prime Ministers actively discouraged businesses in favor of cooperatives, Netanyahu's reform program is putting Israel on the right track by trying to grow the national GDP, instead of pushing more socialist programs thinly disguised as economic stimulus plans, as Obama and far too many other world leaders have done. While the US has not cut corporate taxes in decades and Obama is actually pushing companies further out of the country by aggressively targeting corporate profits, countries around the world such as Switzerland and Israel are demonstrating that cutting corporate taxes is a better way to attract business without killing the goose that lays the golden eggs. 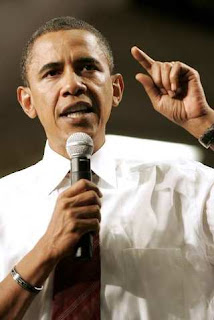 Raising tax rates to punish companies is a sure way to push them into going abroad, shifting their base of operations to countries that actually want the jobs and economic productivity that they bring. Yet that has been the agenda of the prophets and pundits of socialism who have charged that the recession is proof that capitalism is unworkable and keep trying to whip up anti-business sentiment in order to enact a socialist agenda. Destroying free enterprise means destroying freedom by destroying any possibility of social mobility and economic survival that is not dependent on government control.

Not all is sunny in Israel however, chiefly because the government is unable to control its spending. The lack of a constitution and an official separation of powers, combined with a radically left wing judicial establishment, has turned the Israeli Supreme Court into an insatiable agenda mongering monster that intervenes wherever it sees fit to promote a left wing political agenda. This has meant an activist judiciary that interferes in everything from the recipient of the Israeli Prize, to Kosher supervision in restaurants, to the path of the border wall, and to every social and political policy where Beinish and her cohorts can intervene and overrule the government.

Dr. Yuval Steinitz has called for a bill that would control the ability of the Israeli Supreme Court on issues where the expenditures would devastate the budget. Such a bill is not likely to be passed, but Dr. Steinitz has played an important role by opening a dialogue on the subject. And he has also pointed out that white collar crime and corruption play a far more devastating role in draining the economy than has generally been accounted for. Dr. Steinitz's call for the Israeli Supreme Court to demonstrate some fiscal responsibility has been met with the usual hysterical accusations of incitement, a standard response by the Israeli left to any criticisms leveled against it.

A larger problem is Israel's coalition government structure in which a parliamentary majority is achieved by building as large a coalition as possible at the expense of a vast amount of pork ladled around to everyone concerned. This makes it even more difficult for Israel to control government spending, than it is for the United States Federal government, because the Israeli Knesset's no confidence vote eliminates any real separation between the Prime Minister and parliamentary budget disputes. The lack of regional parliamentary representation further entrenches political interests, without tying to them to anything but their own party.

Netanyahu has had a great deal of difficulty changing the system and the result is a high debt to GDP ratio. And while Israel might have avoided the stimulus trap under Dr. Steinitz, spending cuts represent a virtually impossible battle as Netanyahu tries to push Israel away from a socialist system in which everyone feels entitled to government money and assumes that he's a "freyer", a sucker losing out while everyone else is cashing in. Netanyahu deserves much of the credit for Israeli's economic reforms, its privatization, tax cuts and reforms. But socialism has a powerful gravity well in which social activists, activist judges, rent seeking businesses and political interests combine to suck the public and the government back in over and over again.

Netanyahu and Dr. Steinitz have done a good job of shepherding Israel through the economic crisis, but the worst political crises are still ahead. The Histadrut, Israel's once nearly unstoppable left wing trade union which held a death grip on the Israeli labor force, has been gravely weakened, but is far from gone. It still exercises a vast amount of power compared to American unions, and its admission of migrant workers suggests that it may be imitating American unions in reconciling itself to a changed workforce.

Israel's example does demonstrate that the best response to the recession is not to panic and work on creating a business friendly environment, rather than spending like mad in order to stimulate a debt economy. Because you do not grow an economy by taxing it, but by letting it breathe.
Daniel Greenfield at December 21, 2009
Share